An address to a joint session of Congress is essentially the State of the Union address, however, it is not referred to as such until the president’s second year in office. Pelosi invited Biden to give the address in a letter, setting the date for April 28, which Biden accepted.

“Nearly 100 days ago, when you took the oath of office, you pledged in a spirit of great hope that ‘Help Is On The Way.’ Now, because of your historic and transformative leadership, Help Is Here!,” Pelosi wrote in the letter.

“In that spirit, I am writing to invite you to address a Joint Session of Congress on Wednesday, April 28, to share your vision for addressing the challenges and opportunities of this historic moment. Thank you for considering this invitation to speak to the Congress and the Nation,” she continued. 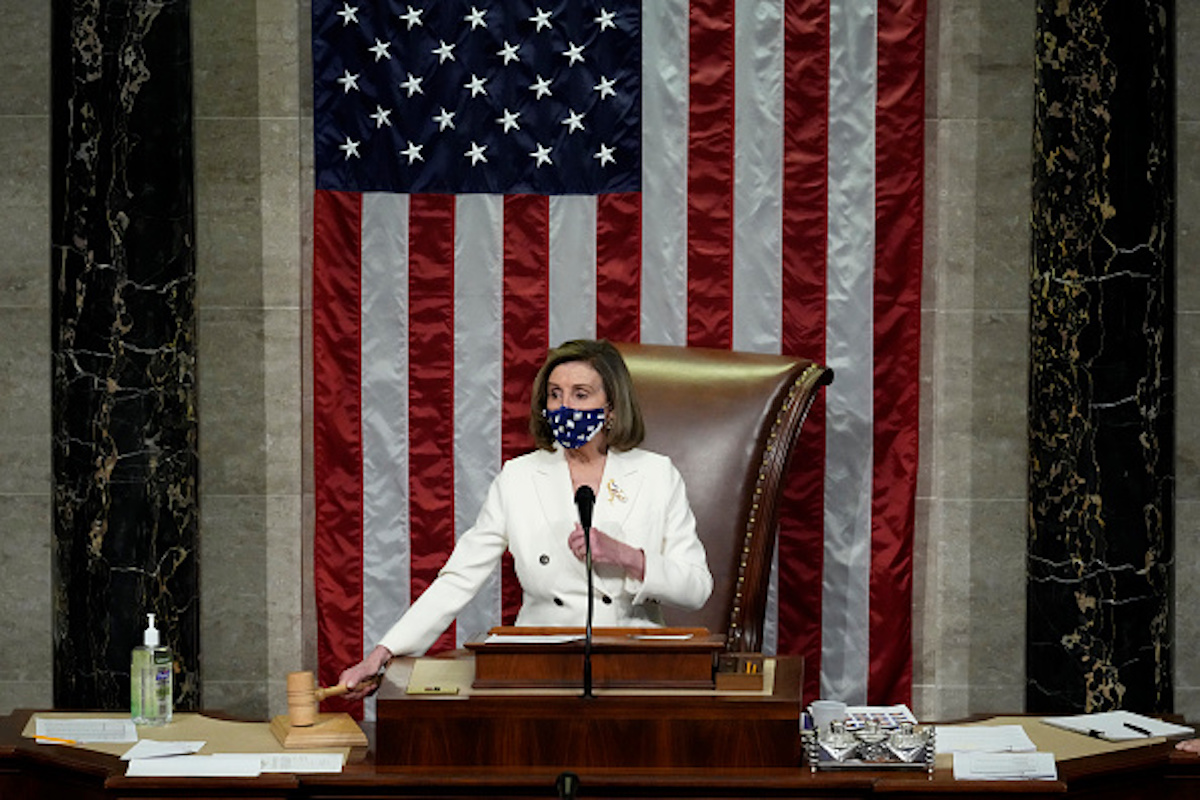 Speaker of the House Nancy Pelosi (D-CA) raps her gavel after the House voted to pass coronavirus relief package H.R. 1319 in the House Chamber of the U.S. Capitol on March 10, 2021 in Washington, DC. (Photo by Drew Angerer/Getty Images)

In the past, presidents such as Donald Trump and Barack Obama held their joint session of Congress in late February. Trump delivered his on Feb. 28, 2017, Obama delivered his on Feb. 24, 2009. Trump’s was the latest to date, however, Biden has now surpassed him. (RELATED: We Still Don’t Know When Biden Plans To Address A Joint Session Of Congress)

“Next month, in my first appearance before a joint session of Congress, I will lay out my ‘Build Back Better’ recovery plan,” Biden announced in late January.

White House Press Secretary Jen Psaki was asked about the timing of a joint session of Congress in early March to which she replied Biden had never committed to a date or a month and said she did not have any dates on the calendar during a February briefing.

“It was never planned to be in February, and we don’t have a date for a joint session at this point,” Psaki told reporters then.