When users attempt to share the article on their Facebook walls, they receive a message saying that the post violates community standards. The social media giant likewise prohibits sharing the article via direct message. 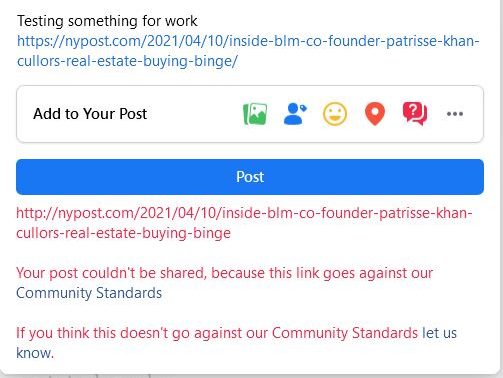 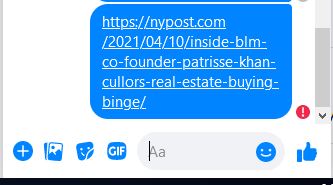 The New York Post article details multiple home purchases Khan-Cullors made in Los Angeles and Atlanta. She also reportedly considered buying property at an exclusive resort in the Bahamas. While the article does share photographs of some of the properties, it does not include street addresses. (RELATED: BLM Co-Founder Says Owning 4 Homes Doesn’t Defy Marxist Principles Because Her Family Uses Them)

“The articles shared multiple details which could identify the residence of one of the BLM founders, in violation of her privacy rights …We do not allow people to post personal or confidential information about yourself or of others; We remove content that … could lead to physical or financial harm,” the statement said.

Facebook does not block articles on the same topic from other news sources, including the Daily Caller and Black Enterprise.

Other users reported that Instagram, which is owned by Facebook, blocked sharing of the story via direct message 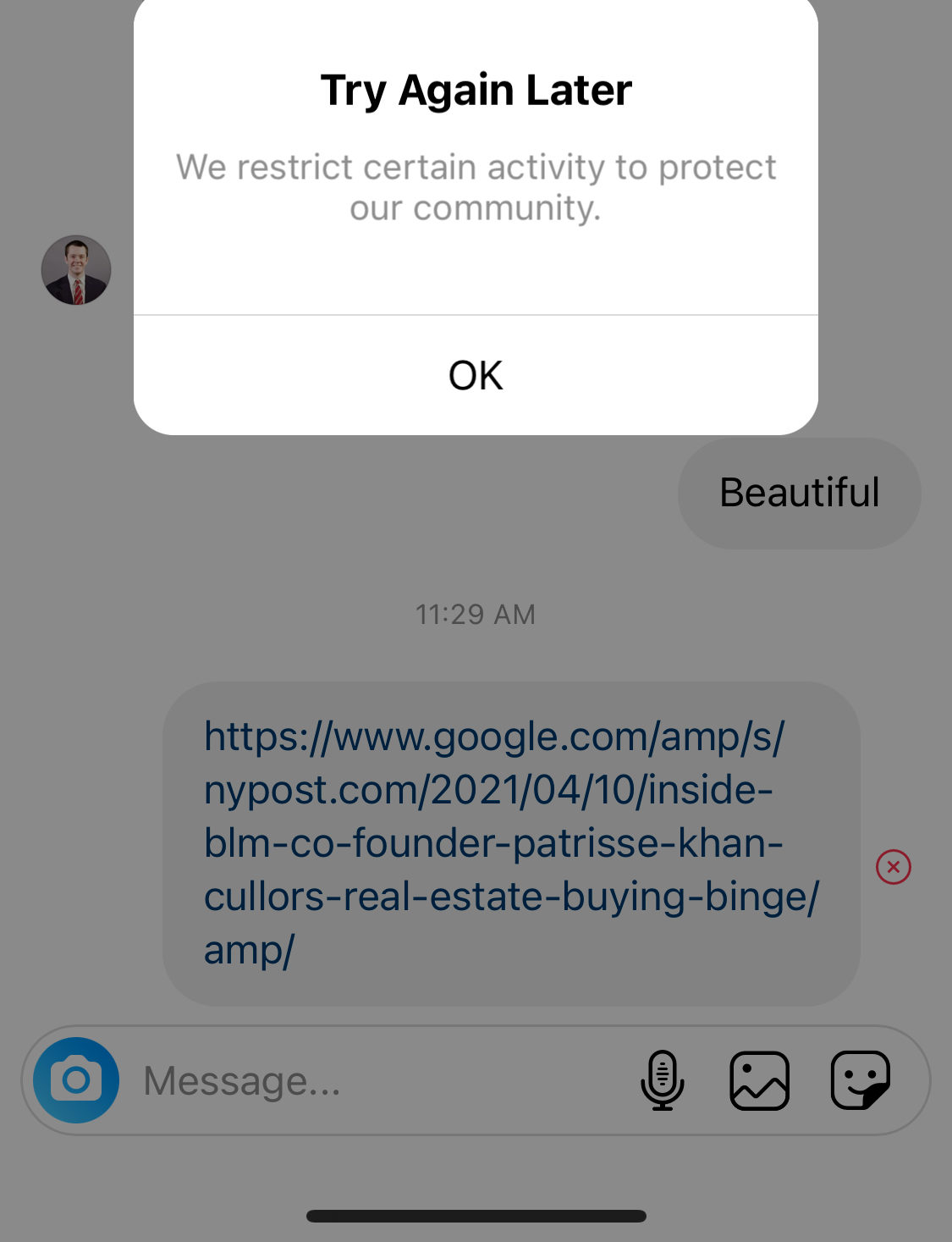 Facebook is often criticized for its moderation and censorship decisions.

The Senate Judiciary Committee subpoenaed CEO Mark Zuckerberg to explain the company’s decision to limit the reach of a New York Post report on Hunter Biden’s dealings with the Burisma energy company and Chinese companies. A Facebook spokesman said at the time that the company would limit the reach of the report due to concerns about misinformation.

The Daily Caller News Foundation independently verified the authenticity of an email from the Biden laptop.