Parler will now be available on the iOS app store after the company developed approved methods to detect and moderate hate speech on the platform, according to CNN.

Apple informed Congress of the decision via a letter addressed to Republican Sen. Mike Lee of Utah and Republican Rep. Ken Buck of Colorado on Monday, according to CNN. Parler was originally removed from the app store in January due to a lack of restrictions on users’ posts but has since been approved to return after introducing moderation policies.

Parler has accused major tech companies of anti-competitive and coordinated behavior after multiple app stores and platforms removed the app in a short window of time. Apple stated in the letter that the decision to remove Parler was “an independent decision.”

Apple told Congress in the letter that it “did not coordinate or otherwise consult with Google or Amazon with respect to that decision.” 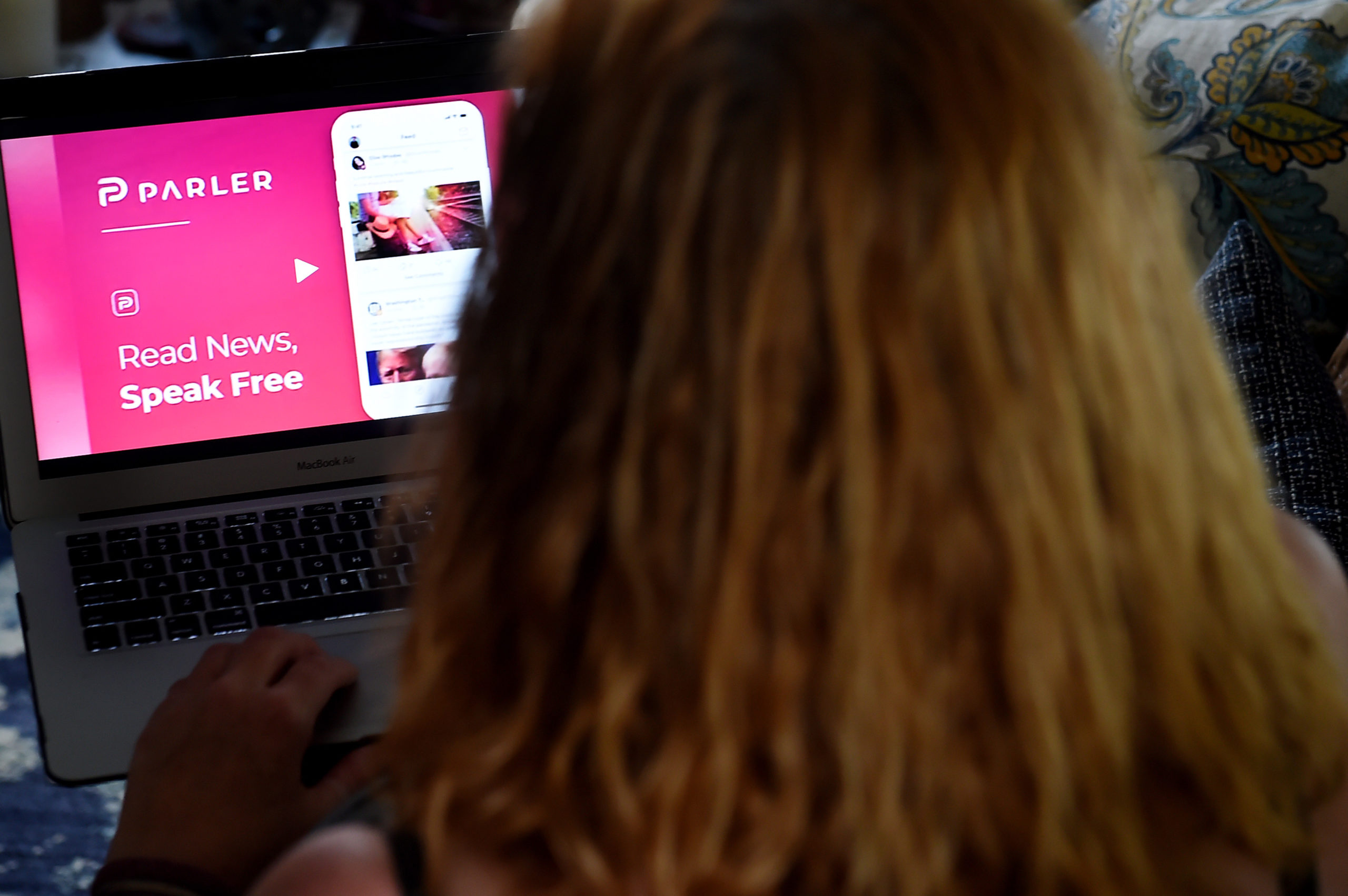 This illustration picture shows the social media website from Parler displayed on a computer screen in Arlington, Virginia on July 2, 2020. – Amid rising turmoil in social media, recently formed social network Parler is gaining with prominent political conservatives who claim their voices are being silenced by Silicon Valley giants. Parler, founded in Nevada in 2018, bills itself as an alternative to “ideological suppression” at other social networks. (Photo by Olivier DOULIERY / AFP) (Photo by OLIVIER DOULIERY/AFP via Getty Images)

“Apple anticipates that the updated Parler app will become available immediately upon Parler releasing it,” the letter obtained by CNN stated.

Parler, a popular app among conservatives, was created as an alternative social media platform that touted free speech as a core value and distinguishing characteristic.

The popular social media app was removed from Apple and Google’s app stores and Amazon Web Services earlier this year after the companies stated that Parler was not sufficiently policing and . (RELATED: Apple CEO Blasts Georgia Voting Law, But Has Stayed Silent On Chinese Repression)