The proposed legislation, introduced by Ocasio-Cortez in 2019, aims to tackle climate change and other environmental concerns at a cost as high as $93 trillion over ten years, or $653,000 per household, according to an estimation from American Action Forum (AAF). The plan calls for achieving “net-zero” greenhouse gas emissions in ten years and expanding welfare programs.

“One thing that I am very excited about is that I do believe that we have been able to influence a lot of thinking on climate and infrastructure,” Ocasio-Cortez said in an April interview with NPR. “As much as I think some parts of the party try to avoid saying ‘Green New Deal’ and really dance around and try to not use that term, ultimately, the framework I think has been adopted.” 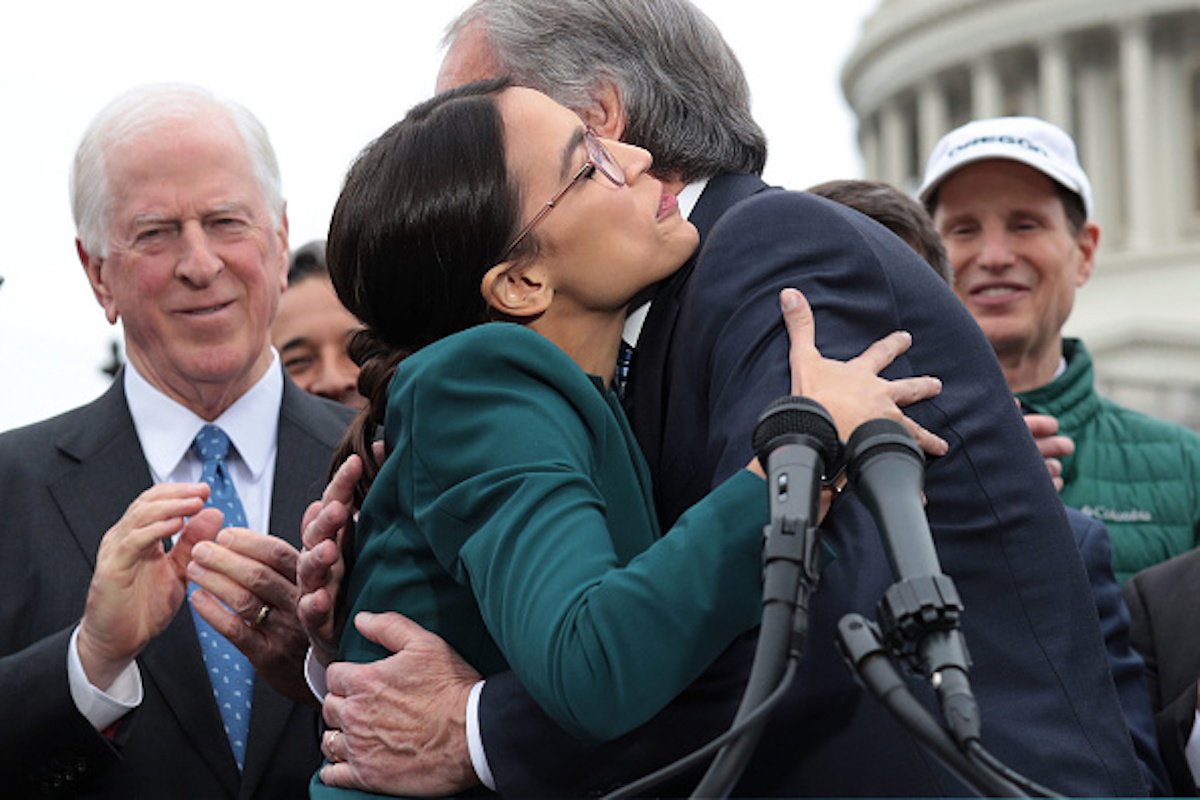 Rep. Alexandria Ocasio-Cortez (D-NY) (L) and Sen. Ed Markey (D-MA) (R) hug each other as other Congressional Democrats look on during a news conference in front of the U.S. Capitol February 7, 2019 in Washington, DC. (Photo by Alex Wong/Getty Images)

The Green New Deal sowed division among Democratic senators when it was first introduced in 2019, many of whom question the practicality of the resolution.

“It’s an aspirational document. We have to do something about the existential threat of climate change,” Democratic Wisconsin Sen. Tammy Baldwin told The DCNF at the time.

Then-candidate Joe Biden said in a September 2020 presidential debate that he does not support the Green New Deal. (RELATED: Democrats Divided On ‘Green New Deal’)

Ocasio-Cortez criticized Biden’s climate plan, saying: “The size of it is disappointing. It’s not enough,” according to NPR.

Despite some Democrats outright dismissing the package in its current form as impractical, others gave it their full endorsement.

For example, New York Sen. Kirsten Gillibrand was no-holds-barred in her support for the resolution. “Of course I am!” Gillibrand responded when asked by The Daily Caller News Foundation in 2019 if she would be supporting the Green New Deal.

The Daily Caller contacted both Ocasio-Cortez and Markey’s offices about Tuesday’s press conference to which they did not immediately respond.