President Joe Biden and Vice President Kamala Harris urged Congress on Tuesday night to pass the George Floyd Justice in Policing Act of 2021 in order to combat “systemic racism” in the U.S.

“This bill is part of George Floyd’s legacy. The president and I will continue to urge the Senate to pass this legislation, not as a panacea for every problem, but as a start,” Harris said following the guilty verdict in the Derek Chauvin trial. “This work is long overdue.” (RELATED: Biden Called The Floyd Family After The Chauvin Verdict, Here’s What He Said) 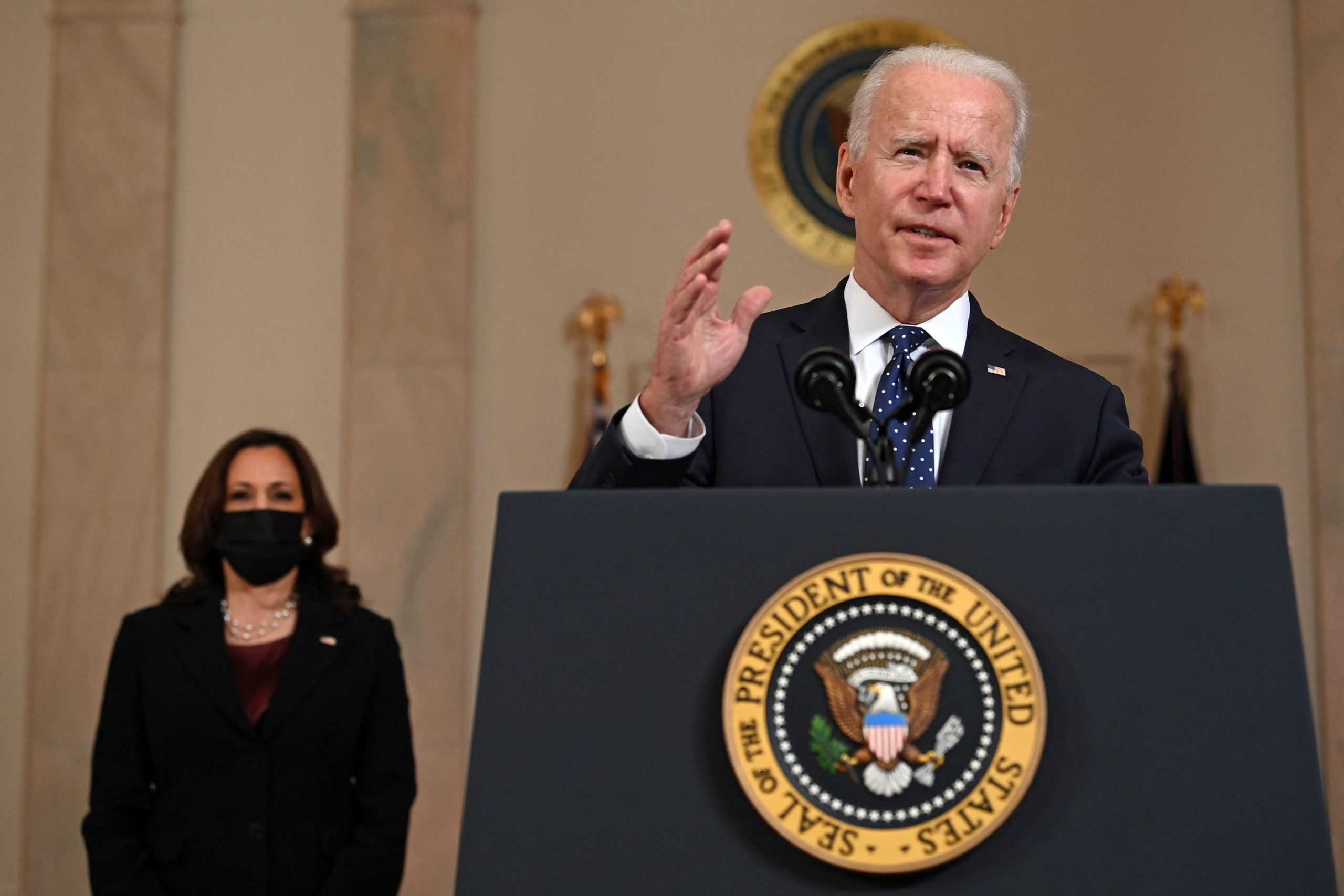 Vice President Kamala Harris (L) listens as US President Joe Biden delivers remarks on the guilty verdict against former policeman Derek Chauvin at the White House in Washington, DC, on April 20, 2021. – Derek Chauvin, a white former Minneapolis police officer, was convicted on April 20 of murdering African-American George Floyd after a racially charged trial that was seen as a pivotal test of police accountability in the United States. (Photo by BRENDAN SMIALOWSKI/AFP via Getty Images)

“Here’s the truth about racial injustice,” she continued. “It is not just a black America problem or a people of color problem. It is a problem for every American. It is keeping us from fulfilling the process of liberty and justice for all, and it is holding our nation back from realizing our full potential. We are all a part of George Floyd’s legacy, and our job now is to honor it and honor him.”

Biden said the murder of George Floyd “ripped the blinders off for the whole world to see the systemic racism … a stain on our nation’s soul” but that the Chauvin verdict was a “step forward.”

“Let’s also be clear, such a verdict is also much too rare,” he stated. “As we saw in this trial from the fellow police officers who testified, most men and women who wear the badge serve their communities honorably, but those few who failed to meet that standard must be held accountable.”

“This takes acknowledging and confronting head-on — systemic racism and the racial disparities that exist in policing and the justice system more broadly,” Biden continued.

“We can’t stop here. In order to live a real change in reform, we can, and we must do more to reduce the likelihood that tragedy like this will ever happen to occur again,” the president said in closing. “This can be a moment of significant change.”

You can watch the president and vice president’s remarks in their entirety below.