Ahead of President Joe Biden’s speech before Congress on Wednesday, where he is expected to lay out parts of his legislative agenda, recent polling data indicates Americans’ support for smaller government is at the lowest level in nearly 30 years.

Among those polled, 45% of respondents said they favor a larger government with more services. The three-point difference between supporters of smaller and larger government is the smallest margin recorded in ABC News/Washington Post polling.

The results come as federal spending increased considerably to around $6.5 trillion last year, largely in response to the COVID-19 pandemic. Biden and a Democratic-led Congress could potentially oversee $5 trillion in additional spending, according to Axios. 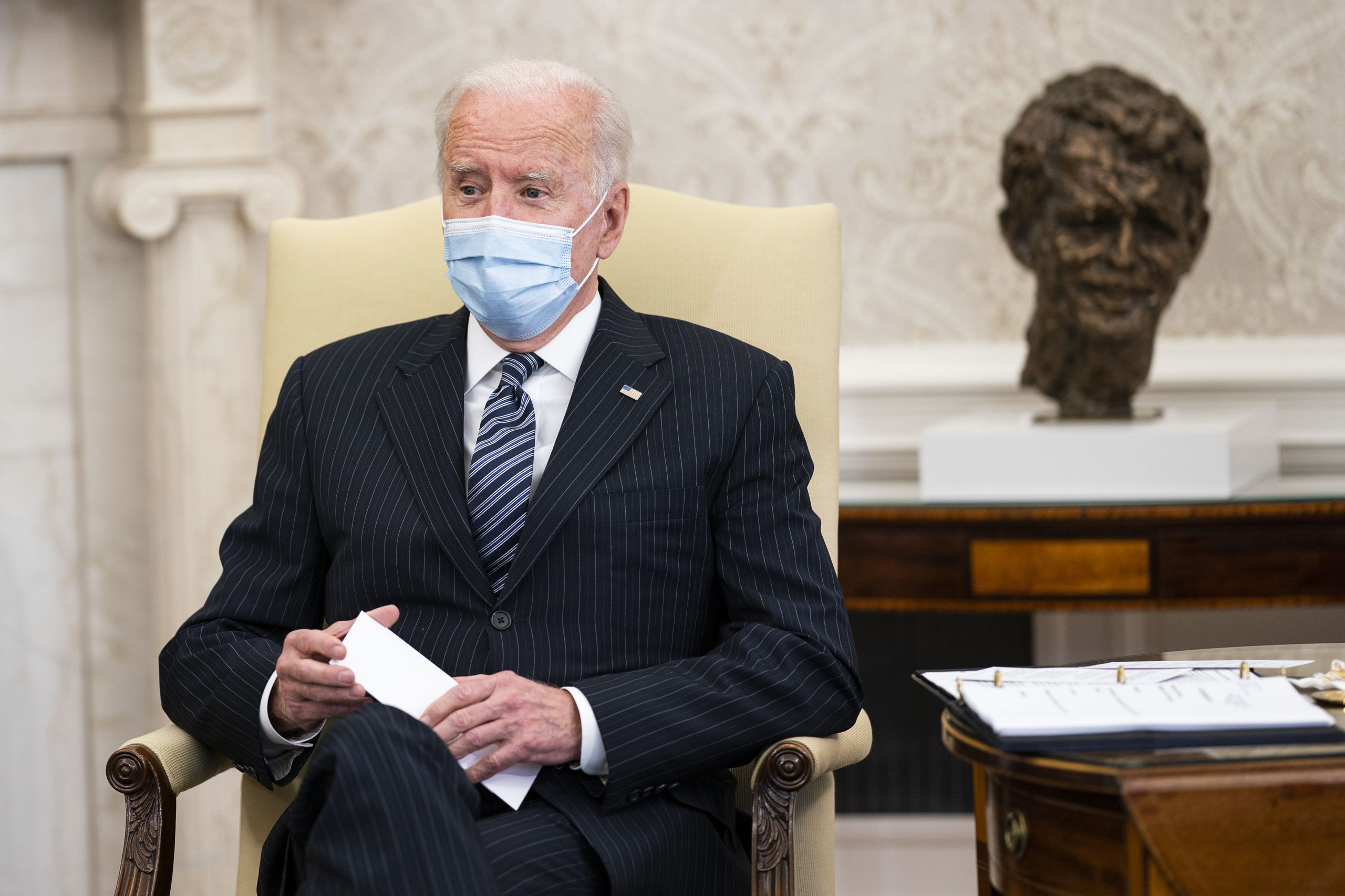 President Joe Biden speaks during a meeting with a bipartisan group of members of Congress to discuss the American Jobs Plan in the Oval Office at the White House on April 19, 2021 (Doug Mills-Pool/Getty Images)

The president signed a $1.9 trillion COVID-19 relief bill into law in early March. He also introduced a roughly $2 trillion infrastructure plan later that month, which faces opposition from Republican lawmakers over its cost and proposed tax hikes.

But the ABC News/Washington Post poll also found a majority of Americans were concerned that Biden will do too much to increase the size and role of government in American society.