“Journalists uncover the truth, check the abuse of power, and demand transparency from those in power. They are indispensable to the functioning of democracy,” Biden said in the statement.

The president continued on to commend journalists for their work during the COVID-19 pandemic, declaring that they “have been on the front lines to keep the public informed, at significant risk to their own health.”

Biden added that “the truth is increasingly under attack” these days and called for “accurate, fact-based reporting.”

“Today, on World Press Freedom Day, we celebrate the fierce bravery of journalists everywhere. We recognize the integral role a free press plays in building prosperous, resilient and free societies. And we recommit to protecting and promoting free, independent, and diverse media around the world,” the president said according to the statement. 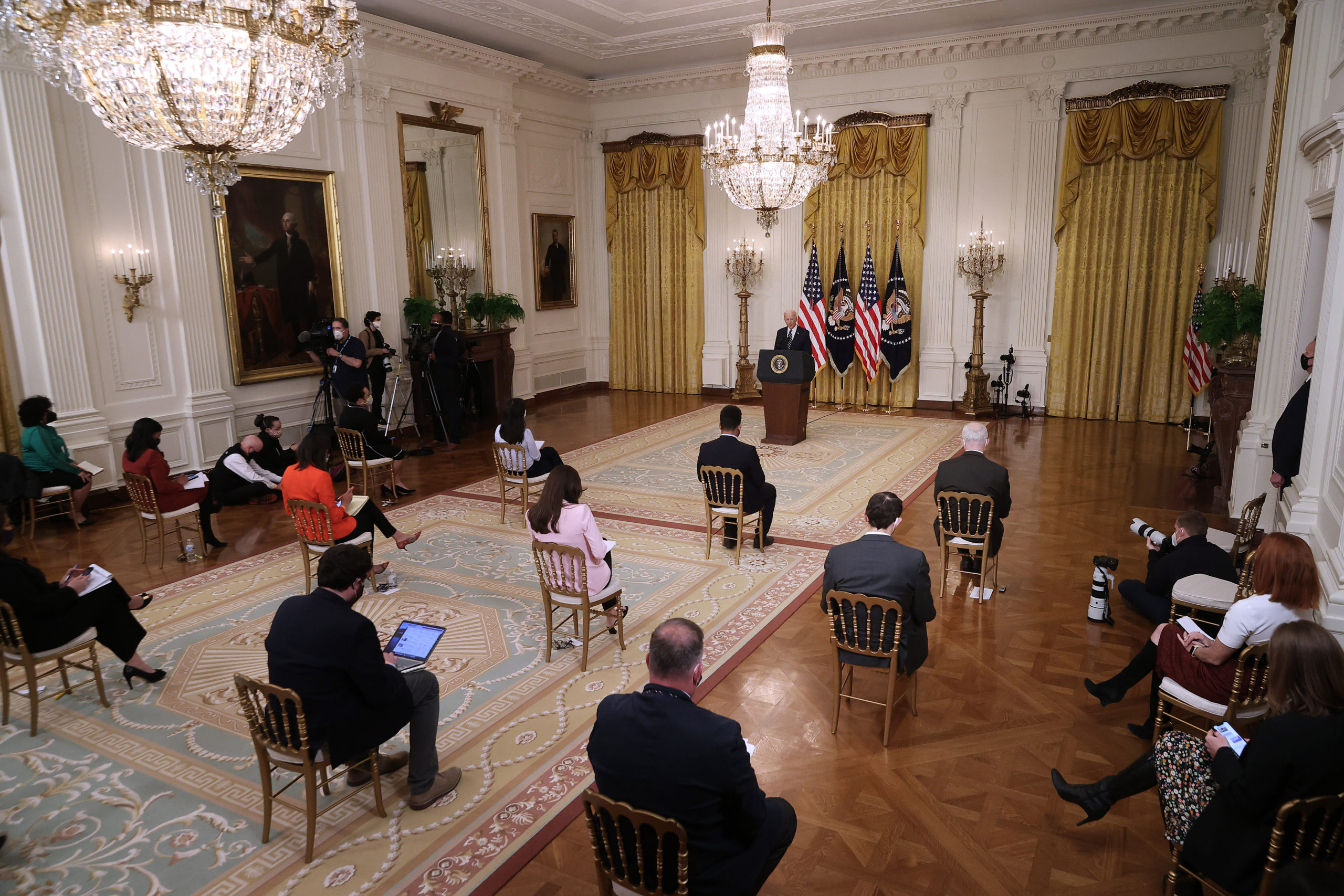 With reporters spaced out due to the ongoing coronavirus pandemic, U.S. President Joe Biden holds the first news conference of his presidency in the East Room of the White House on March 25, 2021 in Washington, DC. (Chip Somodevilla/Getty Images)

Biden also condemned attacks on press freedom, pointing to data compiled from the Committee to Protect Journalists. The non-profit found that 274 journalists were imprisoned around the world in 2020. The president referred to “these attacks” – adding in online abuse and harassment as well – as “a threat to democracies everywhere.”

“Authoritarians are striving to undermine the free press, manipulate the truth, or spread disinformation even as a shrinking news industry is creating more and more ‘news deserts,’ areas without local media, around the world. These attacks are nothing less than a threat to democracies everywhere,” Biden noted.

Former President Donald Trump consistently decried the press, declaring many to be “fake news” and slamming networks like CNN and MSNBC over various reports. (RELATED: ‘Fake News!’: Trump Calls Out CNN, MSNBC And Fox News In A Single Tweet)