President Joe Biden reportedly supports extending new taxpayer subsidies to existing nuclear power plants in the U.S. and is urging lawmakers to include the provision in his $2.25 trillion infrastructure package.

The White House signaled to the Daily Caller that the president supports nuclear subsidies but declined additional comment when pressed by the Caller on the subject Wednesday. (RELATED: Biden Just Doubled Obama’s Goal For Cutting Emissions But Won’t Release His Plan For Getting There)

The new nuclear subsidies will reportedly resemble the tax credits wind and solar energy producers already receive based on their total energy output levels. They also would seek to stop the wave of nuclear plant shutterings due to rising security and maintenance costs, according to Reuters. 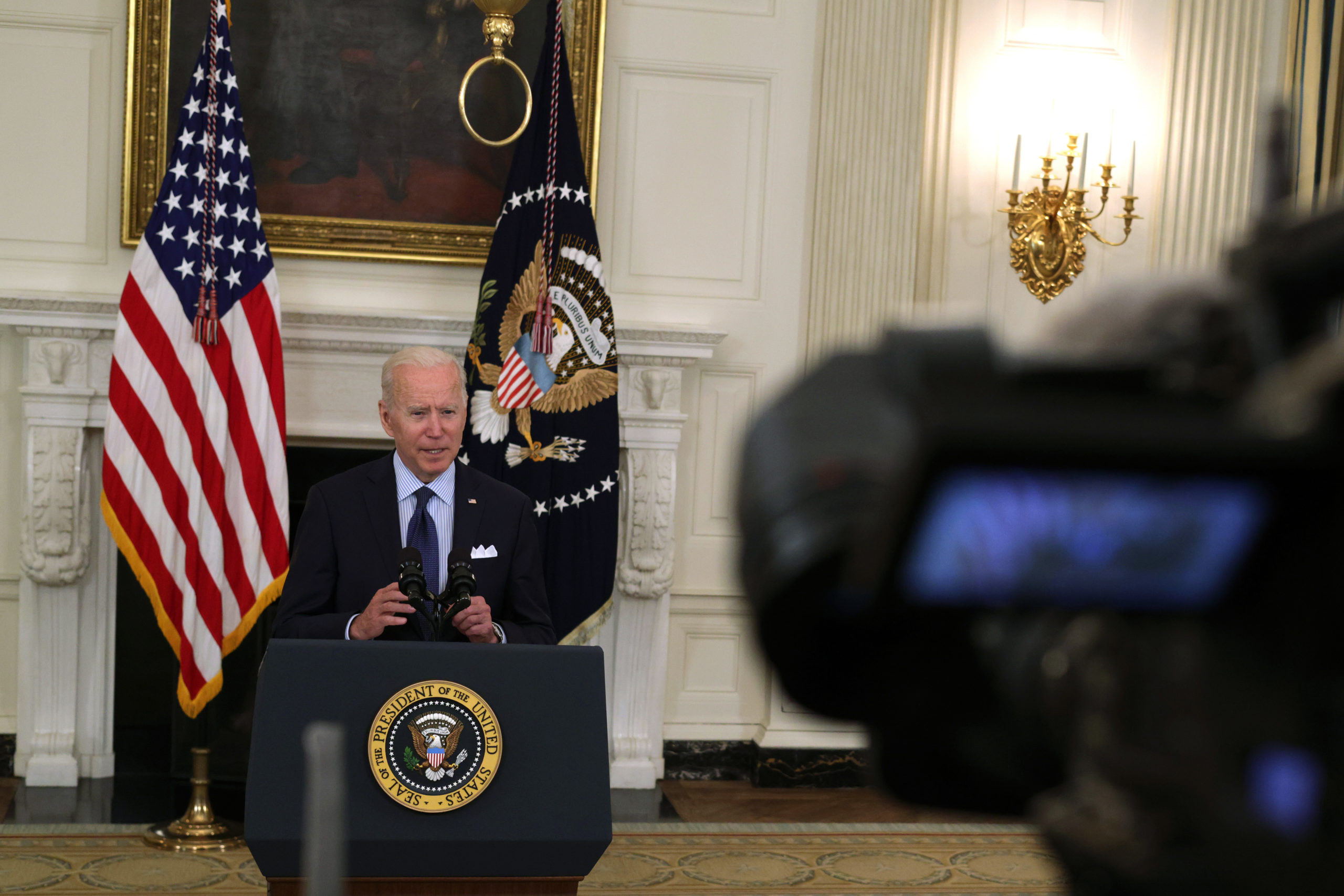 WASHINGTON, DC – MAY 04: U.S. President Joe Biden delivers remarks on the COVID-19 response and the vaccination program during an event at the State Dining Room of the White House May 4, 2021 in Washington, DC. President Biden set a new goal to have 70% of adult Americans with at least one shot and at least 160 Americans fully vaccinated by July 4th, 2021. (Photo by Alex Wong/Getty Images)

Biden wants to cut America’s carbon emissions by more than half over the next decade with goals of becoming a carbon-neutral producer by 2035.

“Meeting this moment is about more than preserving our planet,” he said in April when announcing his new emissions goals. “It’s also about providing a better future for all of us. That’s why, when people talk about climate, I think jobs. Within our climate response lies an extraordinary engine of job creation and economic opportunity ready to be fired up.”

“The United States is not waiting, the costs of delay are too great, and our nation is resolved to act now,” the White House added in a written statement. “Climate change poses an existential threat, but responding to this threat offers an opportunity to support good-paying, union jobs, strengthen America’s working communities, protect public health, and advance environmental justice.”

The nuclear subsidies could potentially help the administration’s efforts to gain support for Biden’s proposal from Congressional Republicans.