A parent complained about a first-grade teacher reading books promoting pro-LGBT views to her students, and the teacher and the school district board reportedly refused to address her concerns, according to Young America’s Foundation (YAF).

YAF first reported the story after they received an anonymous tip through their Campus Bias Tip Line.

According to screenshots of emails YAF provided to the Daily Caller, a student’s parent had written to Jennifer Miller, a 1st grade teacher in Bellingham School District, Washington State, complaining that the teacher was reading books promoting “gender dysphoria” in class without the knowledge of the students’ parents. (RELATED: Biden Education Secretary Pick Says Schools Have Responsibility To Let Biological Males In Girls Sports If They Are Trans) 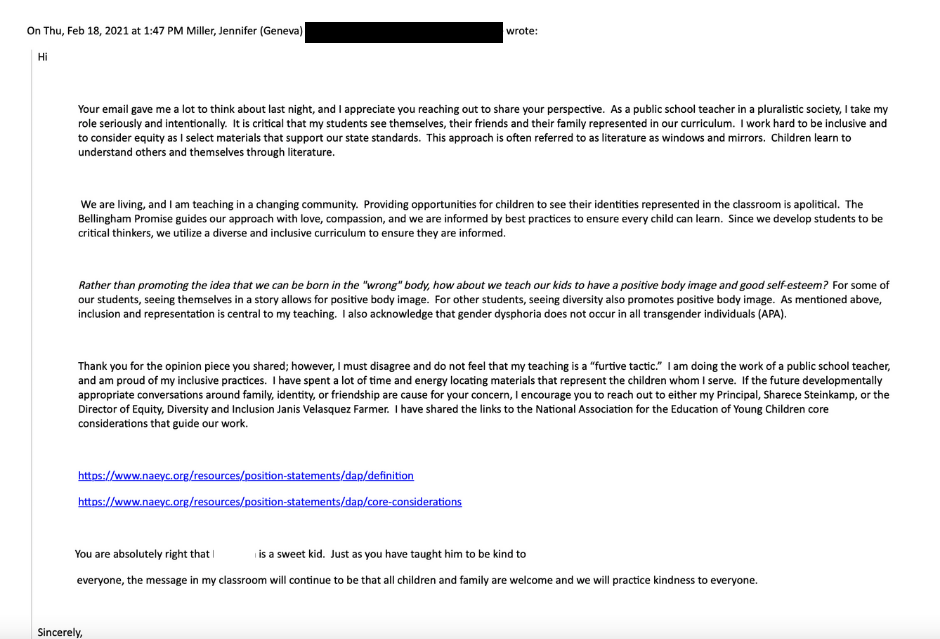 A screenshot of the email complaint the parent sent to the teacher. (Screenshot obtained from Young America’s Foundation)

The book that was being read to the “six and seven-year-old students,” according to YAF, was “I Am Jazz” which discusses how a two-year-old biological male starts ‘transitioning’ into a female, with his parents’ support.

When a parent included a screenshot of the book and emailed Miller, according to YAF, asking if she read the book to first graders, the teacher replied that she did. 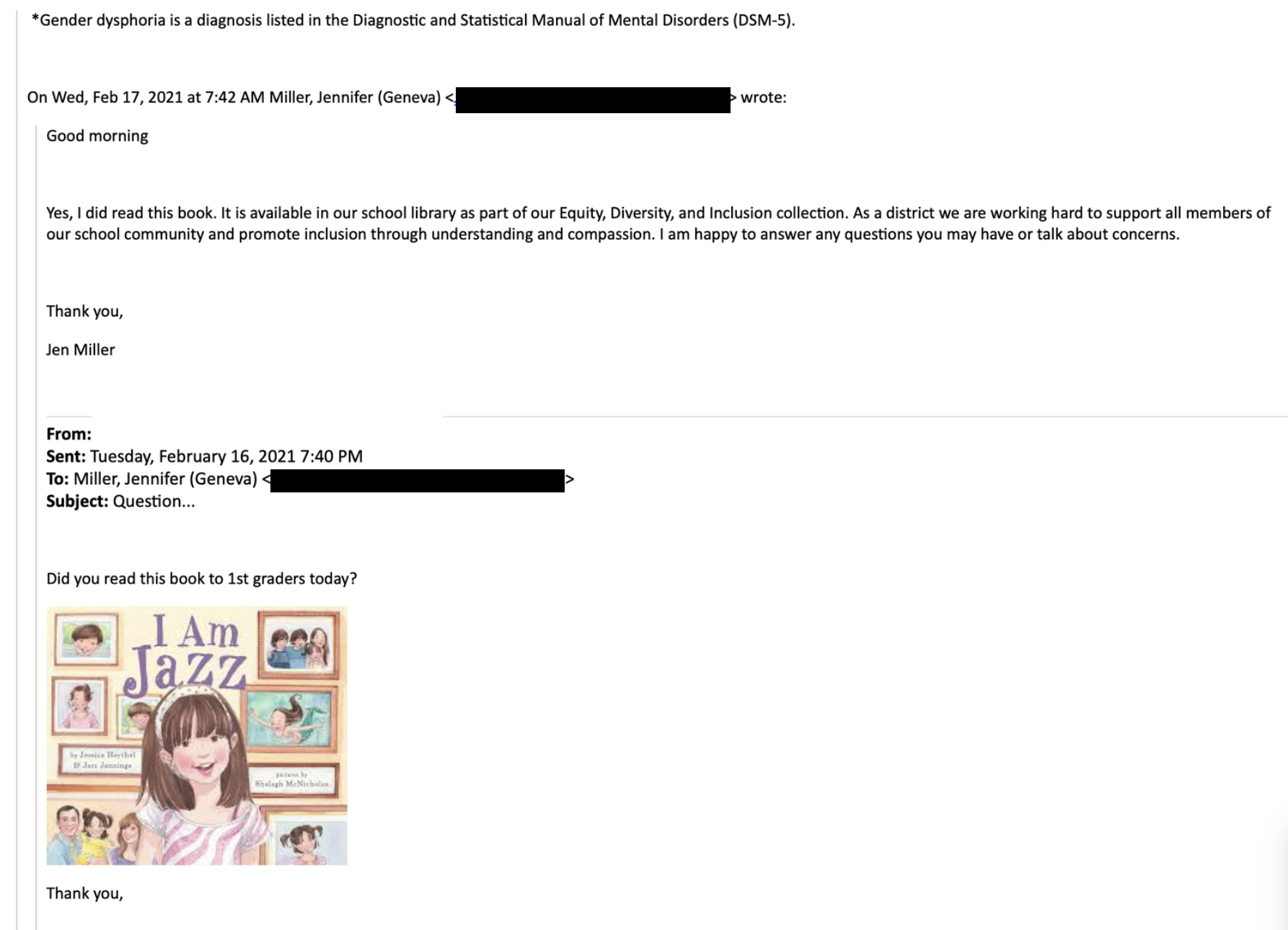 Miller further replied by writing, according to the screenshots,“as a district we are working hard to support all members of our school community and promote inclusion through understanding and compassion.”

The parents then took the matter to the Bellingham Public Schools school district board.

According to YAF and a screenshot they provided to the Daily Caller, the school board acknowledged receiving the complaint and having sent it to “each of the board members” and “the superintendent.” Yet, they have refused to take action, according to YAF.

YAF then conducted an investigation of Jenn Mason, the President of Bellingham Public Schools, and found that Mason owns and runs an “all-ages” sex toy shop.

According to the website of Bellingham Public Schools, Mason has been the school board’s President since 2017, having “worked for 15 years on behalf of families and children, including as a community educator and trauma counselor in public schools.”

When YAF looked through her Instagram profile, they found her promoting her sex shop in multiple posts. 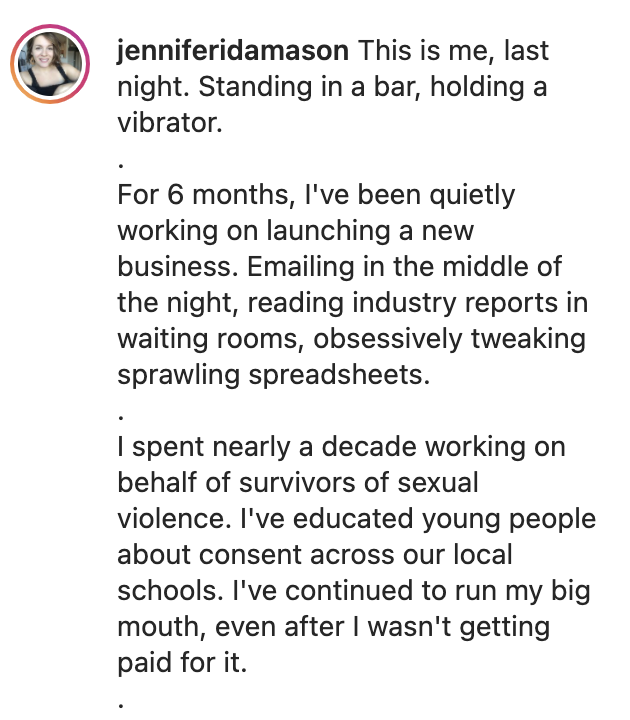 In an article by local outlet The Western Front from 2018, she is quoted as saying that “while the store only sells to those ages 16 and older, people of any age can be in the store.”

Neither Mason nor the school board’s superintendent, Greg Baker, have responded to the parent’s complaints, YAF reported.

According to YAF, when one parent approached Baker, he refused to communicate with him over email, and instead asked for a phone call. When that parent asked if he could record the conversation, Baker declined the idea of the phone call, YAF reported.

The school board and the state board did not immediately respond to the Daily Caller’s request for comment.

“It’s no surprise that someone like Mason, who promotes sex toys to children of ‘all-ages,’ would ignore concerns about pushing far-left gender identity politics in the classroom,” wrote YAF spokeswoman Kara Zupkus in the YAF report. “Mason’s qualifications to serve in a role advising the education and curriculum of young children should be questioned–and parents should make their voices heard.”