Colorado Republican Rep. Doug Lamborn allegedly took a “reckless and dangerous” approach to protecting his staff from COVID-19 and repeatedly claimed that the coronavirus was a “hoax,” according to a lawsuit filed against him by a former staffer.

Brandon Pope, a former defense policy advisor who brought the suit, claims he got COVID-19 and was ultimately fired in December “for seeking to protect employees from unsafe conditions in the workplace.” In addition to continuously ignoring COVID-19 guidelines, the lawsuit also alleges that Lamborn let his son live in the basement of the Capitol and that he required government employees to run errands for his family.

Lamborn spokeswoman Cassandra Sebastian responded to the allegations in an emailed statement: “The workplace safety allegations made by Mr. Pope are unsubstantiated and did not result in the termination of his employment. Congressman Lamborn looks forward to full vindication as all facts come to light.”

The lawsuit alleges that Lamborn required his staff to work in person and prevented them from socially distancing, even as several members tested positive for the virus. It outlines how he allegedly lied to doctors that he was not near those whom had tested positive, even though he was sleeping in his D.C. office in close proximity to them.

When Lamborn tested positive for the coronavirus in November, he allegedly refused to change his office’s daily routine or take the safety of his staff into account.

“Well, I don’t care about you guys getting it,” he told a staffer who wanted to wear a mask, according to the suit. He also allegedly said that his wife would not wear a mask because “no one was going to tell [her] what to do.” (RELATED: Democrats Test Positive For COVID-19, Blame It On The Capitol Riot) 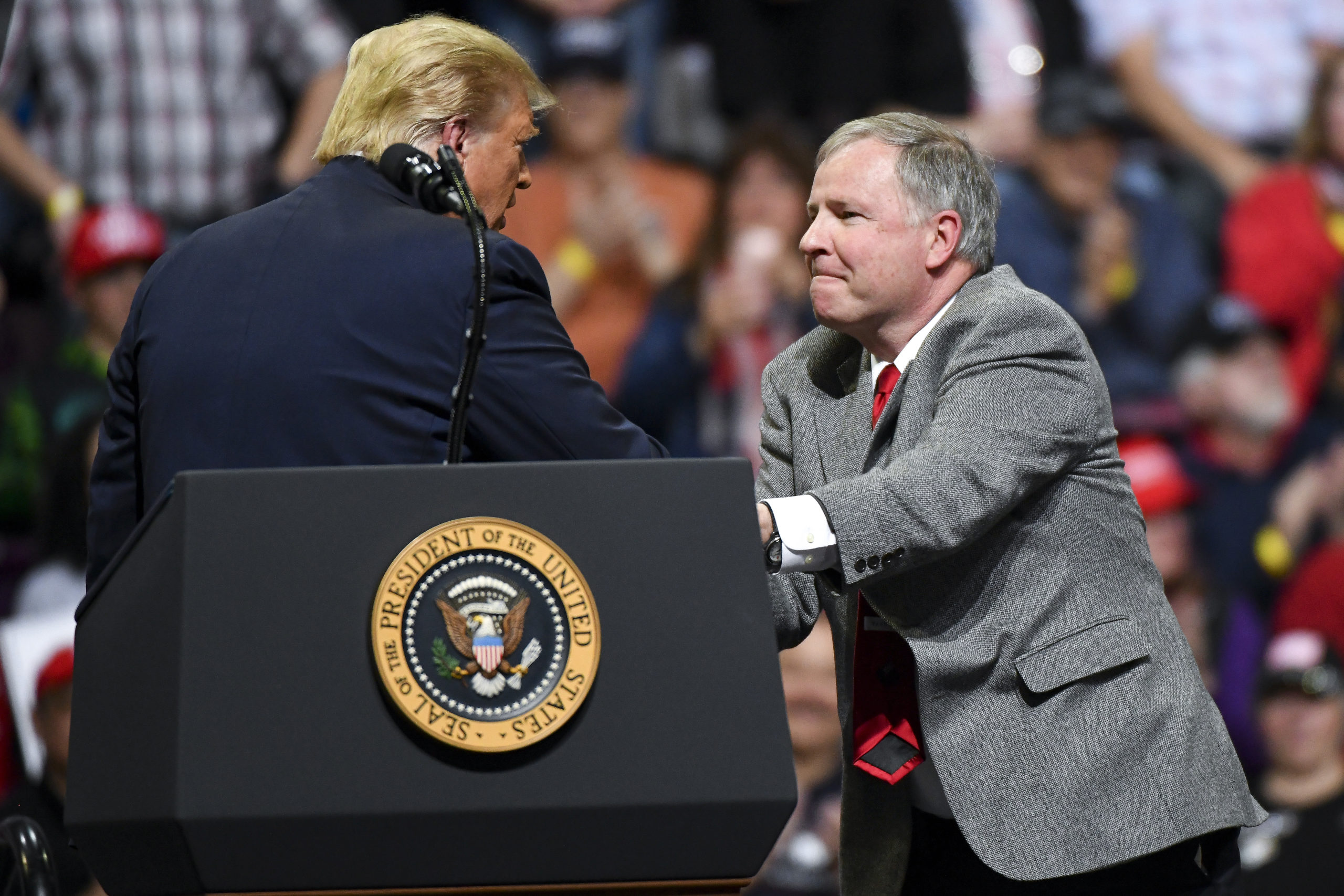 The suit also details how Lamborn’s office instructed his staff to help his son prepare for job interviews during his five-week stay in a storage area in the Capitol basement, and how multiple staffers were required to “show [the son] how the USA Jobs site worked and to give him tips on completing applications for federal employment.”

Lamborn’s office also allegedly required staff to run errands for his family, with tasks ranging from loading furniture for their vacation home to picking up their mail and transporting legal documents.

“Staff were also made to believe that accepting invitations for family events, including meals with the Lamborn family, was required in order to remain employed,” the lawsuit states, adding that aides felt “compelled” to gift Lamborn and his wife Christmas and birthday presents.

The suit also names Lamborn’s chief of staff, Dale Anderson, accusing him of belittling “almost anything [Pope] did, for no valid reason,” and for shouting Pope down when he raised concerns over the lack of coronavirus safety measures. (RELATED: Congressman Paid $84K To Settle Lawsuit Over ‘Wet Dreams’ Comments)

Pope claims he experienced emotional pain and suffering, according to the suit, and is seeking a trial and unspecified monetary damages.