Senate Minority Leader Mitch McConnell said Tuesday that Republicans are undecided on whether a Jan. 6 commission is needed and said that he is willing to listen to any arguments.

McConnell told reporters that Republicans had a “good discussion” about the Jan. 6 commission after their weekly lunch, saying “I think I’m safe in characterizing our conference as willing to listen to the arguments about whether such a commission is needed.”

The proposal was agreed to by Democratic Mississippi Rep. Bennie Thompson and Republican New York Rep. John Katko and would create a commission of five Democrats and five Republicans to investigate the Jan. 6 Capitol riot’s “interference with the peaceful transfer of power” and “influencing factors that fomented such an attack.” 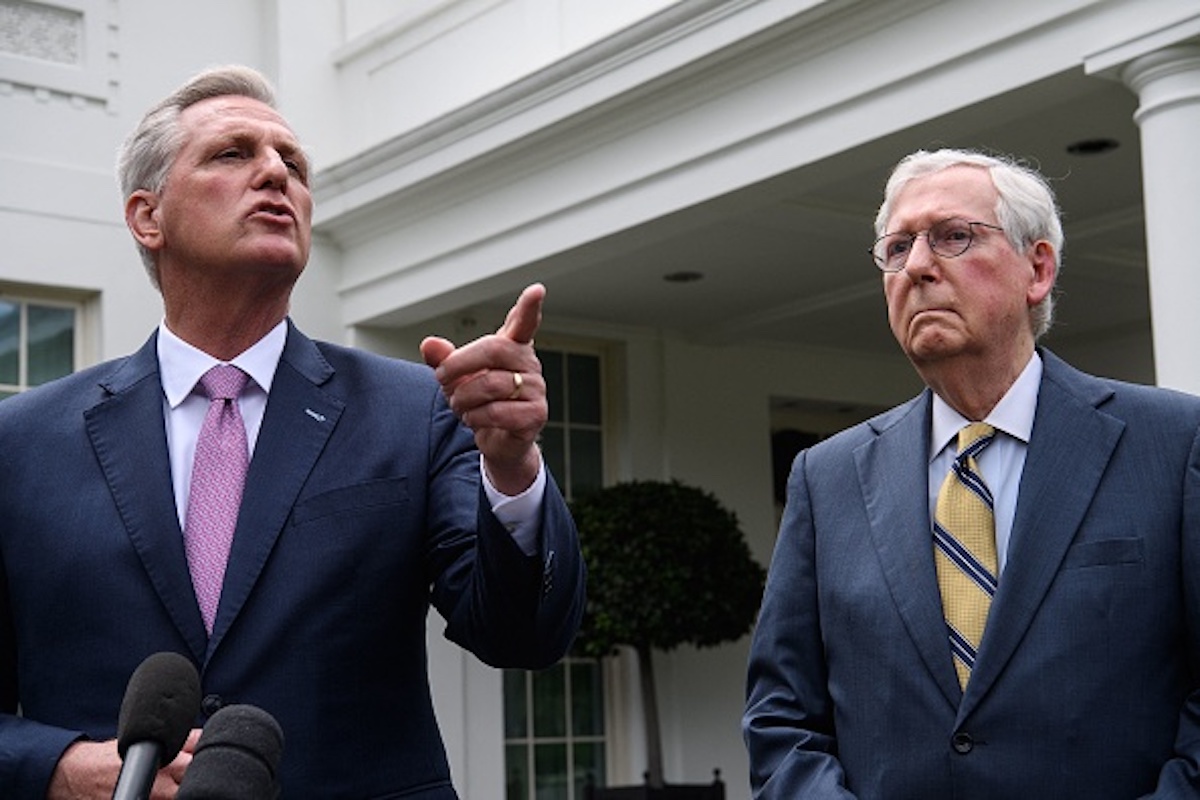 Senate Minority Leader Mitch McConnell(R)listens as House Minority Leader Kevin McCarthy speaks to the press, following their meeting with US President Joe Biden and Democratic congressional leaders at the White House in Washington, DC, on May 12, 2021. (Photo by NICHOLAS KAMM/AFP via Getty Images)

McConnell’s comments come just hours after House Minority Leader Kevin McCarthy announced his opposition to the bipartisan proposal. McCarthy has said he would like the commission to investigate violence committed by Black Lives Matter and Antifa throughout the summer of 2020, as well as the Capitol riot. (RELATED: Biden White House Calls For 9/11-Style Commission Into Jan. 6, Increased Security At Capitol)

“Given the political misdirections that have marred this process, given the now duplicative and potentially counterproductive nature of this effort, and given the Speaker’s shortsighted scope that does not examine interrelated forms of political violence in America, I cannot support this legislation,” McCarthy said. (RELATED: Republicans Split On Jan. 6 Commission As McCarthy Announces Opposition)

Republican Sens. Marco Rubio and Mitt Romney have both said they are in favor of the commission.