Israeli police fatally shot a man who stabbed an Israeli soldier and civilian in east Jerusalem on Monday, The Associated Press reported.

The assailant was unidentified though police referred to him as a terrorist, according to the AP. The two men, each in their 20s, were treated for stab wounds at nearby hospitals, according to the Magen David Adom emergency service.

The men were stabbed in east Jerusalem, near a neighborhood where Jewish settlers threaten Palestinian families with eviction, the AP reported. Israel took control of the area, including the Gaza Strip and West Bank in the Mideast war of 1967. 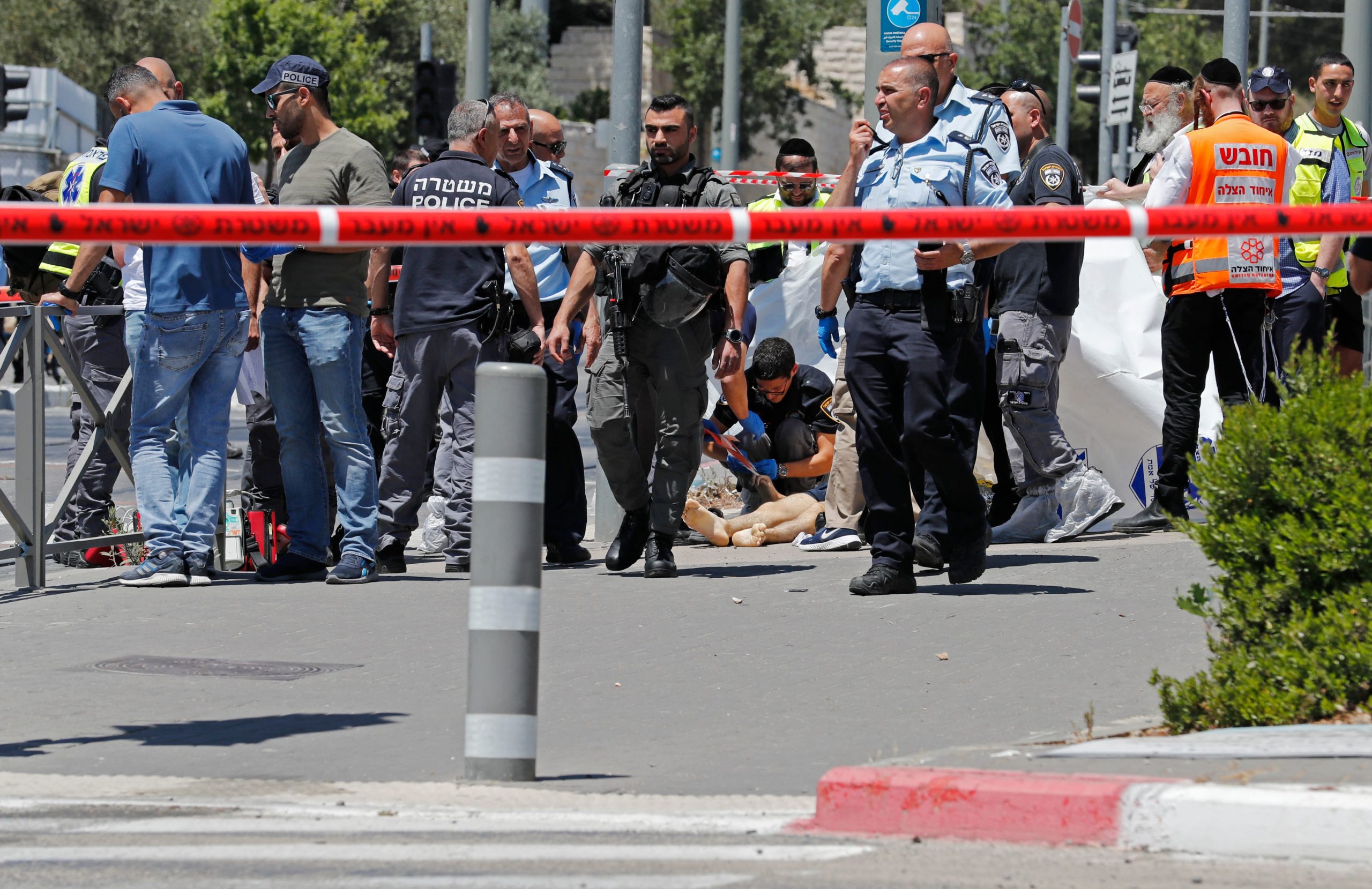 Israeli security forces and emergency services gather around the body of a suspected attacker at the site of a reported stabbing attack near the Sheikh Jarrah neighborhood in Israeli-annexed east Jerusalem, on May 24, 2021. (AHMAD GHARABLI/AFP via Getty Images)

Palestinians see east Jerusalem as their capital and claim the disputed areas under Israel’s control as their rightful territory, according to the AP. Israel sees all of Jerusalem as its capital, and the annexation of east Jerusalem did not receive international recognition. (RELATED: Palestinian Supporters Of Rival Factions Hamas And Fatah Brawl At Al-Aqsa Mosque Compound)

Hamas militants in the Gaza Strip launched rockets at Jerusalem on May 10, after days of violent interactions between Israeli police and Palestinian protesters at the Al-Aqsa Mosque Mosque compound, the AP reported. The Al-Aqsa compound is located on a hill in Jerusalem and considered the third holiest site in Islam and the holiest site for Jews who call it the Temple Mount.

Over 250 people died during the 11 days of Hamas militants firing rockets at Jerusalem where Israeli officials responded with airstrikes until a ceasefire went into effect Friday, according to the AP. The site has frequently seen clashes between Israelis and Palestinians, including the 2000 Palestinian uprising.