Republican South Carolina Sen. Tim Scott said Wednesday that police reform legislation will have to be agreed upon in June if the two parties are going to get it done.

“I think it’s June or bust,” Scott said after he was asked about a timeline for the legislation. “I think we have three weeks in June to get this done.” Scott is leading the negotiation efforts for Republicans on crafting a police reform bill and met with George Floyd’s family Tuesday on Capitol Hill, on the one-year anniversary of the killing of Floyd.

Scott has been working with Democratic California Rep. Karen Bass and Democratic New Jersey Sen. Cory Booker. The group released a statement saying they were “optimistic” but still working out “key differences,” The Hill reported. 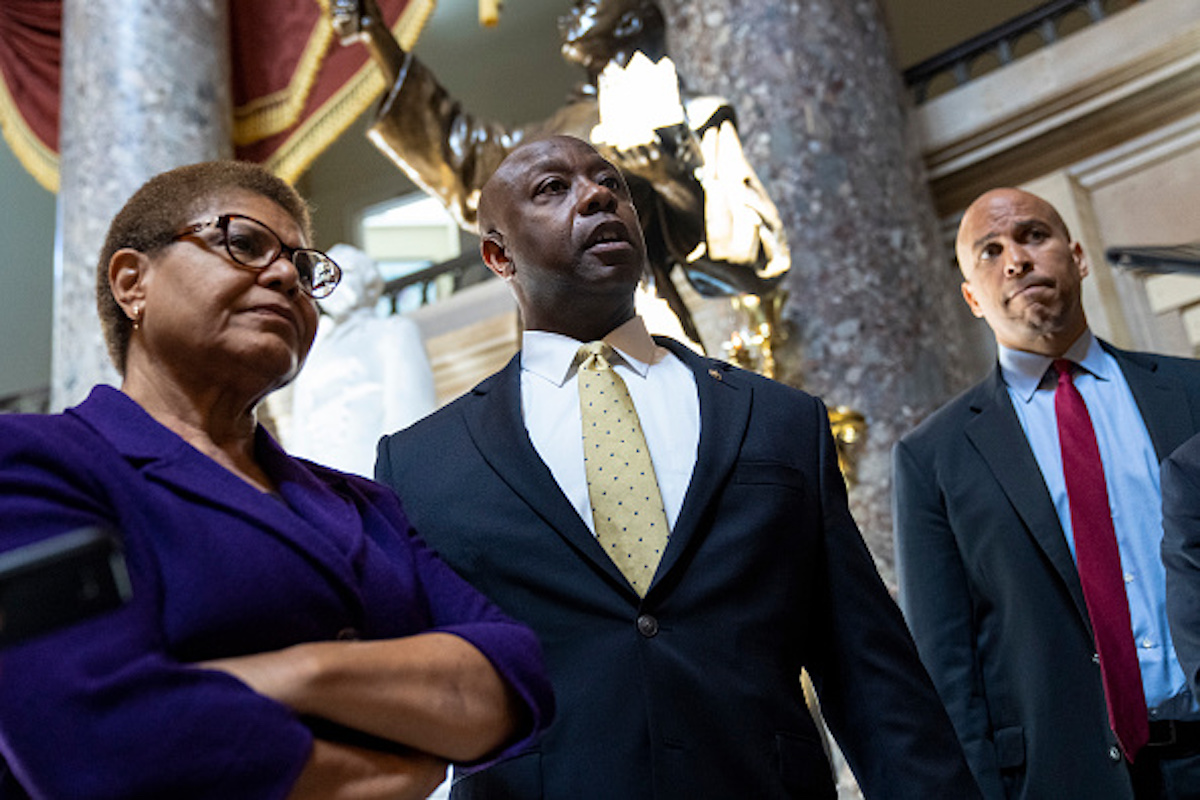 Before the November elections, when the GOP still had a majority in the Senate, then-Senate Majority Leader Mitch McConnell appointed Scott to lead the party’s effort to pass a police overhaul bill. The South Carolina senator had ruled out including a revision to qualified immunity — a key measure supported by Democrats. (RELATED: Tim Scott, Other Republican Senators Officially Introduce Police Reform Bill)

In late June of 2020, Senate Democrats blocked the Republican police reform bill on a procedural vote without debating the legislation. (RELATED: Sen. Tim Scott Lays Out What He Expects In GOP Police Reform Legislation)

The vote needed 60 votes in order for it to move forward to a debate. The vote was 55-45. McConnell filed cloture on the Republican police reform legislation, setting up the vote. (RELATED: Senate Democrats Block Republican Police Reform Legislation)

Republicans needed seven or more Democrats to vote with them in order for the legislation to advance. Senate Republicans released their police reform legislation the previous week in response to the killing of Floyd and the ongoing protests.

The House has passed police reform legislation named after Floyd, but the legislation has not picked up GOP support in the Senate.