The House of Representatives passed a bill Wednesday that would create a bipartisan, 9/11-style commission into the Jan. 6 Capitol riot, with dozens of Republicans joining Democrats in a rebuke of GOP leadership.

The bill passed 252 to 175 with support from 35 Republicans, even though top GOP leaders opposed it and launched a last-ditch effort to convince its members to vote against it. It was authored by Mississippi Democratic Rep. Bennie Thompson and New York Republican Rep. John Katko, the top lawmakers on the House Homeland Security Committee, and focuses solely on the Capitol riot instead of adopting a wider scope as some Republicans previously insisted.

“There has been a growing consensus that the January 6th attack is of a complexity and national significance that what we need [is] an independent commission to investigate,” Thompson and Katko said in a joint statement after they reached agreement Friday. “Inaction — or just moving on — is simply not an option. The creation of this commission is our way of taking responsibility for protecting the U.S. Capitol.”

“This is about facts. It’s not partisan politics,” Katko said while defending the bill on the House floor.

While the legislation secured support from House Speaker Nancy Pelosi, Senate Majority Leader Chuck Schumer and the House Problem Solvers Caucus, it was criticized as “shortsighted” and “slanted” by Kevin McCarthy and Mitch McConnell, the House and Senate Minority Leaders.

“Given the political misdirections that have marred this process … and given the Speaker’s shortsighted scope that does not examine interrelated forms of political violence in America, I cannot support this legislation,” McCarthy said Tuesday.

At a press conference ahead of Wednesday’s vote, Thompson said that House leadership was kept in the loop throughout the bill’s negotiating process, and that it was unfortunate McCarthy decided to object at the last minute.

“It’s quite unfortunate that the Minority Leader has, at the last moment, raised issues that, basically, we had gone past, and there was no issue despite all his talk now. But I guess that’s politics,” he said.

Pro-Trump rioters clash with police and security forces as they try to storm the US Capitol. (Kaylee Greenlee / Daily Caller News Foundation)

While McConnell originally said that his caucus was “willing to listen to the arguments” regarding the commission, he stated his opposition Wednesday morning on the Senate floor.

“I’ve made the decision to oppose the House Democrats’ slanted and unbalanced proposal for another commission to study the events of January the 6th,” McConnell said. “There is … no shortage of robust investigations by two separate branches of federal government. It’s not all clear what new facts our additional investigation, yet another commission, could actually lay on top of existing efforts by law enforcement and Congress.”

Democrats, however, slammed Republican leadership for their last-minute opposition, questioning how the insurrection could possibly not warrant further investigation.

“This moment is a choice, a choice between the truth or siding with the originator of the ‘Big Lie’,” said Massachusetts Democratic Rep. Jim McGovern on the House floor. “To my friends on the other side, I’m asking you to lead with the courage of your convictions. Vote your conscience.”

Republicans who stated their support for the bill ahead of the vote included Problem Solvers Caucus members like Rep. Tom Reed of New York and Reps. Fred Upton and Peter Meijer of Michigan. Several GOP members who voted to impeach former President Donald Trump in January on a charge of inciting the insurrection, including Reps. Liz Cheney, Adam Kinzinger and Anthony Gonzalez, also said that they supported the bill ahead of the vote. (RELATED: White House Calls For 9/11-Style Commission Into January 6 Attack) 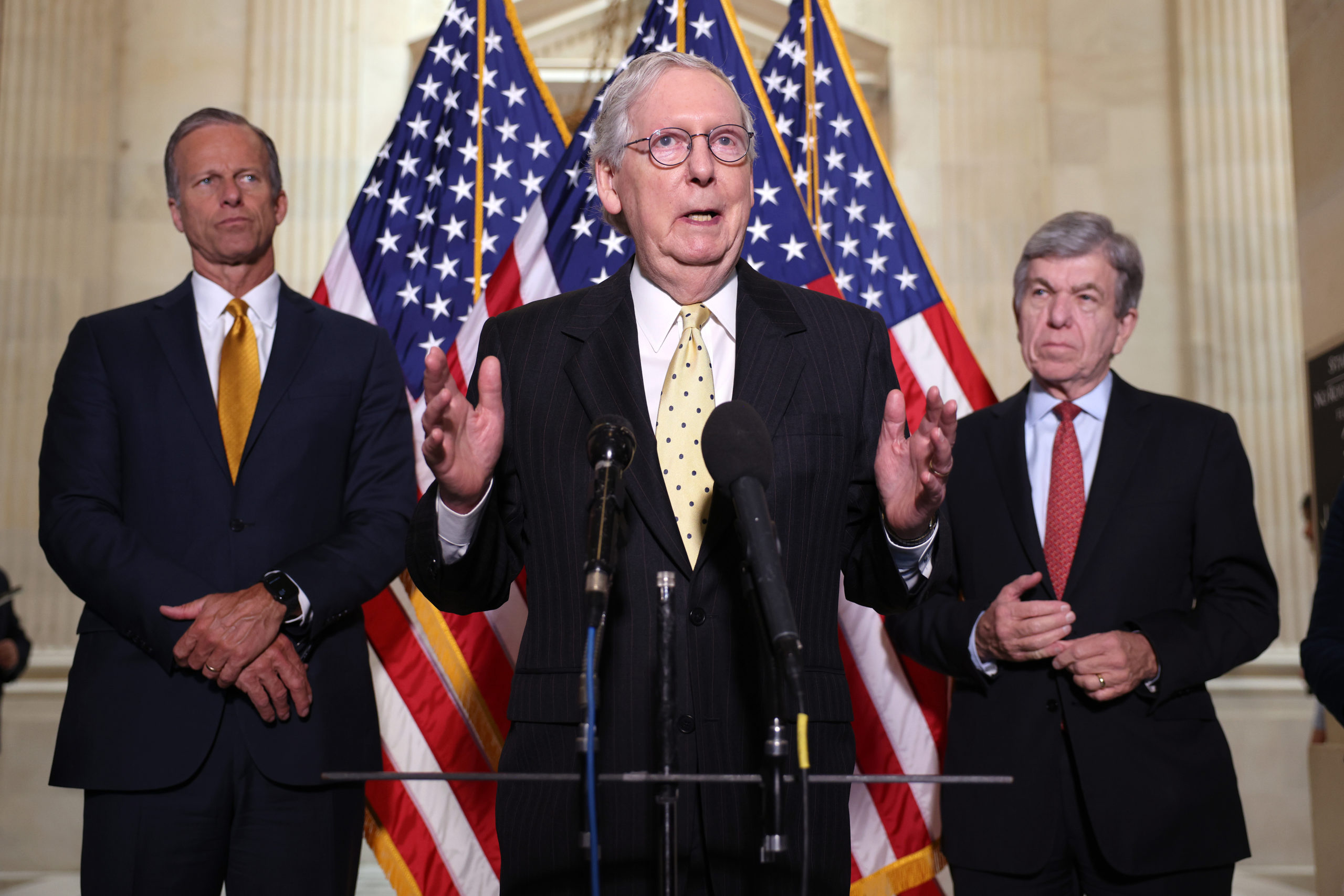 If enacted into law, the bill would establish a 10-member commission comprised of five Republicans and Democrats from the House and Senate, and mandate that it produce a report detailing its findings to Congress by the end of the year. It would also grant the commission subpoena power, meaning that McCarthy and Trump could be forced to testify regarding their respective roles, as some lawmakers have floated.

Trump railed against the commission in a statement on Tuesday, calling it a “Democrat trap” and demanding Republicans get “much tougher and much smarter.”

Though the bill was expected to pass the Democratic House, it is unlikely to pass the 50-50 Senate as written, since it would need 60 total votes to overcome an all but certain Republican filibuster.

The Capitol riot occurred after pro-Trump rioters stormed the building as Congress met to certify President Joe Biden’s electoral victory, and followed months of baseless claims by Trump that the election was stolen.