The U.S. citizen convicted of espionage by a Russian court in June 2020 urged President Joe Biden to take action to free him and other political prisoners, CNN reported.

Paul Whelan, who has been in Russian custody since 2018, asked Biden to “aggressively discuss” the false imprisonment of Americans during his upcoming face-to-face meeting with Russian President Vladimir Putin, CNN reported. The U.S. government must take immediate “decisive” action to both free Whelan and prevent the Russian government from abducting innocent Americans in the future, he added.

Russian law enforcement arrested Whelan on espionage charges in December 2018. Whelan allegedly possessed a flash drive containing classified Russian information, which he said was given to him by a Russian acquaintance, according to Reuters. (RELATED: ‘I’m Not Guilty’: Russia Sentences Former US Marine To 9 Years In Prison) 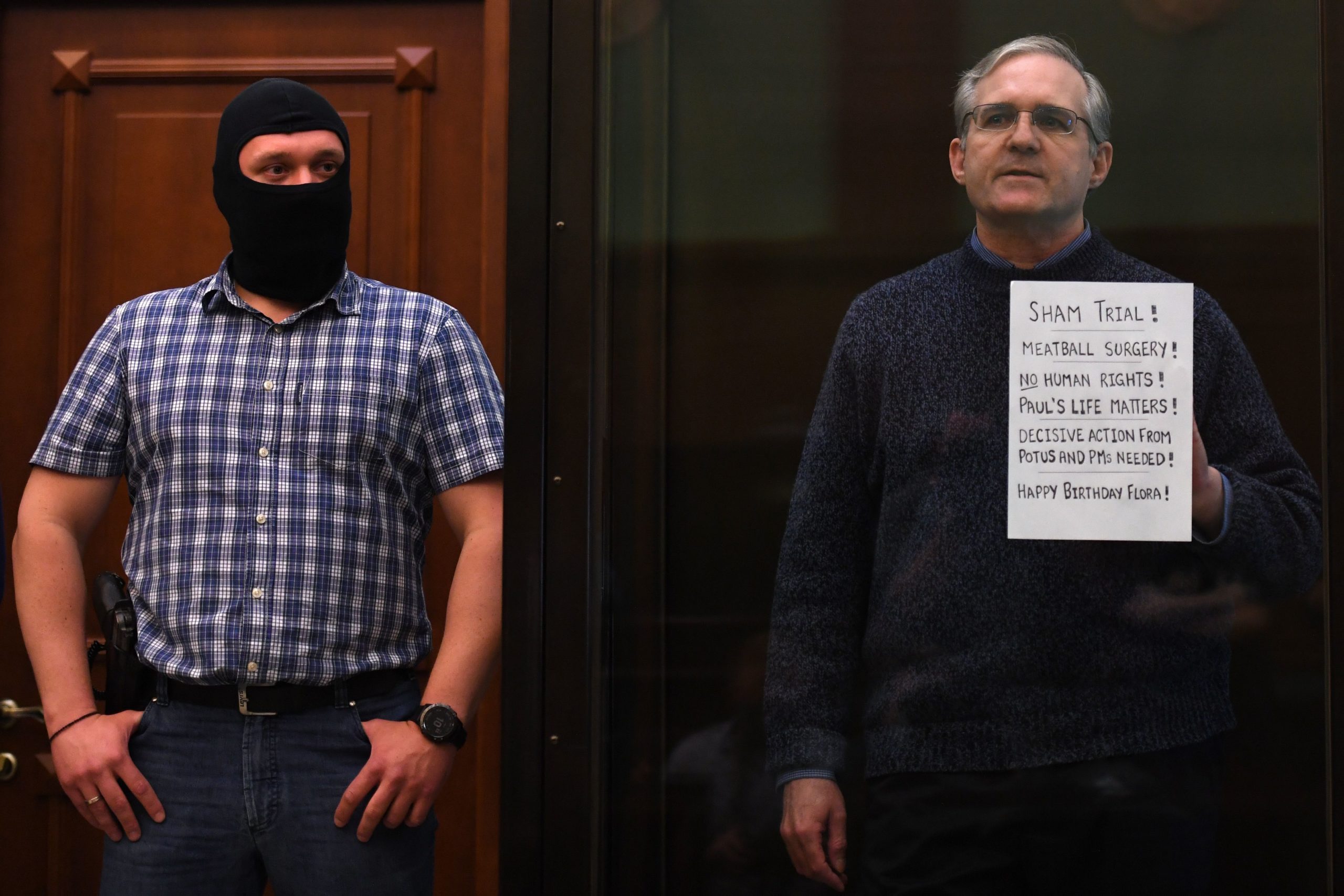 Paul Whelan stands inside a defendants’ cage as he waits to hear the verdict of his case in a Moscow, Russia court on June 15, 2020. (Kirill Kudryavtsev/AFP via Getty Images)

After he was detained for more than a year, Whelan was convicted of espionage and sentenced to 16 years in prison in June 2020. Former Secretary of State Mike Pompeo slammed the conviction as “appalling” and said the trial was conducted in secret and without the proper allowances of witnesses.

“It’s pretty simple. There was no crime. There was no evidence. The secret trial was a sham,” Whelan told CNN. “This was done purely for political motive.”

“The more people that understand that I’m innocent, and that no crime of espionage ever occurred, the better,” he continued.

Whelan added that he has been placed in a labor camp more than 300 miles east of Moscow, CNN reported. He spends his days working in a clothing factory he characterized as a “sweatshop.”

Meanwhile, Secretary of State Antony Blinken urged Russia to release both Whelan and former U.S. Marine Trevor Reed, who was sentenced to 9 years imprisonment last year for assaulting Russian police officers, in his May 12 call with Russian Foreign Minister Sergey Lavrov. Blinken again asked Russia to release Whelan and Reed during his May 19 in-person meeting with Lavrov.

Shortly after taking office, Blinken met virtually with the families of Whelan and other political hostages, according to The Oakland Press. During the meeting, Blinken and Special Presidential Envoy for Hostage Affairs Roger Carstens assured the families the government would do its best to return their loved ones to the U.S.