An Idaho farmer has lost 54 lambs since April to a group of Bald Eagles that have been hunting them, Magic Valley reported.

The farmer, Rocky Matthews, said he started finding dead lambs on his farm near Murtaugh Lake, Idaho, in April with puncture wounds that looked like they came from a No. 2 pencil, according to Magic Valley.

At first, Matthews believed the lambs were being killed by someone using a pellet gun, but realized Bald Eagles were to blame when he saw one attack his flock of sheep, Magic Valley reported.

Matthews said he has lost an estimated $7,500 in revenue from the 54 lambs that were allegedly killed by the eagles.

Matthews also said that in one day, he lost seven lambs at the talons of the eagles, Magic Valley reported.

“I truly think he (the eagle) was just honing his skills because you don’t kill seven of them out of need,” Matthews told Magic Valley. “The damage under the hide is a hundredfold from what you see on the exterior,” he said of the injuries sustained by his mauled lambs from the eagle attacks. (RELATED: Wild Video Surfaces Of Bald Eagle Taking Down Seagull On Golf Course)

Lyn Snoddy, a regional wildlife biologist for the Idaho Department of Fish and Game, told Magic Valley that eagles use their talons to grab and slash their prey when they strike from above. The talons have the capability to sever internal arteries, causing the animal to bleed out and earning the eagle a meal, she added. 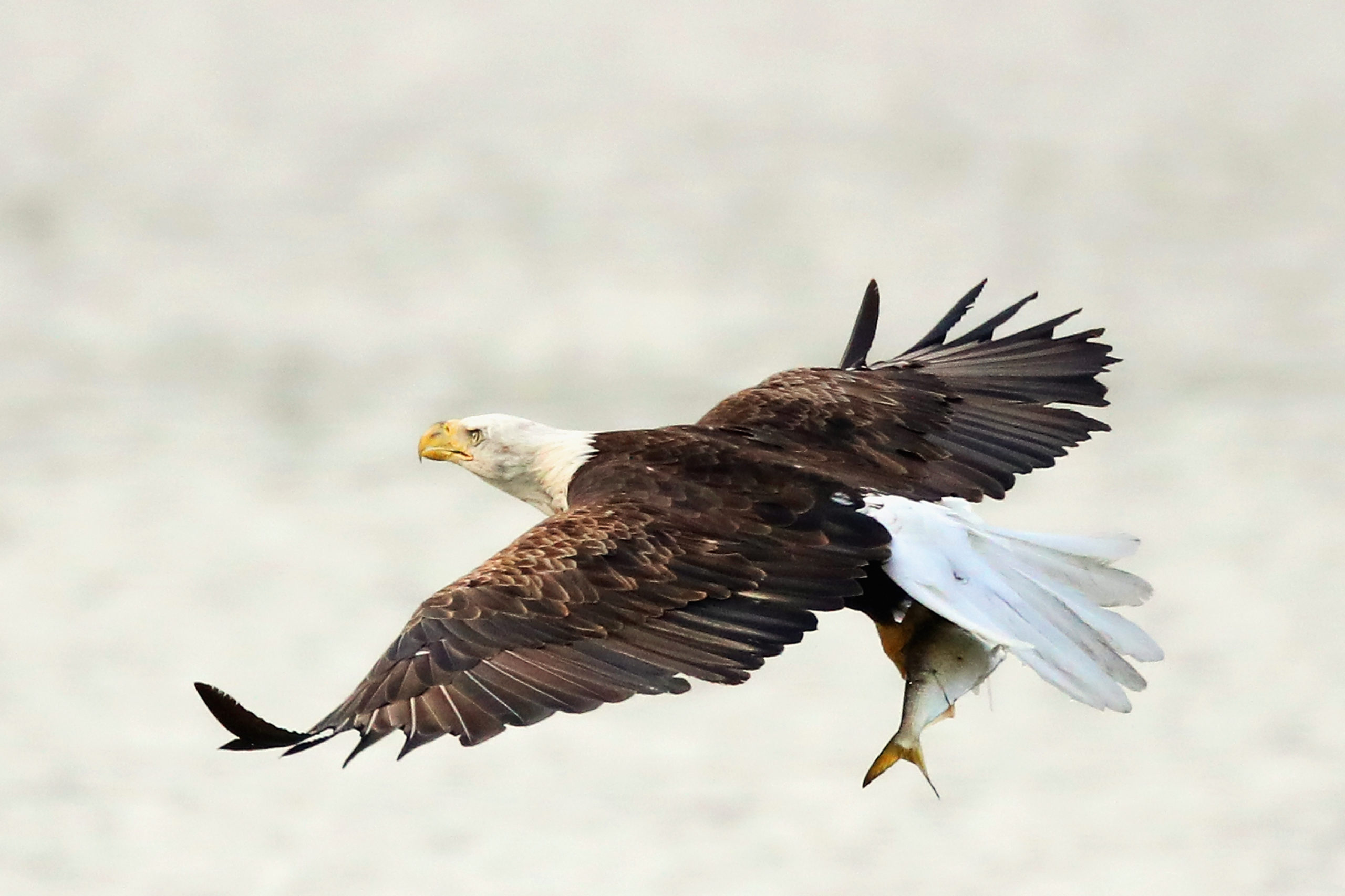 Matthews thinks that one of the causes of the feasting is that the water in a nearby lake took longer to warm up, which meant fewer fish were available for the eagles to feast on, Magic Valley reported.

Because Bald Eagles are protected by a number of federal laws, Matthews couldn’t simply kill the birds in order to end the lamb killings. If he did, he could face up to a $100,000 fine and imprisonment for a year, according to Magic Valley.

The Idaho Wildlife Services notified Matthews he could apply for a Federal Migratory Bird Depredation permit with the U.S. Fish and Wildlife Service, which would allow Matthews to harass the birds in order to defend his flock until a long-term nonlethal solution can be found, according to Magic Valley. The permit costs $100 and can take up to two months to process.

The other option was to move his animals to another pasture, which Matthews decided to do because “In 45 days, I’ll be out of sheep,” he told Magic Valley.

Moving the animals worked for a few days until the eagles began killing again, both old and young sheep, forcing Matthews’ hand to apply for the permit, according to Magic Valley. If Matthews is approved, he could receive up to 75% of the market value of his livestock in compensation, funds that could possibly come from the USDA Farm Service Agency Livestock Indemnity Program.

Despite the havoc the eagles have wrought on his farm and livestock, Matthews still says the birds are cool and can’t be blamed because they don’t know any better, according to Magic Valley.