The New York Times published and then removed an article claiming that “fruit aliens” were responsible for a field of watermelons on Mars on Tuesday afternoon.

The article — titled “Fields of Watermelons Found On Mars, Police Say” — was taken down from the NYT website and replaced with a note saying it had been “published in error.” The article had been written by “Joe Schmoe” and was published at 2:19 p.m., according to an archived copy.

“Authorities say rise of fruit aliens is to blame for glut of outer space watermelons,” the subheadline of the story read. (RELATED: New York Times Posts Job Opening For Editor ‘With A Sense Of Humor And A Spine Of Steel’)

“The FBI declined to comment on reports of watermelons raining down, but confirmed that kiwis have been intercepted. This story is terribly boring,” the article said. “Watermelon taste good, police say.” 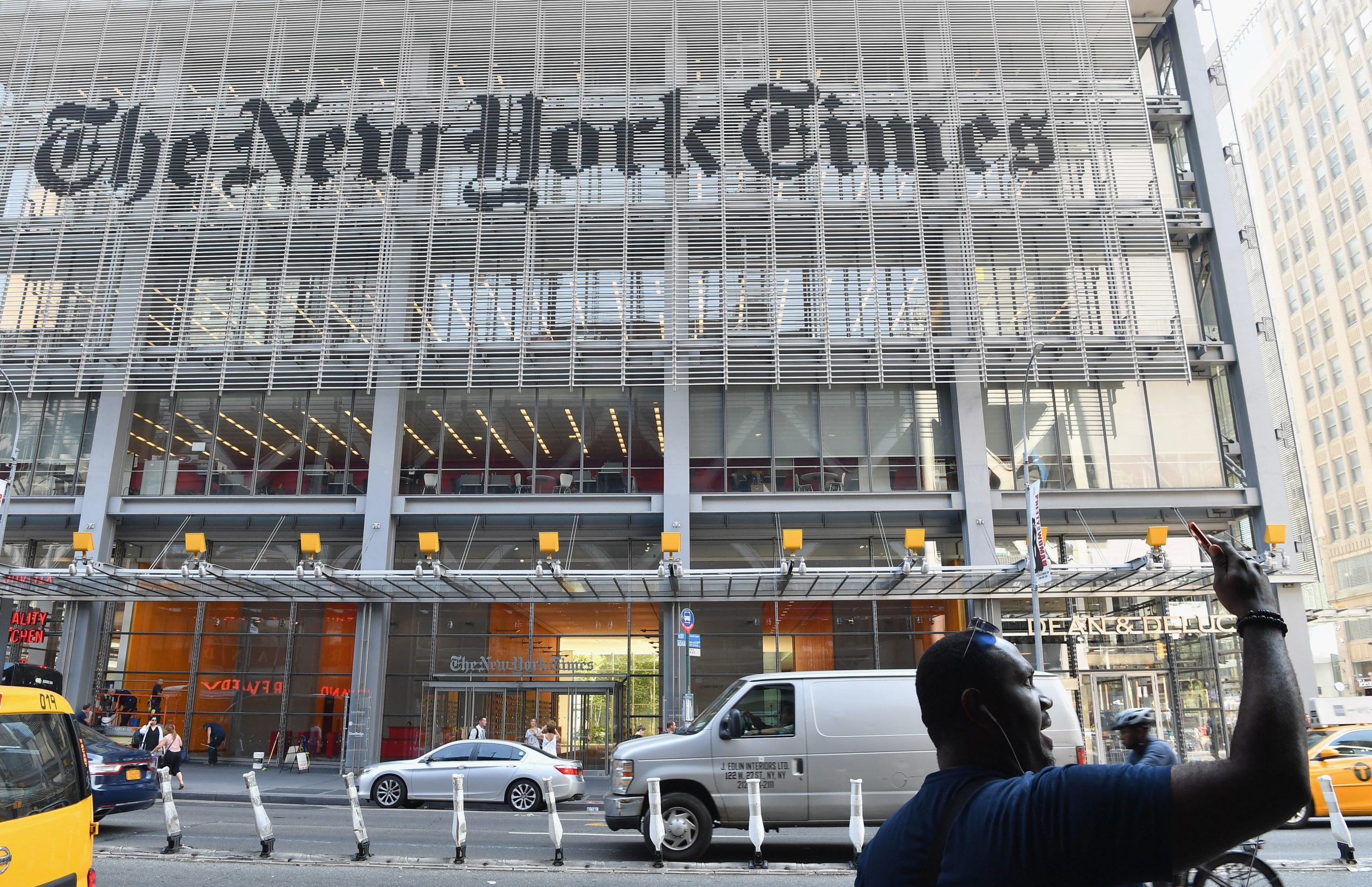 A man takes a selfie with his smartphone in front of the New York Times building in 2018 in New York City. (Angela Weiss/AFP via Getty Images)

The story’s thumbnail was a photo of a person holding a watermelon that had been cut in half.

“Earlier today, a mock article intended for a testing system was published on our site in error,” NYT spokesperson Danielle Rhoades Ha told the Daily Caller News Foundation in a statement. “The article has since been removed.”

On Tuesday morning, meanwhile, the NYT and several other major websites briefly went offline after a large website operator experienced a global outage. Many NYT readers were unable to access the site, the media organization said in a statement before it was restored.

More than 7.5 million people subscribe to the NYT, according to the company’s latest earnings report.