Dallas Mavericks owner Mark Cuban said banning former President Donald Trump from social media was “the right thing to do” in an interview with The Daily Beast released Thursday.

“[If] someone is using your product to do something really bad, you stop selling them the product,” Cuban said discussing social media companies like Facebook and Twitter banning Trump. “If I realized that something I sold was being used for something that was nefarious or wrong, I would stop it. How is this any different? Putting aside the TOS, it’s just the right thing to do.”

“After close review of recent Tweets from the @realDonaldTrump account and the context around them we have permanently suspended the account due to the risk of further incitement of violence,” Twitter said in a statement. 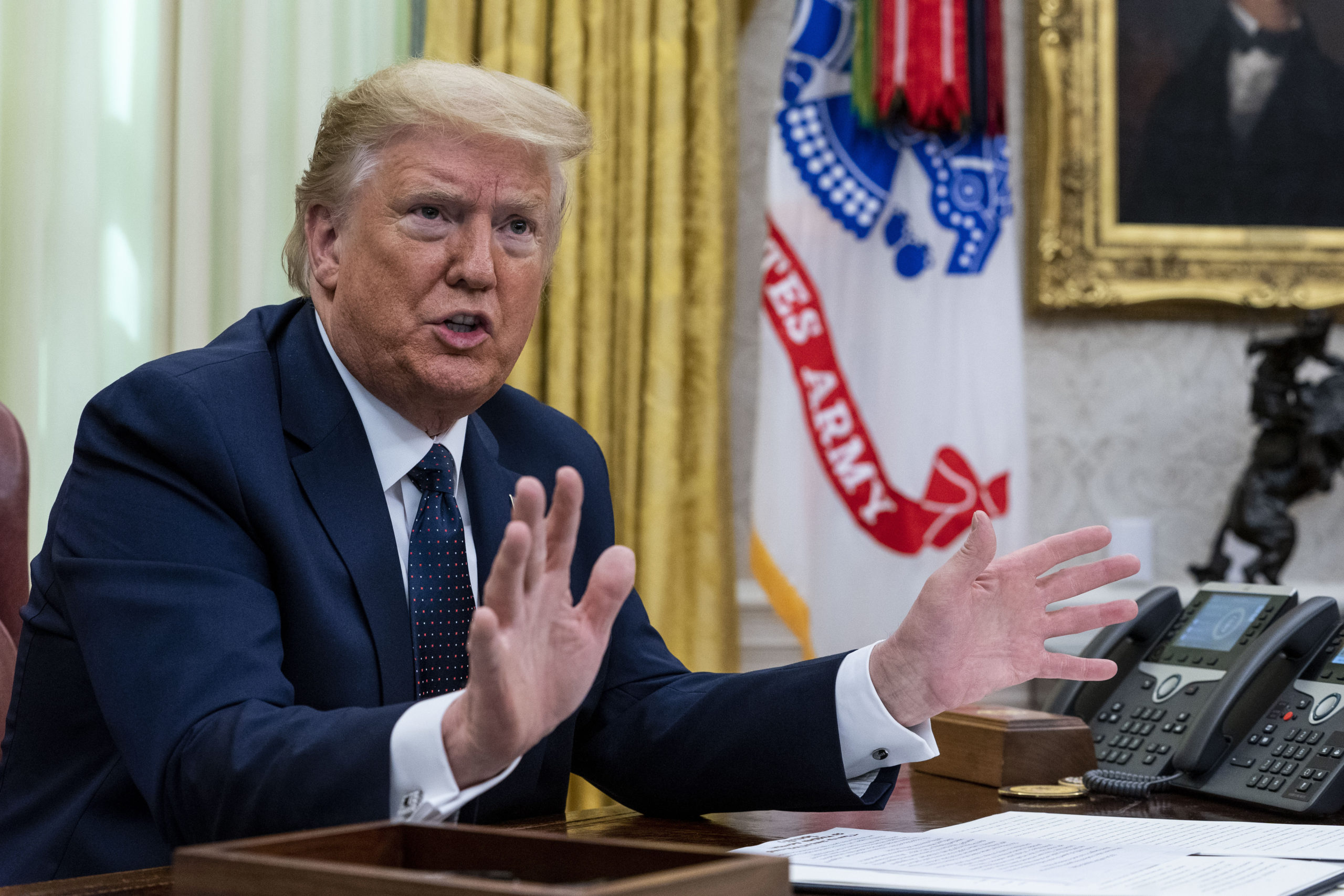 WASHINGTON, DC – MAY 28: U.S. President Donald Trump speaks in the Oval Office before signing an executive order related to regulating social media on May 28, 2020 in Washington, DC. (Doug Mills-Pool/Getty Images)

Facebook’s oversight board upheld the company’s decision to ban Trump in May.

“The Board found that, in maintaining an unfounded narrative of electoral fraud and persistent calls to action, Mr. Trump created an environment where a serious risk of violence was possible,” the board said in a statement. The board found, however, a permanent ban was inappropriate and Facebook must set a “proportionate response that is consistent with the rules that are applied to other users of the platform.”

Facebook announced in June Trump would be suspended for an additional two years due to the “gravity of the circumstances” that led to his initial suspension.

A May poll by Rasmussen found 48% of voters surveyed opposed Facebook’s ban. Another poll from Rasmussen found more than half of voters believed Twitter and Facebook are politically biased. Will Chamberlain, senior counsel at the Internet Accountability Project, said free speech must be protected across all platforms, including private companies.

“The public square has moved to the internet and been privatized by Facebook and Twitter. The First Amendment protects you from government censorship, but to make the American commitment to free speech meaningful, your right to speak on Facebook and Twitter must be protected also,” Chamberlain said.

“When Facebook and Twitter feel so powerful that they can ban the sitting President of the United States, a sword of Damocles is hanging over every conservative’s right to speak their mind in public. It doesn’t have to be that way. Americans should have the same right to speak on Facebook and Twitter that they do in a public park; if their speech is lawful, it should not be censored.”