One person died and 13 others were injured after a shooting at Sixth Street in Austin, Texas, early Saturday morning, the Austin American-Statesman reported Sunday.

Douglas John Kantor, 25, was visiting from New York when at least two suspects opened fire on the bar scene early Saturday morning, according to the Austin American-Statesman. Police arrested one juvenile suspect and were searching for a second suspect.

Law enforcement officials said some victims from the shooting were able to drive themselves to hospitals or urgent care for treatment, the Austin American-Statesman reported. 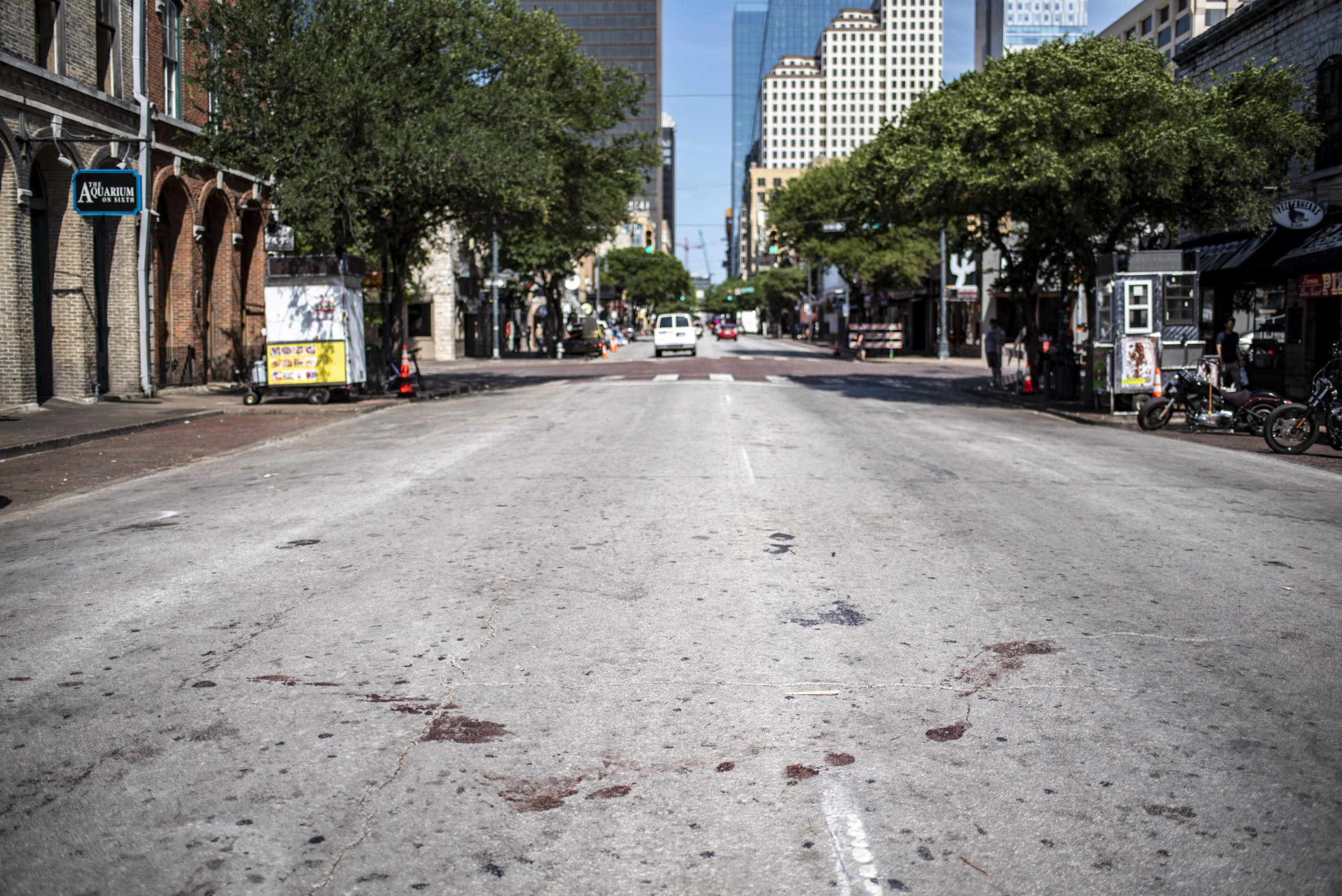 The street is stained with blood near the scene of a shooting on June 12, 2021 in Austin, Texas. At least 13 people were taken to hospitals after a shooting happened on Austin’s famous 6th Street. The shooter is still at large. (Photo by Sergio Flores/Getty Images)

It’s unclear what charges the juvenile will face though they must be filed within 48 hours of arrest, according to the Austin American-Statesman. The suspect’s identity and court records will most likely remain confidential because he is a minor, but it is unknown whether the second suspect is a juvenile.

“I’m ready to have fun and move past this,” Austin resident Paige Wagner told the Austin American-Statesman while waiting in line to enter a bar. Wagner moved to the city two months ago and was in a nearby bar when the shooting occurred.

The shooting incident did not stop people from crowding Sixth Street Saturday night, less than 24 hours after the shooting, the Austin American-Statesman reported. Patrons ranged from families with children to motorcyclists attending a state motorcycle rally.

“I mean, honestly, I don’t really care,” Austin resident Nia Sandoval, 27, told the Austin American-Statesman. “I don’t feel not safe but I don’t feel, like, safe either. I feel like you could die wherever you are.” (RELATED: Teen Dead After Shooting Outside Texas High School)

Police officers increased their presence in the area following the incident and industry workers said they felt comfortable having them there, according to the Austin American-Statesman.

The Austin Police Department did not respond to the Daily Caller News Foundation’s request for comment.