A New Jersey public school unanimously voted to remove the names of all holidays from the district’s calendar in an effort to be “inclusive and equitable,” numerous sources reported Saturday.

Randolph Township Board of Education will instead be calling holidays “days off,” according to CBSN New York. The district had already changed Columbus Day to Indigenous Peoples’ Day.

“If we don’t have anything on the calendar, we don’t have to have anyone be hurt feelings or anything like that,” board member Dorene Roche said before the vote, according to Fox 5.

Holidays including Thanksgiving, Rosh Hashanah, Yom Kippur and Christmas would be taken off the school calendar, according to NJ.com. 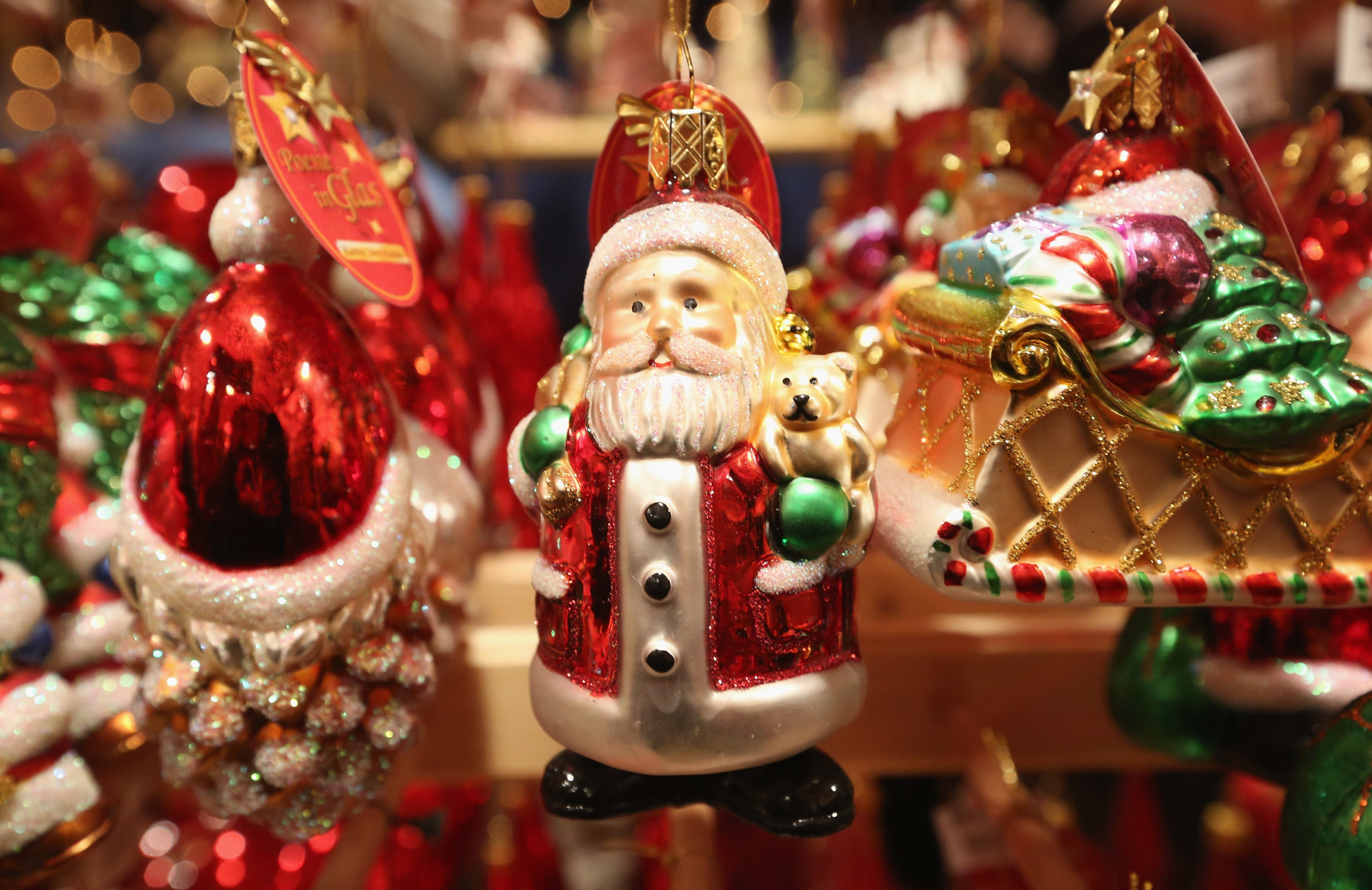 “I don’t think really it is the board’s responsibility to be naming these holidays. Either take them off or just adopt whatever the federal and state governments are doing,” board member Ronald Conti said, according to Fox 5.

Although the board claimed that the decision to remove all holiday names for the sake of inclusion was made after getting feedback from the community, some people are frustrated that they had no say in the matter, according to CBSN New York.

As of Monday morning, more than 2,400 people signed a petition calling on the Randolph Township Board of Education and the district’s superintendent, Jennifer Fano, to resign following the board decision. The petition’s goal is 2,500 signatures.

“Jen Fano and all of the Board of Education Members have disgraced our community and clearly do not have the best interests of our children in anything they do,” the petition said. “They represent everything that is wrong in education today and are completely incompetent in every aspect of their role.”

More than 100 people attended the meeting on Thursday to protest the Columbus Day name change. Several parents accused the board of erasing Italian-Americans from their inclusion efforts.

“I would like to think that the removal of Columbus Day was simply based on a lack of understanding,” parent Franco Piarulli told board members, according to NJ.com. “Either that or Italian Americans are simply not part of your definition of inclusion.”

Board member Susan DeVito said that the school should strive to be “on the right side of history” as more information becomes known about Christopher Columbus.

“Just because his name has always been on the calendar doesn’t mean it always should be,” DeVito said, according to NJ.com. 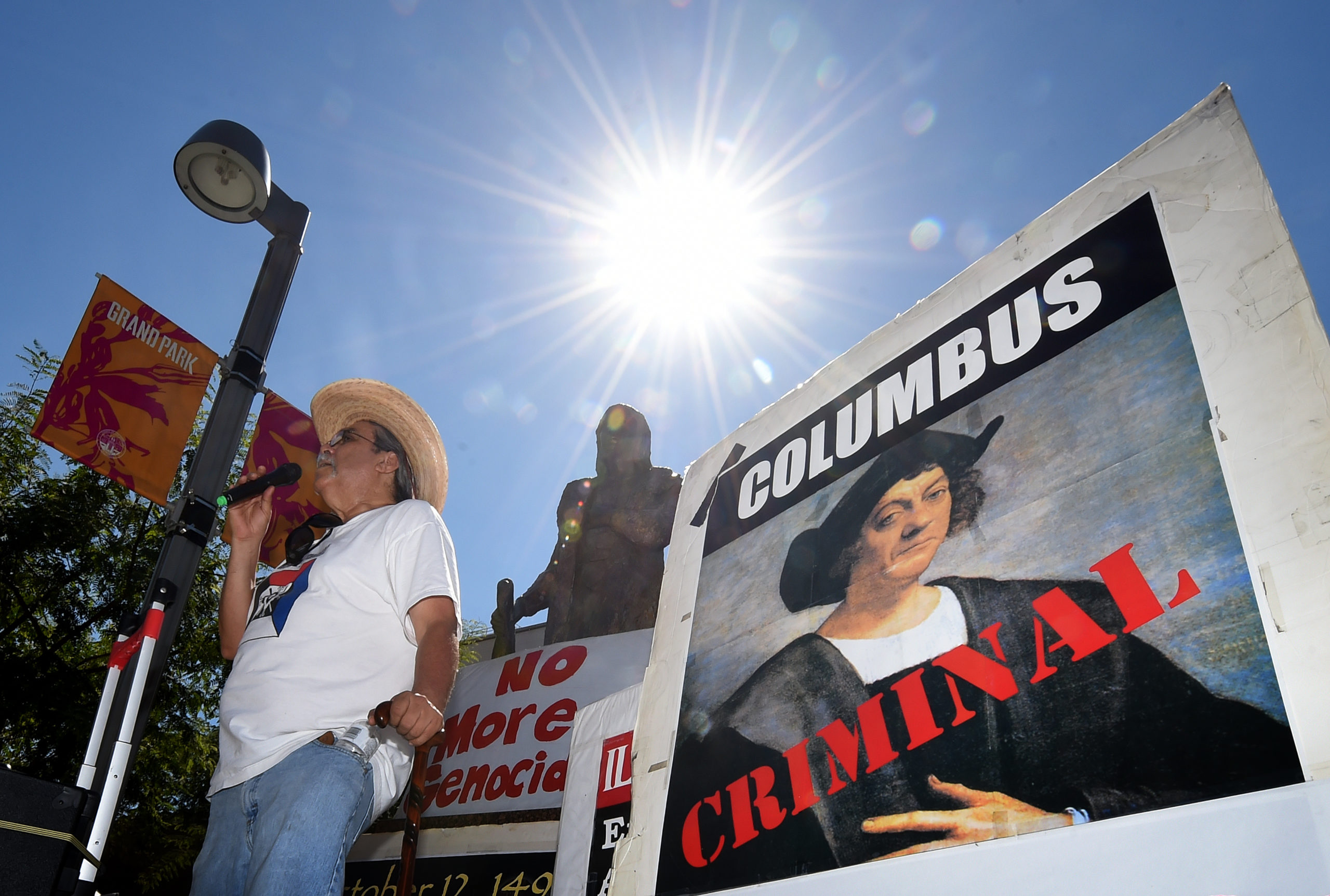 Olin Tezcatlipoca from the Mexica Movement speaks to demonstrators in front of a statue of Christopher Columbus during a protest against Columbus Day in Grand Park, Los Angeles, California on October 11, 2015. (MARK RALSTON/AFP via Getty Images)

In May, the New York City Department of Education announced that Columbus Day would be replaced by “Italian Heritage/Indigenious People’s Day” in the 2021-2022 calendar to “celebrate the contributions and legacies of Italian Americans and recognize Native people are the first inhabitants of the land that became our country.” (RELATED: NYC Schools Will Replace Columbus Day With ‘Italian Heritage Day/Indigenous People’s Day’)

Over 100 cities and states, including California, Wisconsin, Oklahoma, Vermont and others, have made similar efforts to cancel Columbus Day celebrations or rename the holiday.