A leading conservative group wrote a scathing letter to the Aspen Institute, criticizing the organization’s commission on disinformation for being far-left and hyper-partisan.

The Aspen Institute’s Commission on Information Disorder is expected to soon issue a report that will likely castigate conservatives for being more susceptible to and willing to share disinformation, according to the American Principles Project (APP) letter obtained by the Daily Caller News Foundation. However, the institute’s commission is comprised of progressives who not only have a history of partisanship, but have participated in disinformation campaigns themselves.

Kathryn Murdoch, a member of the Aspen Institute Commission on Information Disorder, donated $500,000 last year to a PAC that spearheaded an elaborate disinformation campaign that involved publishing fake, pro-Democratic Party news reports in swing states, according to the APP’s letter. The APP asked the Aspen Institute to remove Murdoch, who’s married to James Murdoch, from the commission, which is tasked with studying campaigns similar to the one she funded.

“For any study on disinformation to be credible, it must take a non-partisan approach which reviews the spread of disinformation from all political stripes and causes,” said the letter sent to Aspen Institute President and CEO Daniel Porterfield on Tuesday. “Early indications leave us skeptical that the Commission can meet this test.”

“We have a major problem with these elitists telling the American people what the truth is and what the truth isn’t and then making themselves the final arbiter of what disinformation is,” APP President Terry Schilling told the DCNF in an interview. “From our standpoint, not only is this report from the Aspen Institute biased, it’s self-serving, it’s arrogant, and it’s anti-American.” 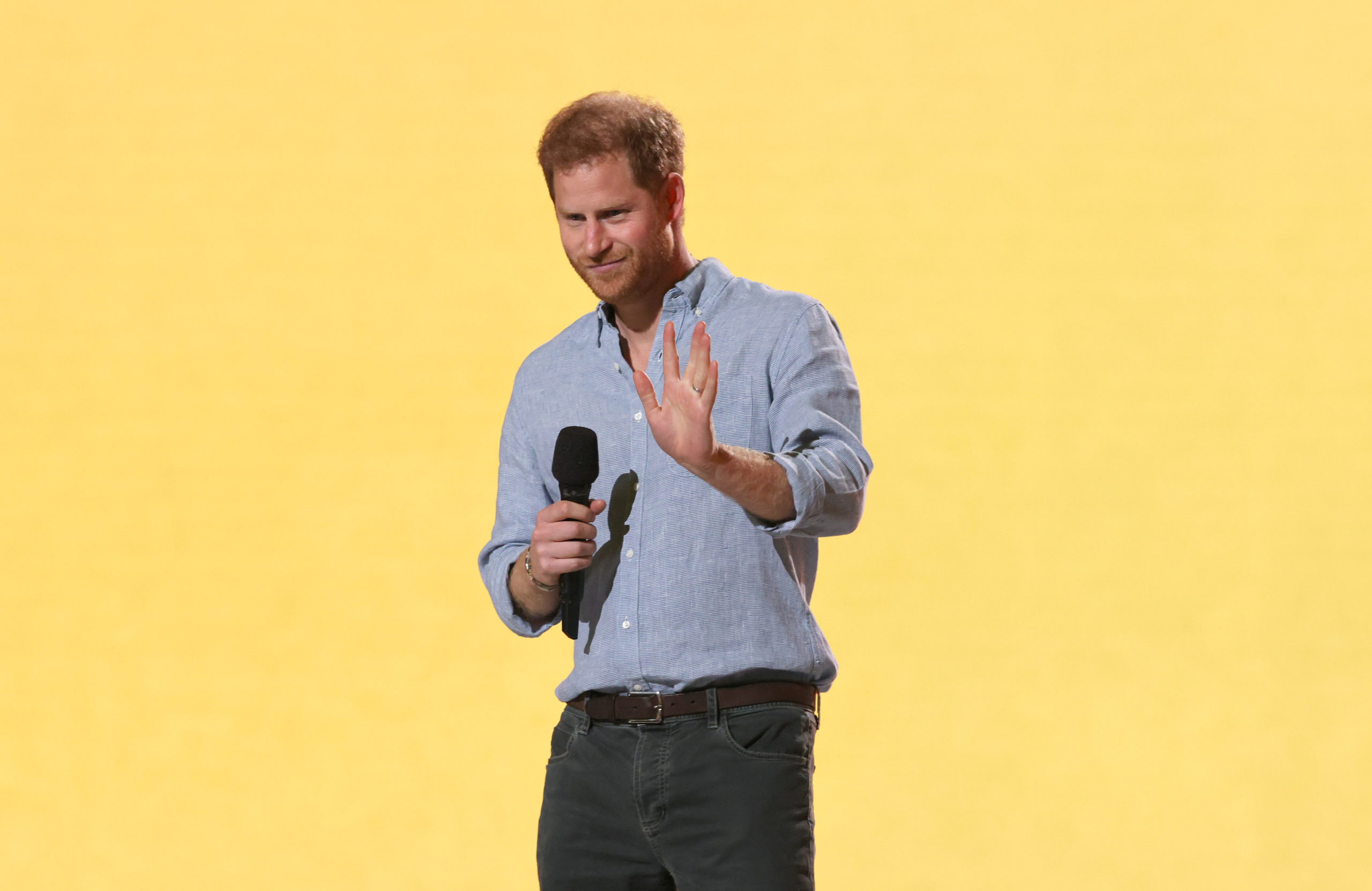 Schilling noted that Prince Harry recently said the First Amendment is “bonkers” on an Aspen Institute podcast. He questioned why Prince Harry, a member of the British Royal Family, is on an important commission with the power to potentially shape future U.S. policy.

Kathryn and James Murdoch have funneled tens of millions of dollars into progressive and Democratic political groups. The couple also donated $100 million to the foundation they co-founded seven years ago, which mainly gives to progressive causes. (RELATED: Former CISA Chief Chris Krebs: Trump ‘Has To Resign’ In Order To ‘Prevent Further Bloodshed’)

In 2020, Kathryn Murdoch notably made two contributions worth $250,000 each to PACRONYM, Federal Election Commission (FEC) data showed. PACRONYM is the PAC affiliated with liberal dark money group ACRONYM, which ran a massive digital campaign to “get Trump the f*ck out of office” last year.

ACRONYM, though, was behind a faux news outlet called Courier Newsroom, according to OpenSecrets. Courier launched a massive disinformation campaign in which it published local newspapers that disguised Democratic and anti-Trump talking points as legitimate news in swing states, The Washington Times reported.

As a result, Courier was hit with an FEC complaint.

While ACRONYM has attempted to distance itself from Courier, it was listed as the full owner of Courier as of 2019, according to tax returns obtained by OpenSecrets. 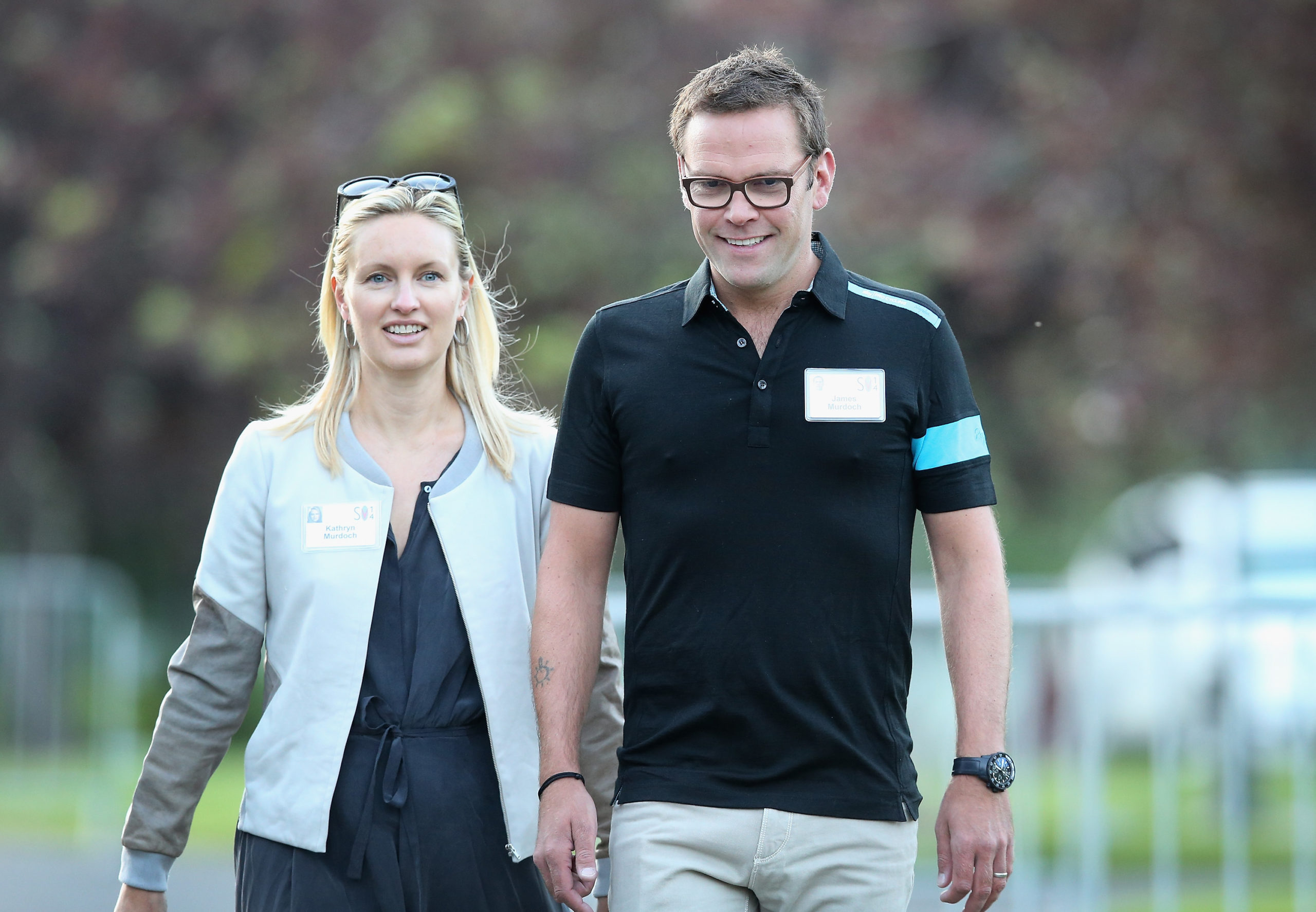 The Cardinal & Pine in North Carolina, The Copper Courier in Arizona, UpNorthNews in Wisconsin, The Gander in Michigan and The Keystone in Pennsylvania were some of the fake newspapers Courier Newsroom created, The Washington Times reported. Courier also created The Americano, which targeted Hispanic voters nationally.

“[PACRONYM] created an elaborate disinformation network that deceived hundreds of millions of Americans with fake news stories in an attempt to influence the outcome of elections across the country,” the APP letter said Tuesday.

James Murdoch resigned in 2020 from News Corporation, the media conglomerate founded by Rupert Murdoch that owns The Wall Street Journal and the New York Post, among other publications. James Murdoch left his family’s company citing “disagreements over certain editorial content.”

In addition, the 15-member disinformation commission can only be considered bipartisan because of its sole Republican, former Texas Rep. Will Hurd, who is more left-leaning than many conservatives, according to Schilling. (RELATED: Prince Harry Says America’s First Amendment Is ‘Bonkers’)

“What it looks like is the typical progressive playbook of ‘Let’s pretend we aren’t on bias, let’s pretend we’re non-partisan, we’ll include a token Republican who’s not really conservative to say that it’s bipartisan,'” Schilling told the DCNF.

“This should be rejected on its face,” he continued.

The Aspen Institute didn’t respond to a request for comment.

Correction: This article has been updated to reflect that Courier Newsroom, and not PACRONYM, was the subject of an FEC complaint. It has also been updated to indicate that tax records show that ACRONYM owned Courier as recently as 2019. Comment from ACRONYM spokesperson Kyle Tharp, which the DCNF received more than 24 hours after publication, has also been added to the story.