The White House is giving senators “about a week or 10 days more” to strike a bipartisan infrastructure deal, Steve Ricchetti, counselor to the president, said Tuesday to House Democrats.

Negotiations on an infrastructure plan have been ongoing, with President Joe Biden and Senate Republicans going back-and-forth for months. Both sides have made changes to their various proposals in an effort to strike a bipartisan agreement, but hard lines in the sand have made coming up with a viable solution futile thus far. (RELATED: Biden Offers To Lower Corporate Tax Hike To 15% Minimum To Seduce Republicans Into Infrastructure Spending)

“We’re going to continue those conversations,” Psaki said at the time. 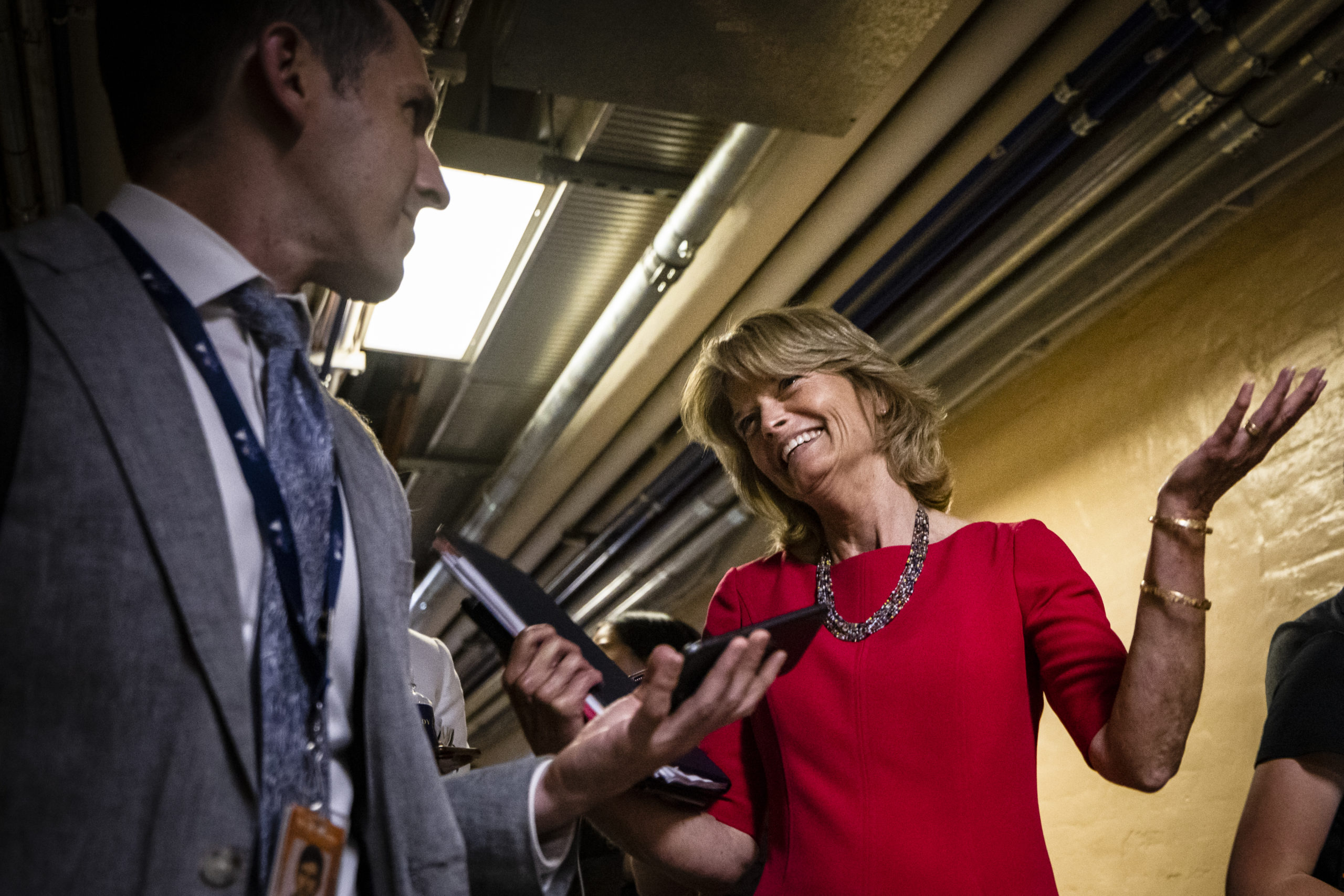 U.S. Sen. Lisa Murkowski (R-AK) reacts to questions from reporters as she leaves a bipartisan meeting on infrastructure in the basement of the U.S. Capitol building after the original talks fell through with the White House on June 8, 2021 in Washington, DC. (Samuel Corum/Getty Images)

The bipartisan Senate group, which Biden began working with after ending talks with Republican West Virginia Sen. Shelley Moore Capito on June 8, now have a timeline of seven to 10 days, Bloomberg noted. The 10 day marker would be June 24.

A White House official told the Daily Caller that “stock” will be taken after around seven to 10 days.

“He [Ricchetti] said that we are certainly going to know where things stand on infrastructure talks generally in the next week to 10 days, and that we can then take stock overall,” according to the official.

Biden’s focus moved to the bipartisan group just prior to his foreign trip. Psaki noted at the time that Biden “said … he would be in contact with members of the group by phone while in Europe” and had “designated his Jobs Cabinet and White House aides Steve Ricchetti, Louisa Terrell, and Brian Deese to meet with them in person to advance this effort.”

The group, comprised of 5 Democratic senators and 5 Republican senators, reached an agreement amongst themselves on June 10 that inched closed to Biden’s demands. Deputy press secretary Andrew Bates said the White House would “work with the Senate group in the days ahead to get answers to” questions surrounding how the plan would be paid for, as it doesn’t include tax increases.

Assuming an agreement can’t be reached, the House is reportedly likely to “begin taking steps to moving a budget resolution over the next month,” according to CNN’s chief congressional correspondent Manu Raju. The final passage on reconciliation would come after August recess, Raju added.