Activists expected President Joe Biden to take immediate action against the death penalty as the first sitting president to openly oppose capital punishment, but he has been silent on the issue, the Associated Press reported.

Biden previously said he wanted to see the death penalty eliminated, in stark contrast to his predecessor, former President Donald Trump who executed 13 inmates from July 2020 to January 2021 before he left office. The executions began after the Supreme Court rejected a challenge to the Trump administration’s move to restart executions of inmates on death row.

Since 1973, over 160 individuals in this country have been sentenced to death and were later exonerated. Because we can’t ensure that we get these cases right every time, we must eliminate the death penalty. https://t.co/o9LQHWwmt7

Activists and lawmakers have pressured Biden to take a stance against capital punishment for the nearly 50 federal inmates currently sitting on death row, according to the Associated Press. But Biden has not taken a stance on new legislation to abolish the federal death penalty or reversed Trump policies that resumed federal executions, since becoming president.

“Biden’s lack of action is unconscionable,” said Ashley Kincaid Eve, a lawyer and activist who protested outside the Terre Haute, Indiana, prison where the federal inmates were executed, the AP reported. “This is the easiest campaign promise to keep, and the fact he refuses to keep it … is political cowardice.” 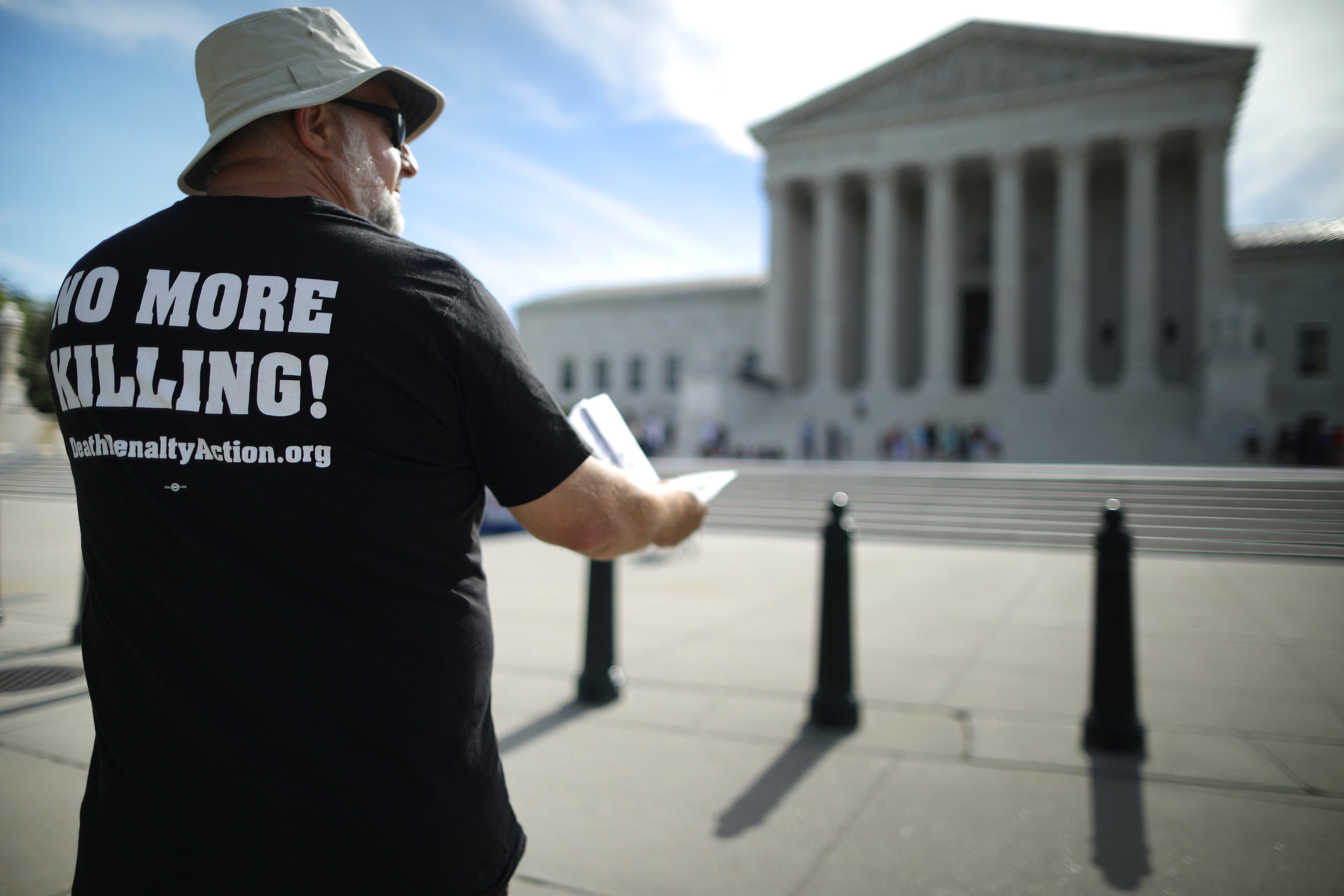 Abraham Bonowitz of Columbus, Ohio, joins fellow members of the Abolitionist Action Committee during an annual protest and hunger strike against the death penalty outside the U.S. Supreme Court July 01, 2019 in Washington, DC. (Photo by Chip Somodevilla/Getty Images)

Inmates don’t think they will be executed with Biden as president, death row inmate Rejon Taylor told the AP. “I won’t say that skepticism has settled in, but I will say that most no longer feel that immediate action will happen,” Taylor said.