Some progressives angered by the For the People Act being filibustered in the Senate, and what they see as an insufficient push by President Joe Biden to get the bill passed, have threatened to withhold their votes on any infrastructure legislation, according to CNN.

“I can’t imagine having a vote in the House on an infrastructure bill, before resolving the issue of whether we will continue to have a democracy,” freshman Democratic Rep. Mondaire Jones of New York told CNN.

“I think it’s demonstrably clear that (Biden) hasn’t done a lot. This is someone who has all the resources available to him as the most powerful person in the world to rally members of his own party to at least make an exception to the filibuster for purposes of saving our democracy,” Jones said. “And instead, the media and the work of a number of senators has been focused on a bipartisan infrastructure package.”

Fellow New York progressive Rep. Jamaal Bowman told CNN’s John King that House progressives were “100%” ready to use the power of their votes in the House if the Senate continues to steamroll progressive agenda items. “We are prepared to say it, we are prepared to do it. We are in conversations like this as we speak because enough is enough.” 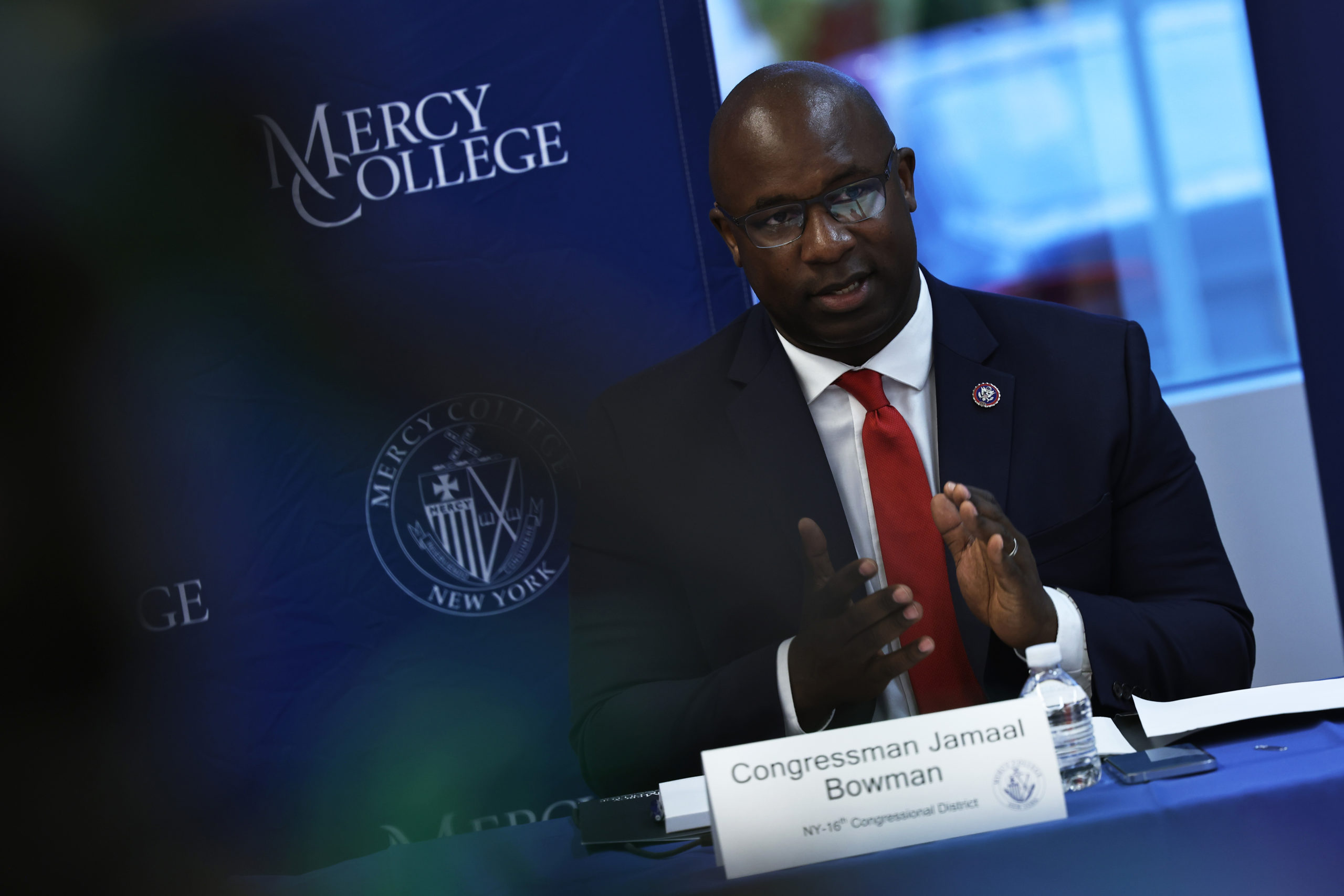 On infrastructure specifically, Bowman said, “This is a time for us to be visionary and bold and lead as a Democratic Party. So, if we’re going smaller on infrastructure, you cannot guarantee that I will vote for an infrastructure package that goes smaller.”

He went on to criticize Biden’s lack of presence in the process. “He’s not absent, but he needs to be a lot more vocal and a lot more out front,” Bowman said.

White House Press Secretary Jen Psaki pushed back against that characterization, telling CNN, “Those words are a fight against the wrong opponent.” She went on to list several of Biden’s efforts, including meeting with key senators like Manchin and nominating Department of Justice officials who will favor voting rights.

“I would say that’s hardly being silent. That’s hardly sitting on the back bench, and we are — he will be standing with advocates in this fight for the foreseeable future,” Psaki said. (RELATED: Governor Vetoes Funding For Texas Legislature After Showdown Over Voting Reform)

Democratic Rep. Pramila Jayapal of Washington, who is also the House Progressive Caucus Chairwoman, downplayed the idea progressives would torpedo the infrastructure deal because of voting rights legislation.

“In this business, as you know you, it’s difficult sometimes to tie totally disparate issues to each other,” she told CNN. “Each of these issues has different concerns associated with them, so we’re not tying the two together, but clearly you see the patience running out of many people, not just progressives, but people across the country who want to see movement and haven’t been seeing movement.”