Republican senators are threatening to sink a recently negotiated bipartisan infrastructure compromise after President Joe Biden said that its adoption was conditioned on the passage of a complementary bill containing top Democratic priorities.

Multiple senators who took part in bipartisan negotiations during the bill’s creation have already said that they may now withhold their support, jeopardizing its passage given the 60 votes necessary for it to overcome a potential filibuster.

“No deal by extortion!” South Carolina Republican Sen. Lindsey Graham said Friday. “It was never suggested to me during these negotiations that President Biden was holding hostage the bipartisan infrastructure proposal unless a liberal reconciliation package was also passed.”

Kansas Republican Sen. Jerry Moran echoed Graham hours later, saying that he would not support the bipartisan package unless Democratic Sens. Joe Manchin and Kyrsten Sinema came out against their party’s discussed reconciliation package, which would effectively doom its chances of passing.

Though 11 Republicans initially signed on to the bipartisan package when it was agreed upon Thursday, opposition from Graham and Moran would mean that only nine Republicans support it, putting it below the Senate’s 60 vote threshold if every other Republican votes against it.

“If this is the only thing that comes to me, I’m not signing it,” Biden said. “It’s in tandem.” 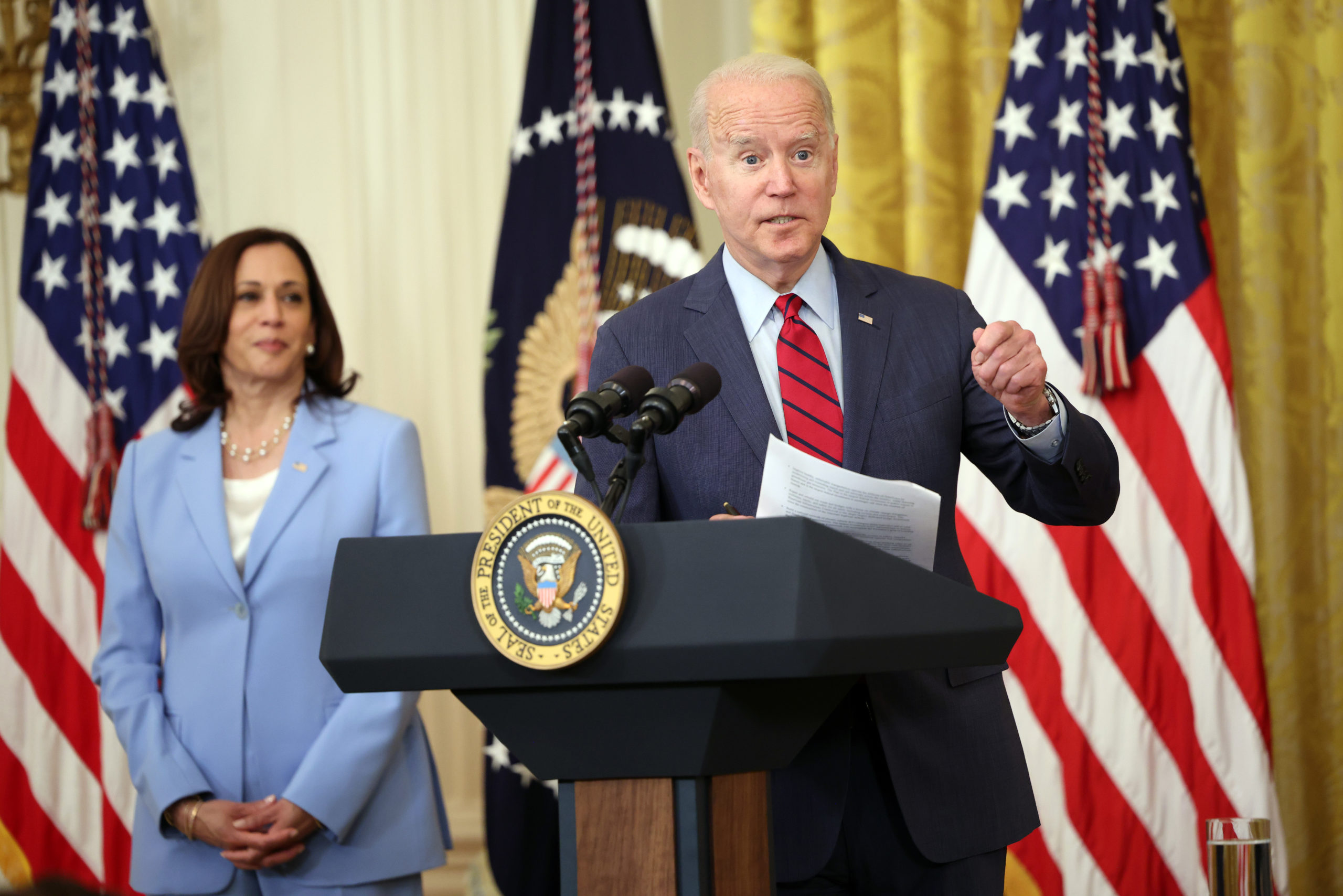 “Less than two hours after publicly commending our colleagues and actually endorsing the bipartisan agreement, the president took the extraordinary step of threatening to veto it,” McConnell said. “It was a tale of two press conferences.” (RELATED: Progressives Threaten Infrastructure Bill After Voting Rights Bill Gets Filibustered)

Though Republicans seemed blindsided by Biden’s comments, some, including McConnell, previously acknowledged the likelihood that they would face both the bipartisan and party-line bills.

“We are anticipating at some point getting a reconciliation bill,” McConnell said during his press conference on June 15. “I guess what we will find out soon is whether there’s an additional bipartisan effort to address the subject that a lot of us would like to address.”

Biden spoke with Sinema Friday and reiterated his support for both bills despite the GOP criticism.