A settlement agreement was announced by North Carolina state attorneys Monday, pushing Juul Labs, a leading e-cigarette company, to pay $40 million and change their business strategies in the state.

The settlement requires Juul Labs to pay $13 million in the first 30 days and the rest of the payments across a span of six years.

“North Carolina is now the first state in the nation to hold Juul accountable for its instrumental role in creating a youth vaping epidemic,” Attorney General Josh Stein stated, further explaining that the money Juul is paying will go towards preventative programs for teens addicted to its products, according to The News & Observer. 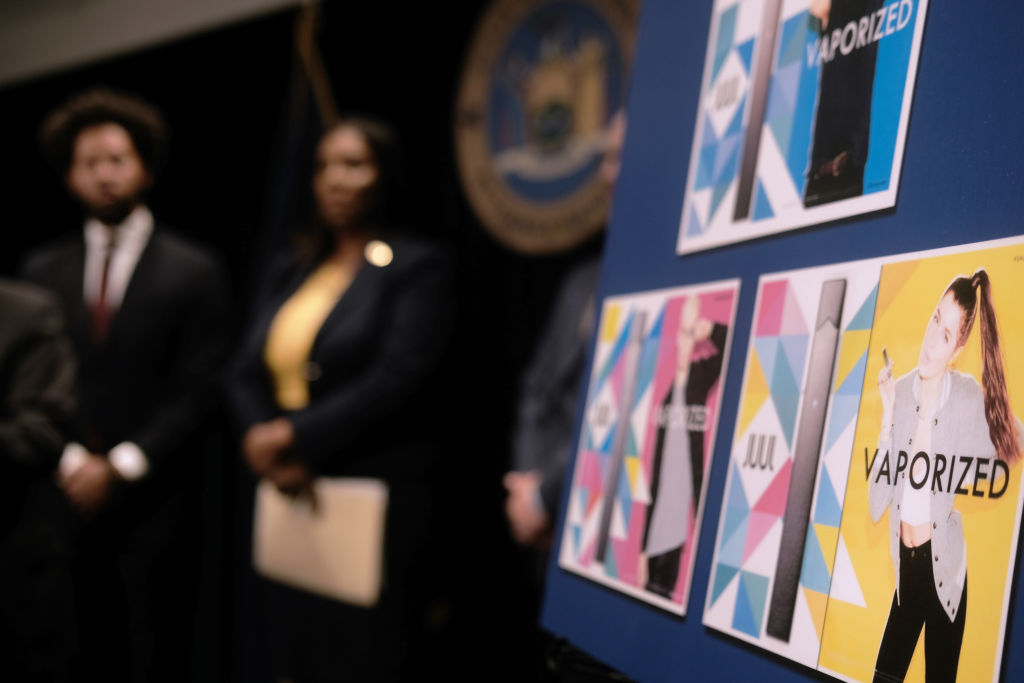 NEW YORK, NEW YORK – NOV. 19: State Attorney General Letitia James announces a lawsuit against e-cigarette giant Juul on Nov. 19, 2019 in New York City. James said that the suit against Juul, the nation’s most popular e-cigarette brand, is for allegedly engaging in deceptive marketing and sales tactics that were primarily aimed at youth. Department of Health experts are currently examining 182 reported cases statewide that are related to severe pulmonary illnesses thought to be from e-cigarettes. (Photo by Spencer Platt/Getty Images)

North Carolina is the first state to file a lawsuit against Juul Labs for the company’s effects on the state’s youth. Stein accused Juul Labs of “unlawfully marketing and selling its products to youth,” by using a “sleek device,” “sweet flavors” and selling products online to underage teens, according to the outlet.

Juul Labs’ attorney, Andrew McGann, said that the settlement is continuous with the company’s work to address underage usage of their products, according to the outlet.

Juul Labs committed $30 million dollars in 2018 toward funding independent research into the “scientific and societal implications of vapor products,” after the FDA had stated health concerns for teens using their products.

“If Juul isn’t held accountable then it’s a license for Juul and other companies to continue behavior that has addicted literally millions of America’s kids,” Matt Myers, president of the Campaign for Tobacco-Free Kids, stated. (RELATED: Did Juul Build Its E-Cigarette Empire By Marketing To Teens?)

Other states that have joined this lawsuit include Illinois, New York, California, Massachusetts, Washington, Arizona, Pennsylvania, Hawaii and Colorado while many other states are beginning to investigate Juul.

Juul has agreed to stop marketing strategies targeted to youth via social media and near schools, discontinue ads stating that e-cigarettes and “safer alternatives” to regular cigarettes and only sell their products behind counters, Stein stated, according to the outlet.