The House approved a resolution Wednesday to create a select committee into the Jan. 6 attack on the Capitol weeks after Senate Republicans killed a bipartisan commission into it.

The bill authorizes House Speaker Nancy Pelosi to select eight members and House Minority Leader Kevin McCarthy to select five in consultation with her. It passed 222 to 190, with two Republicans joining all Democrats in voting in favor.

Though the bill passed with bipartisan support, it was significantly less than the 35 House Republicans who voted for the bipartisan commission in May. House Republican leadership came out against the bill Tuesday, urging its caucus to vote no on the grounds that it would “pursue a partisan agenda and politicize the Jan. 6 attack.”

Washington Republican Rep. Jaime Herrera Beutler, who voted for the bipartisan commission, wrote on Facebook that the select committee “will not be viewed as credible by at least half of Americans,” and said that she would vote against it and not serve on it if asked.

Republicans who supported the resolution included Illinois Rep. Adam Kinzinger and Wyoming Rep. Liz Cheney, who said in a statement ahead of the vote that “Congress is obligated to conduct a full investigation of the most serious attack on our Capitol since 1814,” despite her reservations over what many would see as a partisan inquiry.

Pelosi urged House members to vote in favor of the resolution in a Dear Colleague letter Wednesday, calling it a “responsibility.”

“We have the duty, to the Constitution and the Country, to find the truth of the January 6th Insurrection and to ensure that such an assault on our Democracy cannot happen again,” Pelosi said. (RELATED: Pelosi Introduces Legislation Creating Select Committee To Investigate Capitol Attack) 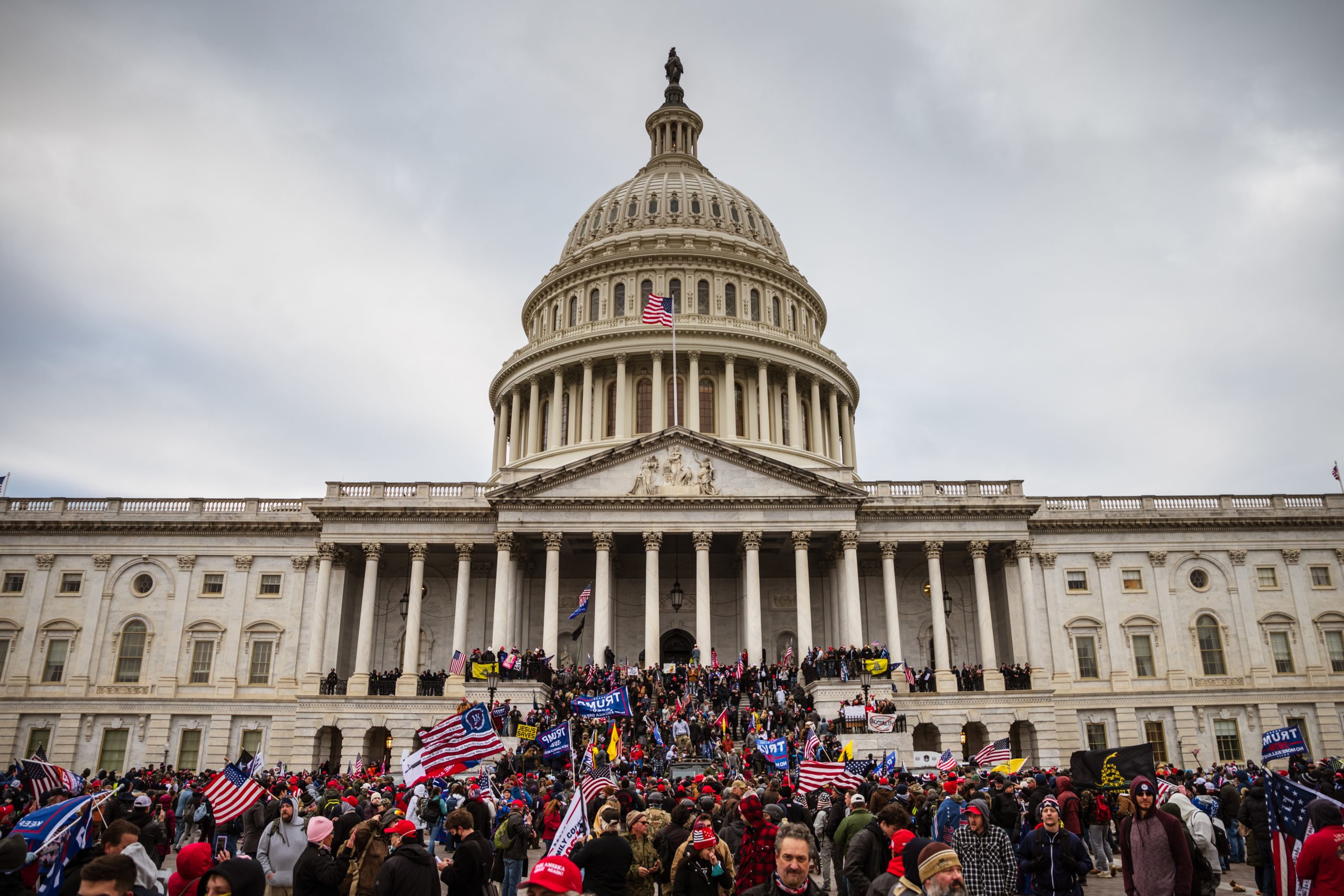 A large group of pro-Trump rioters stands on the East steps of the Capitol Building on January 6. (Jon Cherry/Getty Images)

Though Pelosi has the sole say in choosing eight of the commission’s members, a spokesman for her said Tuesday that she was “seriously considering” appointing a Republican as one of her eight, meaning that the committee could be split 7-6 by party.

Unlike the bipartisan commission, the select committee has no deadline by which it must report its findings, meaning that it could extend up to the 2022 midterm elections. The independent commission had to produce its report by the end of 2021, a key priority for Republicans who originally sought to move past its findings before the 2022 electoral cycle got into full swing.

Pelosi said while announcing the select committee last week that “the timetable will be as long as it takes.”

Despite the original commission’s passage with bipartisan support, it only received seven of the 10 necessary yes votes from Senate Republicans in order to advance to President Joe Biden’s desk, and fell to a GOP filibuster as a result.

The Jan. 6 attack unfolded as a pro-Trump mob stormed the Capitol as Congress convened to certify Biden’s victory, forcing lawmakers, reporters, staff and former Vice President Mike Pence to shelter as rioters engaged with police. Five people died either during or in the immediate aftermath of the attack, including Capitol Police officer Brian Sicknick and rioter Ashli Babbitt, though a medical examiner later determined that Sicknick died of natural causes.