Kohei Jinno felt pride when asked to move out of his home as officials were carrying out the construction of a new stadium for the 1964 Olympic Games, but he has since suffered a bitter twist of fate.

Jinno was evicted, again, in 2013, this time for construction for the 2020 Summer Olympics in Tokyo, Japan, Reuters reported Thursday. “There wasn’t any consideration. If there’d only been one example of ‘you’re being asked to move, could you please possibly cooperate?’” Jinno said, according to Reuters. “Instead, it was pretty much ‘we’re having the Olympics, you need to get out.’” (RELATED: Coalition Pushes To Boycott Beijing Olympic Games, Citing Alleged Human Rights Abuses) 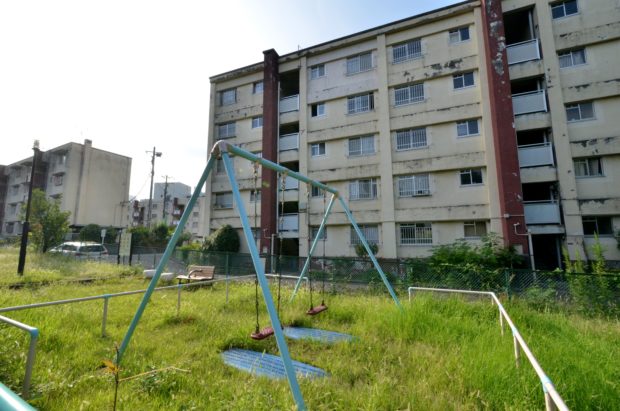 This picture taken on September 14, 2013 shows a general view of the aged Kasumigaoka apartment complex which stands near the rebuilt national stadium in Tokyo. Tokyo’s successful bid to host the Olympics made much of plans to re-use venues built for Japan’s last Summer Games. But for Kohei Jinno, redevelopment for 2020 means eviction again, just like for 1964. In 1964, his home and business were torn down to make way for an Olympic park around the main stadium for the Tokyo Games. (YOSHIKAZU TSUNO/AFP via Getty Images)

While Jinno and his wife, Yasuko, were offered compensation for the eviction from the public housing community they had lived in for decades by officials, it came nowhere close to covering the expenses of the move.

Two years after the move to another public housing complex in 2016, Yasuko reportedly died.

Jinno still visits the old neighborhood, where a park that serves as a tourist attraction has replaced his old home, Reuters reported.

“When I look at the trees along the street that haven’t changed at all, I feel nostalgic but at the same time overflowing with a sad, lonely feeling,” he said, according to Reuters.

White House press secretary Jen Psaki said Monday that President Joe Biden will not be attending the Olympic games this summer but will “certainly be rooting for the athletes.”