An address book reportedly found on the streets of New York City appears to show more connections among the rich and famous of convicted sex offender Jeffrey Epstein.

Suzanne Ircha, who was married to former Trump administration official Woody Johnson, is also named in the book, along with financier Carl Icahn, billionaire John A. Catsimatidis, and writer Steven Rattner, according to Business Insider, which published a full list of those named in the book.

Former musician Denise Ondayko found the book on the sidewalk in the late 1990’s when she was living in Manhattan’s East Village, Insider reported. One of her relatives realized who the book might have belonged to in 2020, and Ondayko sold the book on eBay to a congressional candidate who was living in Vermont.

“I wasn’t smart enough to figure out it was Epstein’s,” Ondayko told Insider. She also told the publication that she reached out to the New York Times, John Oliver, and Rachel Maddow about the book before selling it but never heard back. 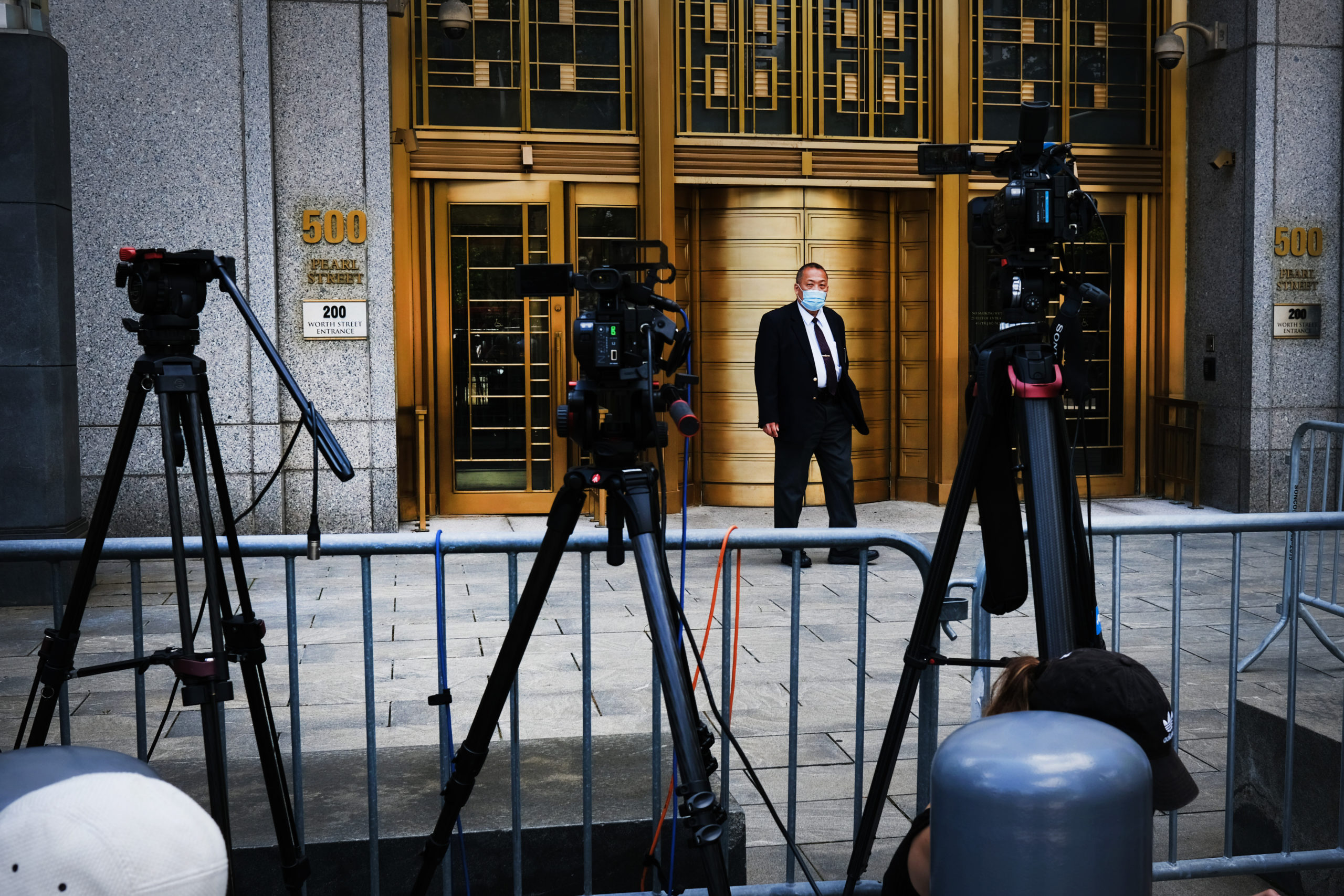 A court officer stands outside a Manhattan courthouse where media have gathered for the arraignment hearing of Ghislaine Maxwell on July 14, 2020 in New York City.   (Spencer Platt/Getty Images)

The book contains 349 names and is dated October 1997, according to Business Insider. (RELATED: Prosecutors, Prison Officials Refuse To Say How They Will Protect Ghislaine Maxwell)

If it is, in fact, one of Epstein’s black books, it could allow the public a glimpse into Epstein’s affairs a decade before his already publicized little black book was completed. Over 200 names are included in the book that do not appear in the later address book, which turned up around 2009.