Texas abortion groups filed a lawsuit Tuesday against the state’s new law giving Americans the right to sue abortion clinics or individuals who help mothers obtain abortions within the state.

Whole Women’s Health and a number of Planned Parenthood affiliates and clinics filed the lawsuit Tuesday in the United States District Court for the Western District of Texas, arguing that the Heartbeat Act (which the abortion providers refer to as Senate Bill 8) “flagrantly violates the constitutional rights of Texans seeking abortion and upends the rule of law in service of an anti-abortion agenda.”

“The Texas legislature’s well-documented hostility to the rights of pregnant people has gone to a new extreme,” the lawsuit said. The plaintiffs are represented by the Planned Parenthood Federation of America, the American Civil Liberties Union, and the Center for Reproductive Rights (CRR). (RELATED: ‘This Is Talibanism’: Media Melts Down Over Law Giving Americans Power To Sue Abortion Clinics, Doctors)

“Not on our watch,” ACLU policy counsel and senior staff attorney Adriana Piñon said in a press release of the Texas law. “Anti-abortion politicians may think it can use Texans like pawns in their ideological and extremist fight. But we’re calling their bluff, and will do everything we can to stop this dangerous law.”

Texas’ Heartbeat Act, signed into law May 19, bans abortions after the unborn baby‘s heartbeat can be detected (usually by about six weeks) and makes exceptions for medical emergencies but not in cases of rape or incest.

The law gives private citizens both in and out of Texas the power to sue abortion clinics or individuals who help women obtain abortions, according to The Texas Tribune, making the law more difficult to challenge in court. It is scheduled to go into effect on September 1. 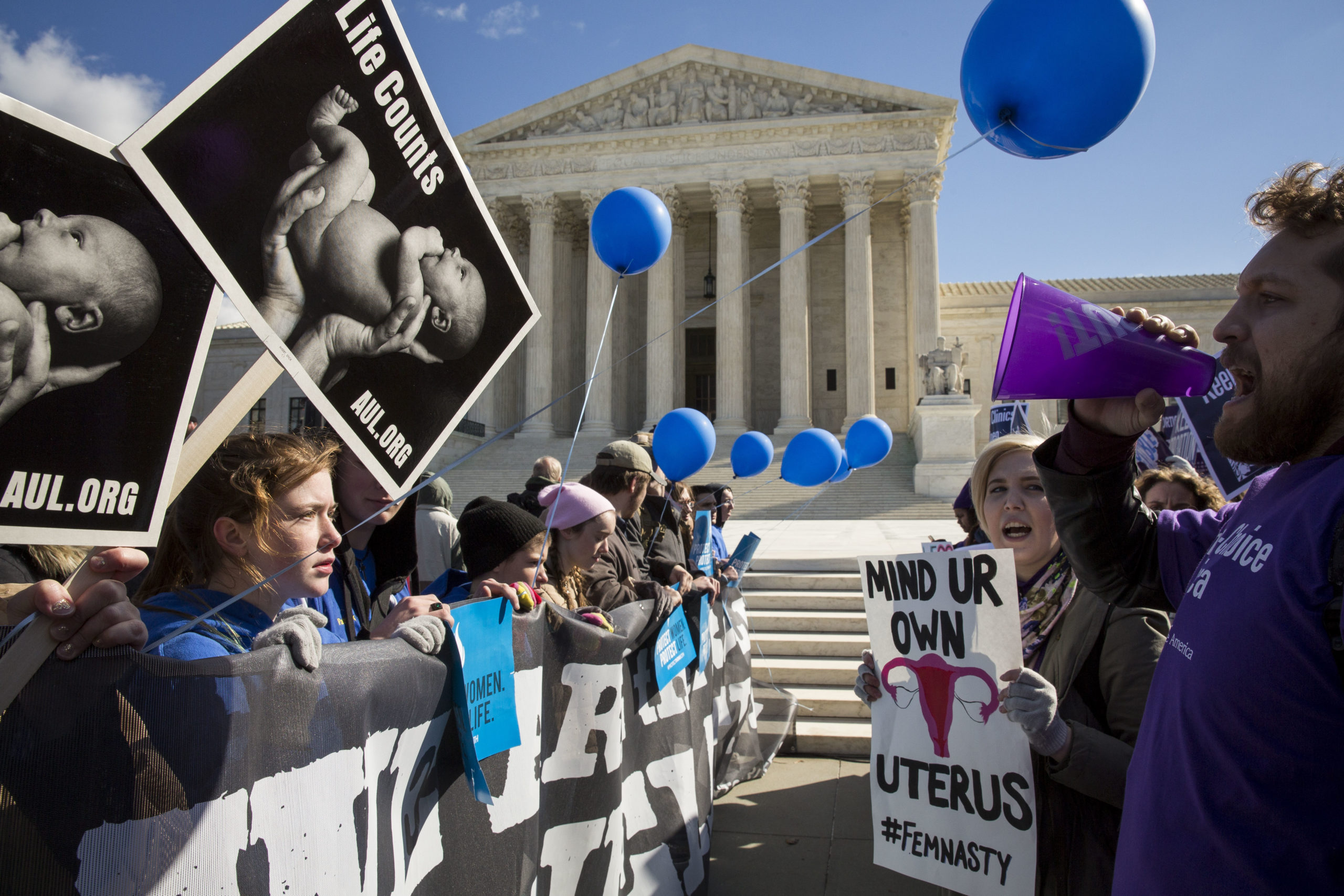 WASHINGTON, DC – MARCH 2: Pro-choice advocates (right) and anti-abortion advocates (left) rally outside of the Supreme Court, March 2, 2016 in Washington, DC. On Wednesday morning, the Supreme Court will hear oral arguments in the Whole Woman’s Health v. Hellerstedt case, where the justices will consider a Texas law requiring that clinic doctors have admitting privileges at local hospitals and that clinics upgrade their facilities to standards similar to hospitals. (Drew Angerer/Getty Images)

“It is unthinkable that anti-abortion extremists could be allowed to stand in the way of people accessing essential healthcare,” Melaney A Linton, president of Planned Parenthood Gulf Coast, said in a statement to The Guardian.

“We’ve never seen a law like this,” CRR lead attorney Marc Hearron said during a Tuesday press call, according to the Guardian. “This is what Texas politicians wanted when they passed this law: to turn anti-abortion extremists into vigilantes with the power to police clinics, staff and their patient support systems. We have already seen the threats begin.”