Senate Minority Leader Mitch McConnell ripped Senate Democrats’ $3.5 trillion deal on their infrastructure reconciliation package Wednesday, saying it is “wildly out of proportion to what the country needs now.”

McConnell slammed the deal to reporters after Senate Majority Leader Chuck Schumer and Independent Vermont Sen. Bernie Sanders, who serves as the chair of the Senate Budget Committee, announced the deal Tuesday night. Democrats hope the $3.5 trillion deal will allow them to bypass a GOP filibuster and pass the plan on a party-line vote.

“With inflation raging at the highest level in 40 years,” the deal is “Wildly out of proportion with the need right now,” the Republican leader warned. (RELATED: McConnell Says Not One Republican Will Support Biden’s $4 Trillion Infrastructure Plan) 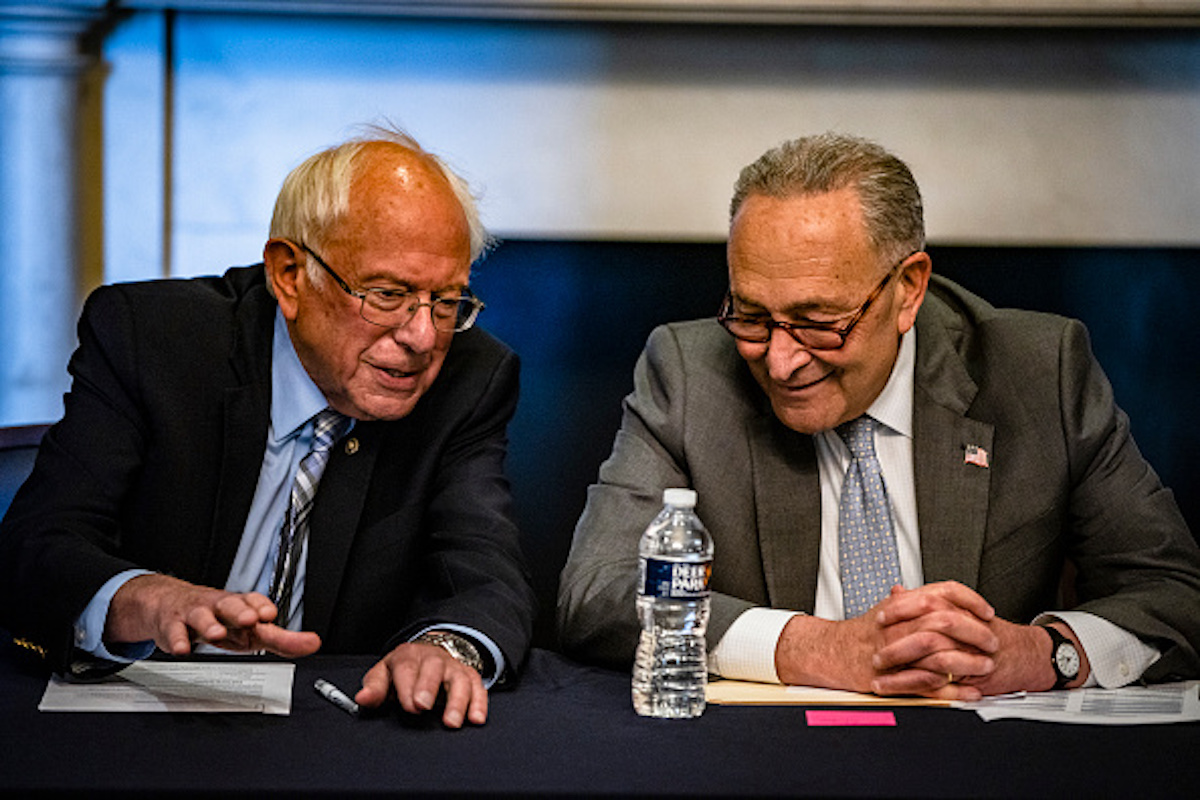 The package includes many issues Republicans are opposed to, such as free community college, universal pre-K, and a nationwide paid leave program. Republicans fear the plan would cause a massive tax hike. (RELATED: Democrats Announce Sweeping $3.5 Trillion Infrastructure Reconciliation Plan)

In late March, 21 Senate Democrats sent a letter to Biden asking him to include recurring direct payments to individuals in his $3 trillion infrastructure plan, saying the $1,400 stimulus checks in the $1.9 trillion COVID-19 relief bill were not enough.(RELATED: 21 Senate Democrats Call On Biden To Include Recurring Direct Payments In $3 Trillion Infrastructure Plan)

Before the reconciliation bill gets a vote, Democrats need to secure the support of three senators in their caucus: West Virginia Sen. Joe Manchin, Arizona Sen. Kyrsten Sinema and Montana Sen. Jon Tester.