The Taliban claims insurgents have captured another border crossing between Afghanistan and Pakistan on Wednesday, the Associated Press reported.

An Afghan government official denied the seizure and requested anonymity, though they did not give a specific reason why they needed it, the AP reported. (RELATED: Thousands Of Children, Families Flee Taliban Takeovers: REPORT) 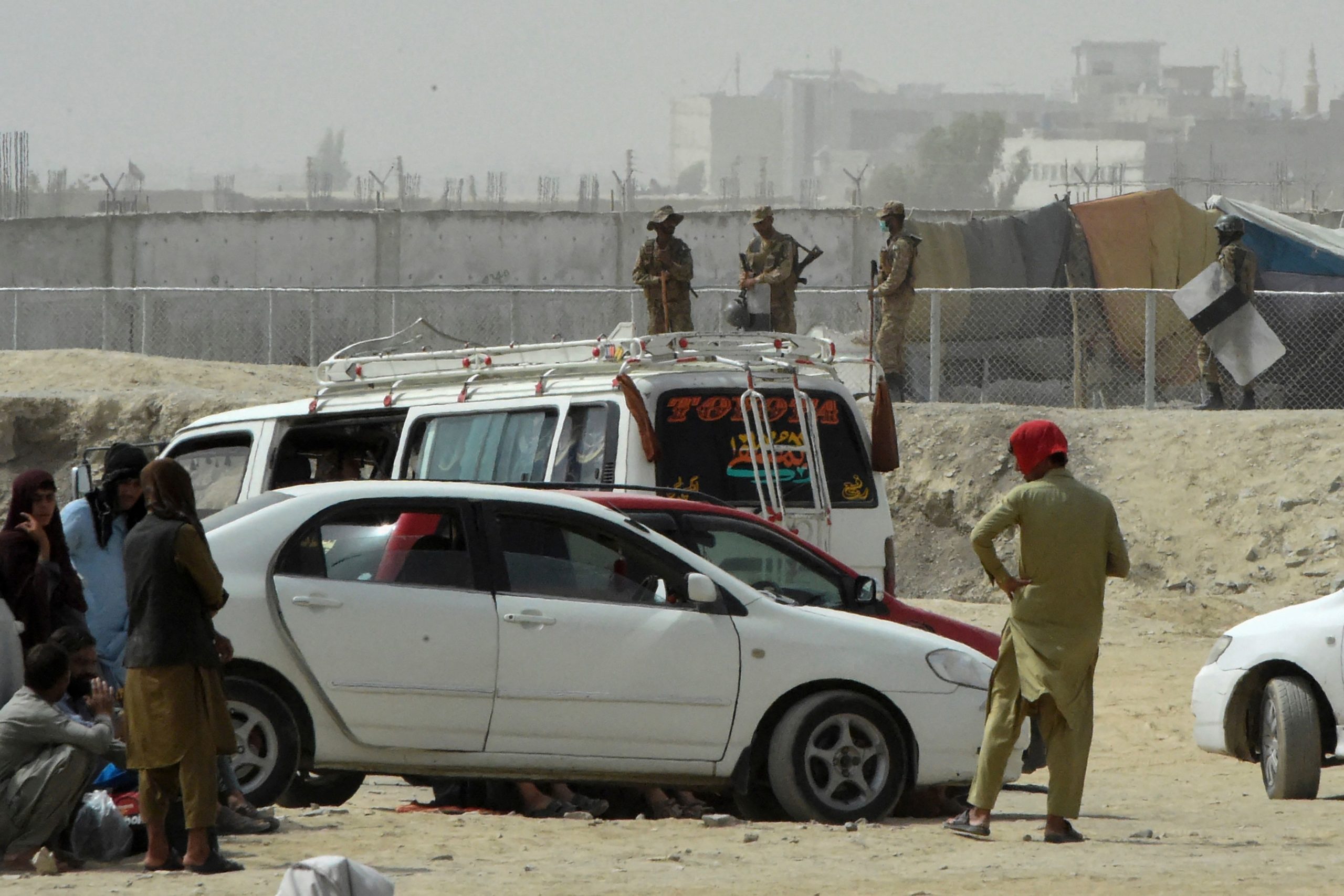 Stranded people gather as Pakistani troops stand guard at the border town of Chaman on July 14, 2021, after the Taliban claimed they had captured the Afghan side of the border crossing of Spin Boldak along the frontier with Pakistan. (Photo by BANARAS KHAN/AFP via Getty Images)

The insurgents have seized several major border crossings including those between Afghanistan and Iran, Tajikistan and Uzbekistan, according to the AP. The Taliban has seized dozens of districts as U.S. forces withdraw from Afghanistan.

Afghanistan is reliant on the Wesh-Chaman border crossing at Spin Boldak since it’s landlocked and depends on the Arabian Sea port of Karachi, Pakistan, to receive goods, the AP reported. The Taliban claims to control 85% of Afghanistan’s territory, though it’s impossible to verify.

Several of Afghanistan’s districts fell to insurgents without a fight and Spin Boldak reportedly went without a struggle, according to the AP.

Insurgent’s control of key border crossings will likely result in increased revenue to the Taliban and will help them negotiate with the Kabul government. The Taliban has imposed their own taxes and fees on shipments between countries and even within Afghan districts, the AP reported.