Former President Donald Trump pushed back Thursday against accusations he wanted to launch a coup, rebutting alleged claims from the Chairman of the Joint Chiefs Gen. Mark Milley.

“I never threatened, or spoke about, to anyone, a coup of our Government,” Trump said. “So ridiculous! Sorry to inform you, but an Election is my form of ‘coup,’ and if I was going to do a coup, one of the last people I would want to do it with is General Mark Milley. He got his job only because the world’s most overrated general, James Mattis, could not stand him, had no respect for him, and would not recommend him.”

Trump said he lost all respect for Milley after they went to St. John’s Church.

“Milley choked like a dog in front of the Fake News when they told him they thought he should not have been walking with the President, which turned out to be incorrect. He apologized profusely, making it a big story, instead of saying I am proud to walk with and protect the President of the United States. Had he said that, it would have all been over, no big deal, but I saw at that moment he had no courage or skill, certainly not the type of person I would be talking ‘coup’ with.”

“I’m not into coups!” Trump continued. 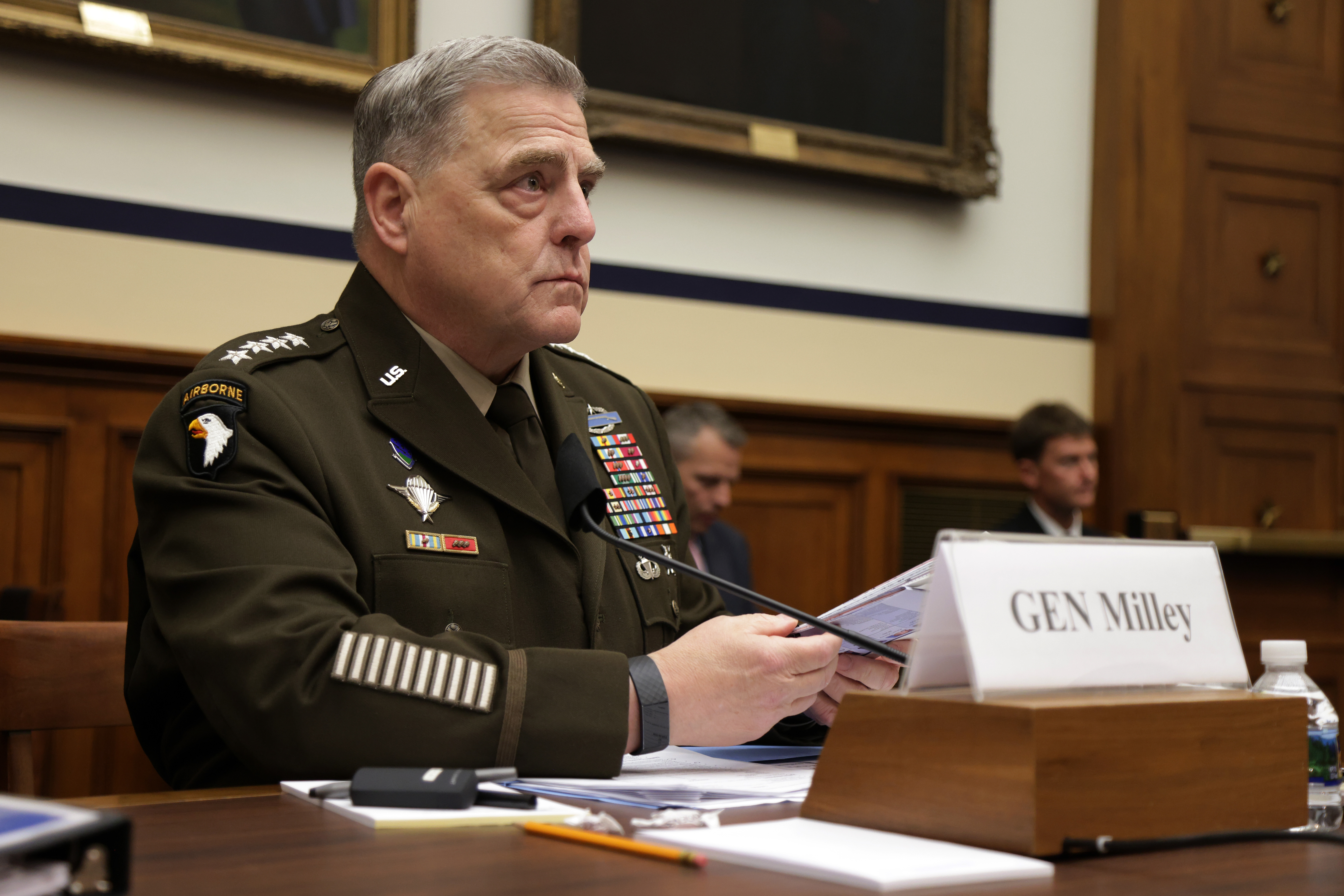 Milley was so concerned Trump and his allies would launch a coup after the November election that he and other top officials planned out ways to stop Trump should the need arise, a book from Washington Post reporters alleges, according to CNN who obtained an excerpt.

Milley reportedly was concerned about the firing of Defense Secretary Mark Esper and former Attorney General William Barr’s resignation. Milley was also worried that Trump was “stoking unrest,” according to CNN.

“Milley told his staff that he believed Trump was stoking unrest, possibly in hopes of an excuse to invoke the Insurrection Act and call out the military,” Washington Post reporters Carol Leonnig and Philip Rucker wrote, according to the report.

Rucker and Leonnig claimed Milley likened Trump to “the classic authoritarian leader with nothing to lose” and saw similarities between Trump and Adolf Hitler.

“This is a Reichstag moment,” Milley reportedly told aides. “The gospel of the Fuhrer.”

Milley isn’t the only one who allegedly believes Trump wanted to launch a coup, with several corporate media outlets publishing pieces claiming the same. Business Insider published an article on Jan. 6 titled “Trump provoked an attempted coup by his supporters before retreating to the White House to tweet.”

CNN published an article about “how dangerous President Donald Trump really is,” after the Capitol riot. (RELATED: Feds Arrest Five Family Members Who Walked Into Capitol Building During Jan. 6 Riot)

A coup d’etat is defined as the “violent overthrow or alteration of an existing government by a small group.” Trump told his supporters to “go home and go home in peace” as rioters descended onto the Capitol.

“I know your pain. I know you’re hurt. We had an election that was stolen from us,” Trump told supporters. Trump continues to contend the election was stolen, but has yet to meet with legal success.