A bipartisan Senate trio is seeking to reassert Congress’ control over war authorizations and military power.

Utah Republican Sen. Mike Lee and Democratic Sens. Bernie Sanders of Vermont and Chris Murphy of Connecticut introduced the National Security Powers Act Tuesday, hoping to clamp down on presidential war powers that have expanded in recent years under presidents of both parties.

The bill requires the president to end foreign hostilities if they are not approved by Congress 20 days after they begin and cuts off funding if a president continues to act without congressional authorization. It gives Congress authority over weapons sales and allows it to prohibit the sale of weapons at its discretion, after former President Donald Trump irked lawmakers with his repeated sales to Middle Eastern allies like Saudi Arabia and the United Arab Emirates. (RELATED: Trump Vetoes Resolution Curbing His Ability To Attack Iran Without Congressional Approval) 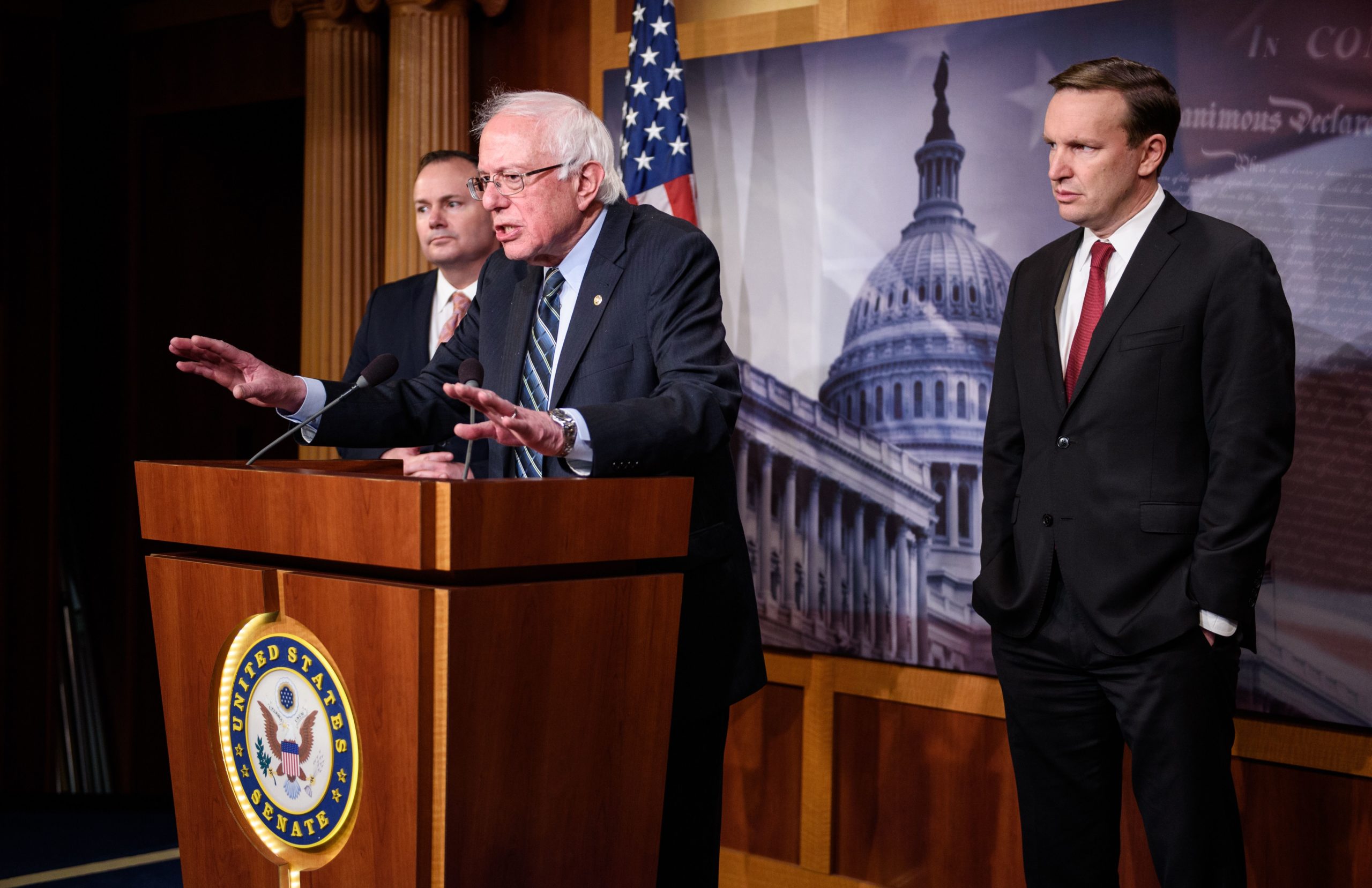 Congress would also have to approve national emergencies and renew them when necessary. The bill would bar the International Emergency Economic Powers Act from being used to implement tariffs.

The bill would repeal all existing war authorizations, including the sweeping 2002 Authorized Use of Military Force that passed after the 9/11 attacks. The House already voted to repeal the 2002 AUMF in June, and the Senate is expected to follow suit later this month.

Biden has endorsed several congressional efforts to reassert its authority over U.S. foreign interventions, but it is unclear whether he or Congress as a whole will endorse the trio’s bill.