“I’m running for the United States Senate because this democracy is ours and truth matters,” Finkenauer said in front of a crowd of supporters. She focused on the Jan. 6 riot at the Capitol, arguing that the politicians currently in office “think they own democracy and they were silent when it was attacked.”

“It’s politicians like Senator Grassley and Mitch McConnell who should know better but are so obsessed with power that they oppose anything that moves us forward,” she added.

Finkenauer was elected to the House of Representatives in 2018, beating Republican incumbent Rod Blum in Iowa’s 1st congressional district. She lost reelection in 2020 to current Rep. Ashley Hinson.

Grassley, who is 87-years-old, has not announced whether he will run in 2022, though he has filed the paperwork necessary to do so, KCCI reported. He won re-election handily in 2016, winning 60.1% of the vote, but a Des Moines Register/Mediacom Iowa Poll released in June showed nearly two-thirds of Iowa’s likely voters believed it was time for someone new in the seat. 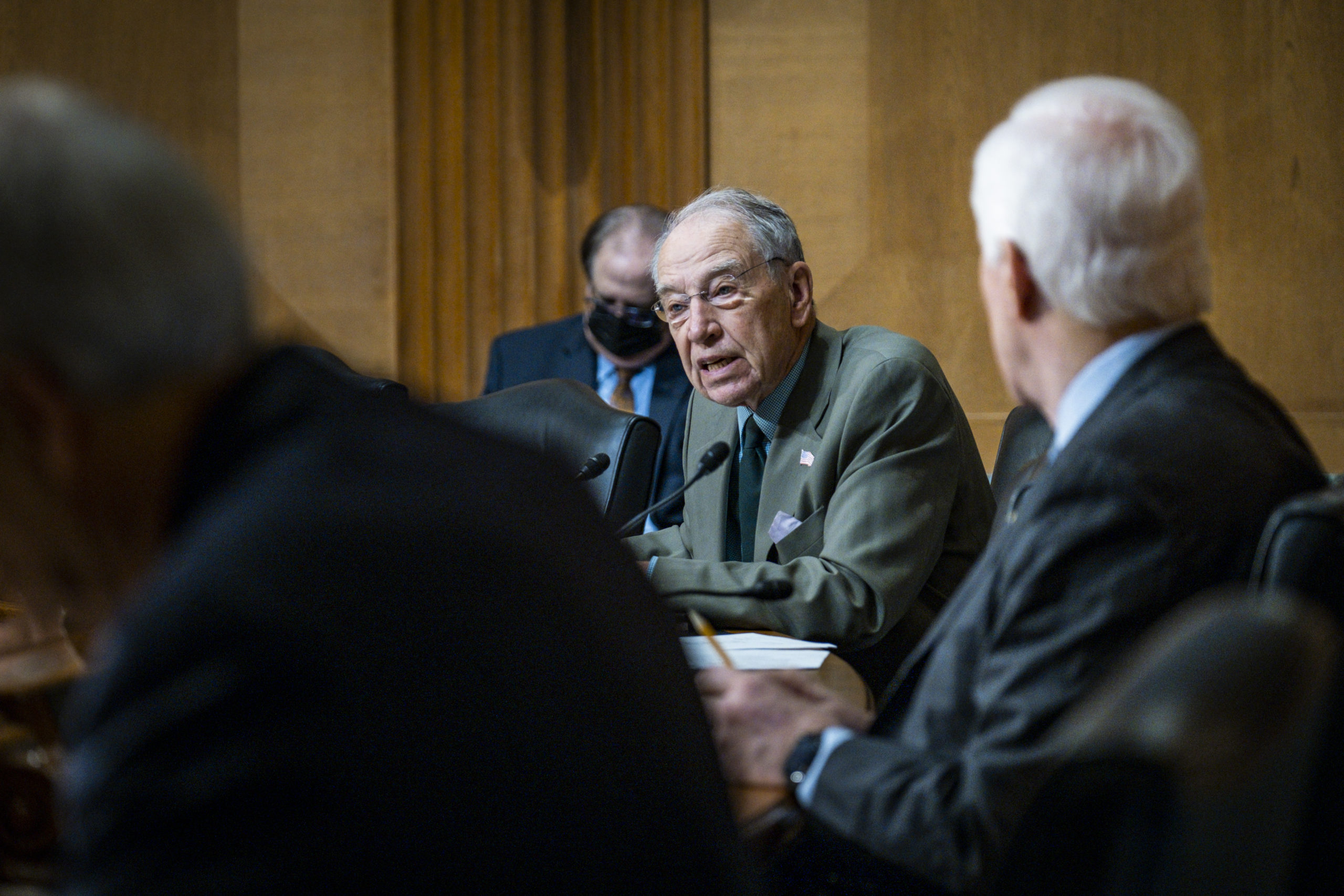 The senator’s fundraising efforts have continued, including performing 22 push-ups at a fundraiser in June. He reported about $2 million in his campaign account at the end of the first quarter, the Associated Press reported. (RELATED: Nevada To Hold First Presidential Primary Of 2024 Election Cycle)

“He was somebody I used to look up to and believed would actually move things forward,” Finkenauer told Politico in an interview published Thursday. “Unfortunately, with his votes lately he’s really left us behind.”

Former county official Dave Muhlbauer is the only other Democrat who has announced his candidacy in the Democratic primary thus far, the Des Moines Register reported, though Rep. Cindy Axne has expressed interest, The Storm Lake Times reported.