The number of Americans filing new unemployment claims increased to 419,000 last week as the economy continues its recovery from the coronavirus pandemic, according to the Department of Labor. 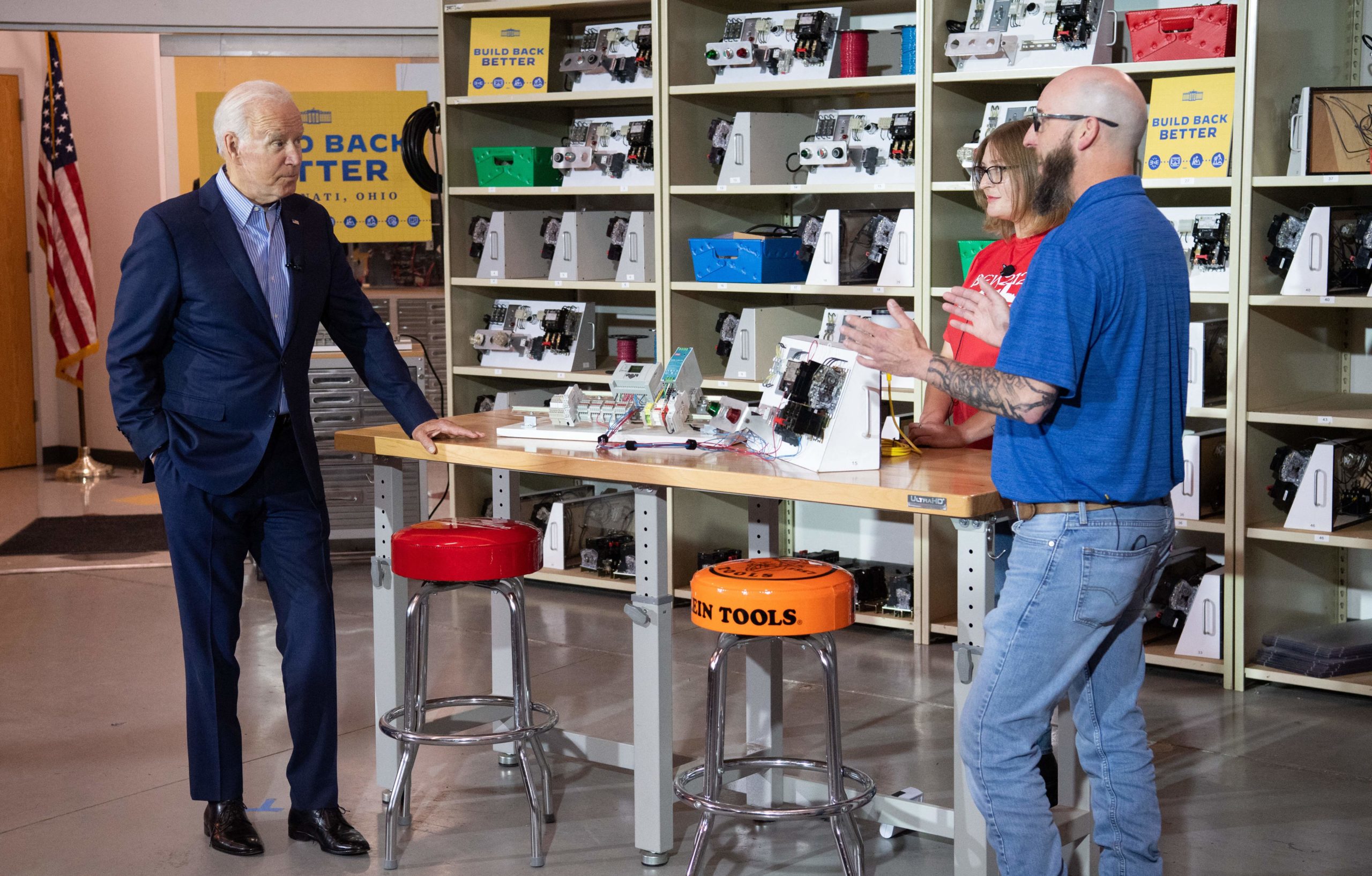 President Joe Biden speaks with an instructor and an apprentice at a union training center in Cincinnati, Ohio, on Wednesday. (Saul Loeb/AFP via Getty Images)

While many Americans return to work, job vacancies continue to hit new record highs. There were more than 9.2 million job openings at the end of May, the Labor Department said.

“I continued to see increases in the number of unemployed and, in some weeks, increases in the new regular claims that were coming in,” Republican Mississippi Gov. Tate Reeves, who was among the first governors to cancel the federal bonus, told the Daily Caller News Foundation in an interview last week. “So I felt we had to make a decision because if we wanted to experience a full economic recovery, we had to get our people back to work.”

President Joe Biden has focused on negotiating additional spending infrastructure and welfare bills. Democrats hope to soon pass a $3.5 trillion budget reconciliation package that would incorporate proposals from each piece of legislation.

“If we make a prudent, multi-year investments in better roads, bridges, transit systems, and high-speed Internet, and a modern, resilient electric grid, here’s what will happen: It breaks up the bottlenecks in our economy,” Biden said during remarks on Monday.