Republican Sen. Ron Johnson of Wisconsin is not sure he’s the “best candidate” to campaign for reelection in 2022, he told conservative commentator Lisa Boothe on Wednesday.

“I want to make sure that this U.S. Senate seat is retained in Republican hands,” he said on The Truth with Lisa Boothe. “You see what the media’s doing to me. I may not be the best candidate. I wouldn’t run if I don’t think I could win, if I don’t think I was the best person to be able to win.”

Johnson, who has already been endorsed by former President Donald Trump, has become one of the more controversial senators in Congress. He has questioned the safety of COVID-19 vaccines and cast doubts on the results of the 2020 presidential election.

President Joe Biden won Wisconsin in 2020 by about 20,000 votes and Johnson’s seat is a prime target for Democrats to flip, the New York Times reported.

“Johnson’s self-serving agenda attempted to strip protections for pre-existing conditions from Wisconsinites, encouraged people not to get vaccinated against COVID-19, and sowed dysfunction in DC,” Philip Shulman, spokesperson for the Democratic Party of Wisconsin, told the Wisconsin State Journal. 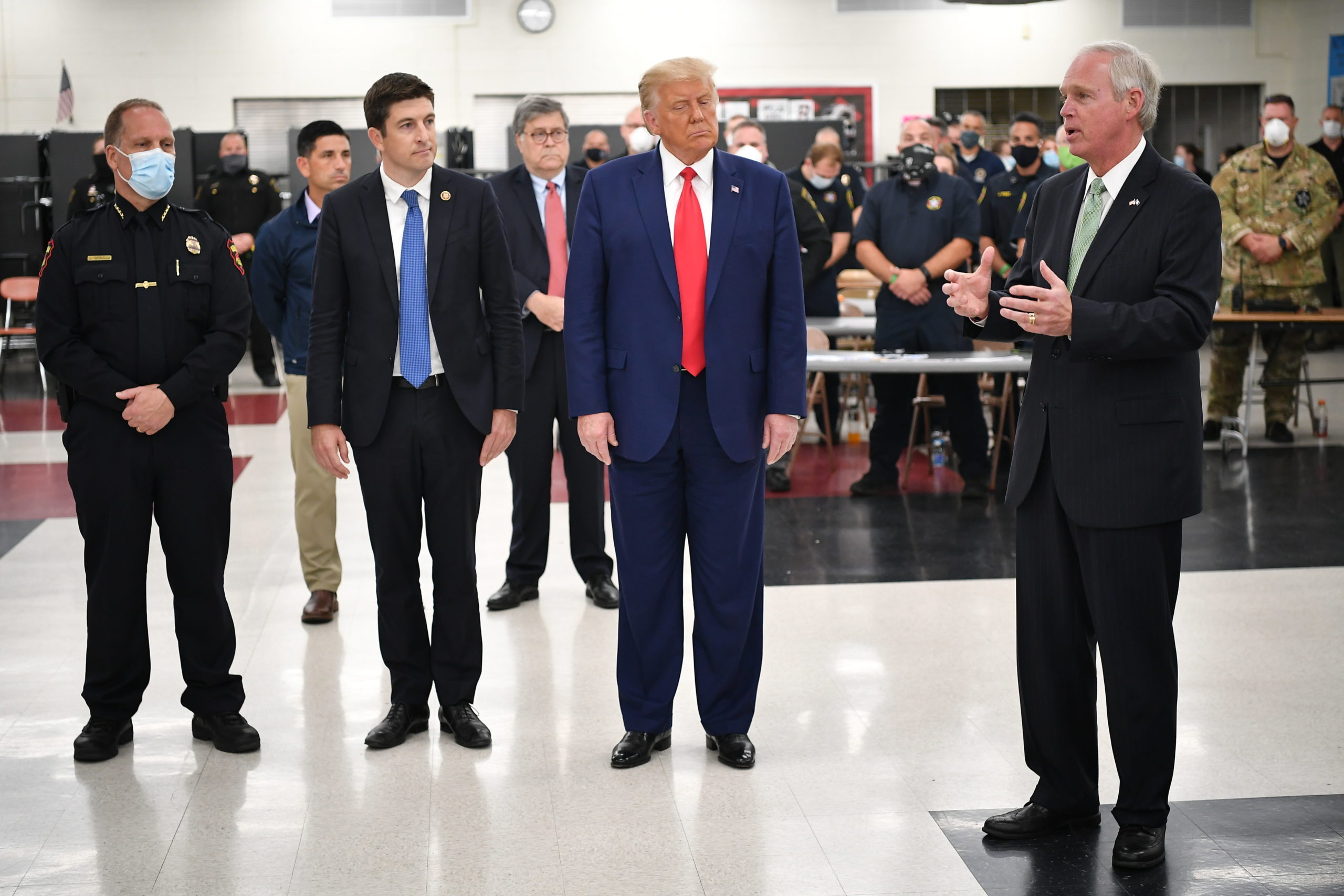 US President Donald Trump listens to Republican Senator Ron Johnson during a tour of an emergency operations center at Mary D. Bradford High School in in Kenosha, Wisconsin on September 1, 2020. (Photo by MANDEL NGAN/AFP via Getty Images)

Johnson lamented he had not accomplished many of his goals throughout his 11-year tenure in the Senate. “Obamacare’s still in place, and we’ve doubled the debt. I don’t feel like my time here has been particularly successful,” he said. (RELATED: Lieutenant Gov. Mandela Barnes Announces Candidacy, Looking To Become First Black Senator In Wisconsin)

“This is an incredibly frustrating place here,” Johnson added. “Having come from the private sector, running a successful business. Being able to accomplish things. When you just see the dysfunction that is Washington D.C., it can be pretty frustrating.”