House Speaker Nancy Pelosi called Minority Leader Kevin McCarthy “a moron” to reporters on Wednesday when asked about the congressman’s comments on new mask mandates for the House of Representatives.

“Make no mistake — The threat of bringing masks back is not a decision based on science, but a decision conjured up by liberal government officials who want to continue to live in a perpetual pandemic state,” McCarthy tweeted Tuesday.

“He’s such a moron,” Pelosi said Wednesday while getting into her SUV after being asked about McCarthy’s statements. (RELATED: ‘This Is How I’m Gonna Die’: Police Officers Share Stories Of Violence And Destruction During Capitol Riot)

“Unfortunately, we can’t verify this audio because of poor quality, but I can confirm that the Speaker believes that saying a mask requirement is ‘not a decision based on science’ is moronic,” Pelosi’s Deputy Chief of Staff Drew Hammill tweeted after the exchange. 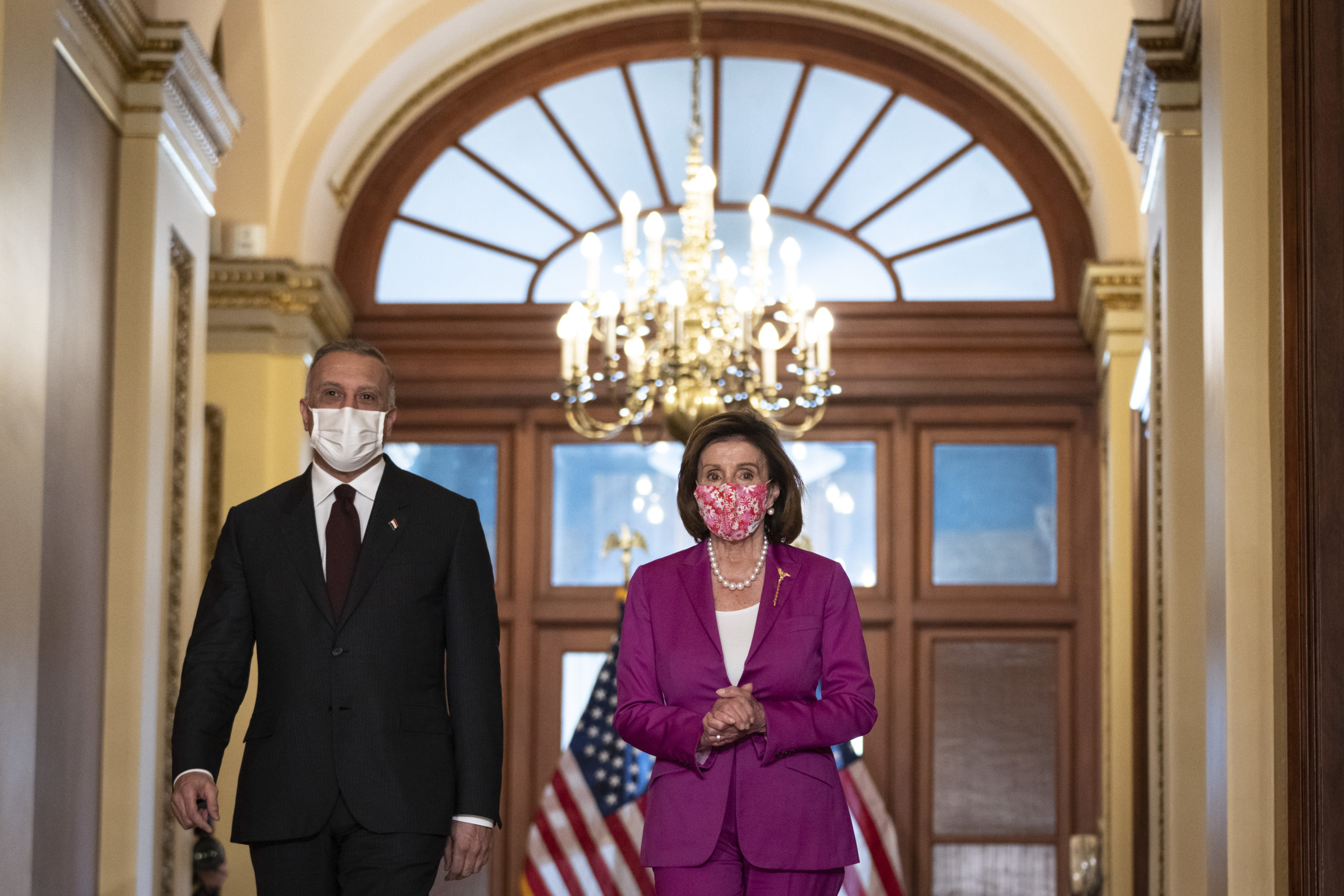 (L-R) Iraqi Prime Minister Mustafa al-Kadhimi and Speaker of the House Nancy Pelosi (D-CA) arrive to speak briefly to the press outside of her office at the U.S. Capitol on July 28, 2021 in Washington, DC. (Photo by Drew Angerer/Getty Images)

“Well if she’s so bright, I’d like to know where the science changes in the Capitol, between the House and the Senate,” McCarthy told CNN. “I never think it’s productive when I talk to her,” he added when asked if he will speak to Pelosi about the mask rules.

CNN reported Monday that the relationship between Pelosi and McCarthy had become toxic due to the House select committee to investigate the Jan. 6 Capitol attack. Pelosi denied two of McCarthy’s picks for the select committee, which led the congressman to pull all of his selections.

Pelosi then chose to appoint Rep. Adam Kinzinger of Illinois, joining Rep. Liz Cheney of Wyoming as the only two Republicans on the select committee. McCarthy later said Pelosi had “broken Congress” with the appointments, while also labeling Kinzinger and Cheney as “Pelosi Republicans.”