Hearing Officer Kerstin Meyers said the labor board’s regional director should nullify the results of the April election, in which workers overwhelmingly rejected unionizing, according to a Monday statement from the labor union that attempted to organize the warehouse. The Retail, Wholesale and Department Store Union (RWDSU) challenged the results of the election shortly after it concluded, alleging that Amazon violated several labor laws to coerce workers into voting against unionization.

In May, Meyers presided over a multi-week hearing where RWDSU and Amazon lawyers presented arguments in favor and against holding a new election. (RELATED: Amazon Workers Were Threatened, Intimidated, Union Says As It Demands New Election)

“Throughout the NLRB hearing, we heard compelling evidence how Amazon tried to illegally interfere with and intimidate workers as they sought to exercise their right to form a union,” RWSDSU President Stuart Appelbaum said in a statement on Monday. “We support the hearing officer’s recommendation that the NLRB set aside the election results and direct a new election.”

“Amazon’s behavior throughout the election process was despicable,” he continued. “Amazon cheated, they got caught, and they are being held accountable.” 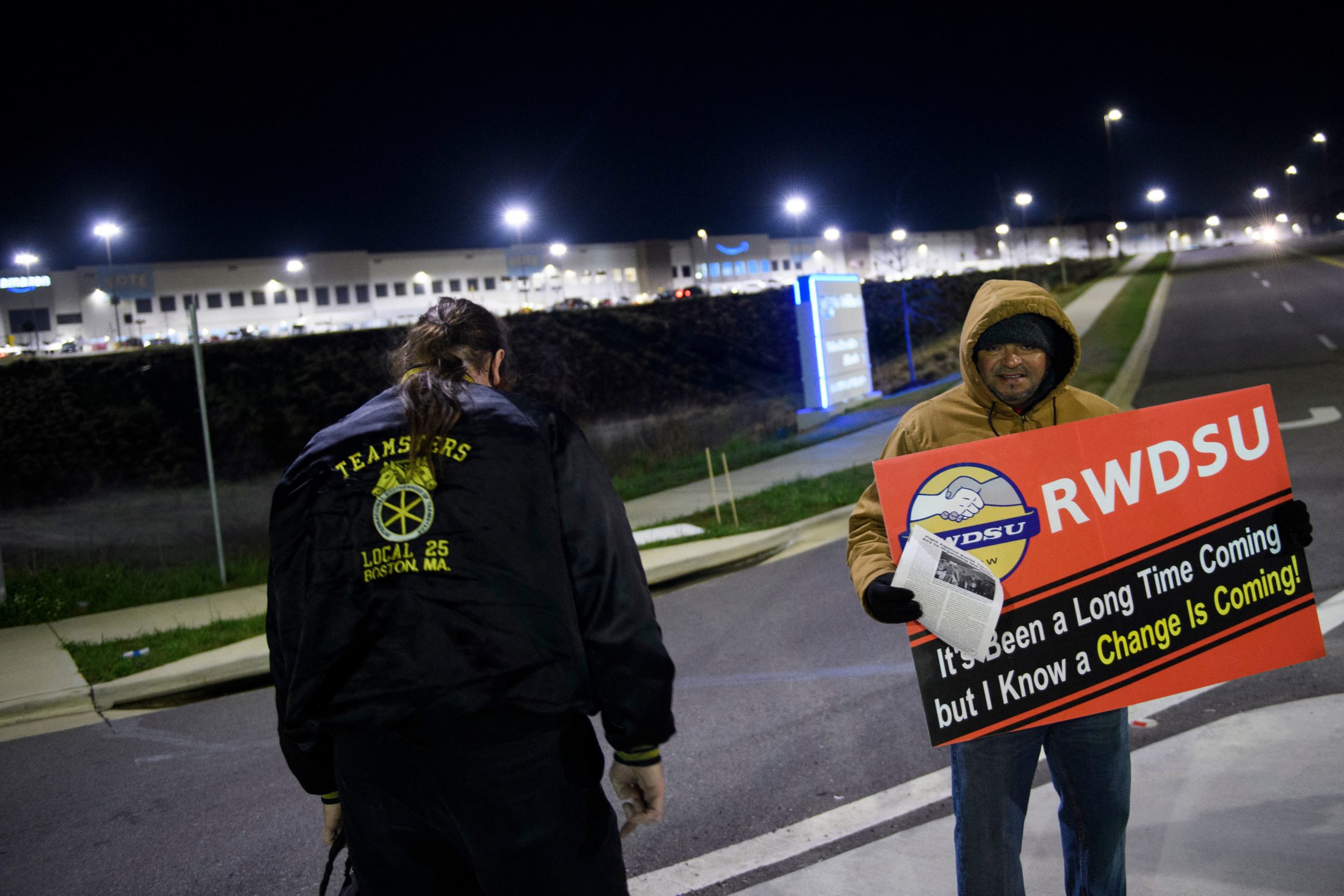 The two sides called dozens of witnesses including Amazon warehouse workers, union organizers and United States Postal Service executives over the course of the hearing. Perhaps the biggest allegation came when Kevin Jackson, a Bessemer warehouse worker, alleged that he witnessed security guards at the facility opening the mailbox that was placed on the premises to collect ballots.

“The reality is the [union] had every opportunity to make a case from October 2020 to March 29, 2021, including to correct any misimpression, or so-called interference that it believed Amazon had caused,” Harry Johnson, a lawyer representing Amazon, said during the hearing in May. “And the reality is the employees at the [warehouse] heard the petitioners’ case and chose otherwise.”

On April 9, the NLRB reported that a whopping 1,798 workers voted against unionization compared to just 738 who voted in favor. After the results were released, Amazon said its employees heard far more anti-Amazon messages than pro-Amazon messages during the election.

“Our employees had a chance to be heard during a noisy time when all types of voices were weighing into the national debate, and at the end of the day, they voted overwhelmingly in favor of a direct connection with their managers and the company,” an Amazon spokesperson told the Daily Caller News Foundation in a statement Monday. “Their voice should be heard above all else, and we plan to appeal to ensure that happens.”

Acting NLRB Regional Director Lisa Henderson will now consider the hearing officer’s recommendation and issue her own ruling, according to federal statute. The decision is expected to take several weeks.