Amazon has ramped up efforts to kill a unionization effort in Bessemer, Alabama as Amazon workers nationwide have expressed increasing interest in forming a union of their own.

More than 1,000 Amazon employees nationwide have contacted the Retail, Wholesale and Department Store Union (RWDSU), the organization leading an ongoing unionization effort in Bessemer, Alabama, with questions about starting their own union, The Washington Post reported. In addition, the International Brotherhood of Teamsters said it has been in contact with more than 400 Amazon workers about unionizing a warehouse in Iowa.

In November, the Bessemer Amazon workers filed a notice of a vote to form a union. The workers would become the company’s first unionized workforce if a simple majority approves unionization in a vote that began on Feb. 8 and will last until the end of March. 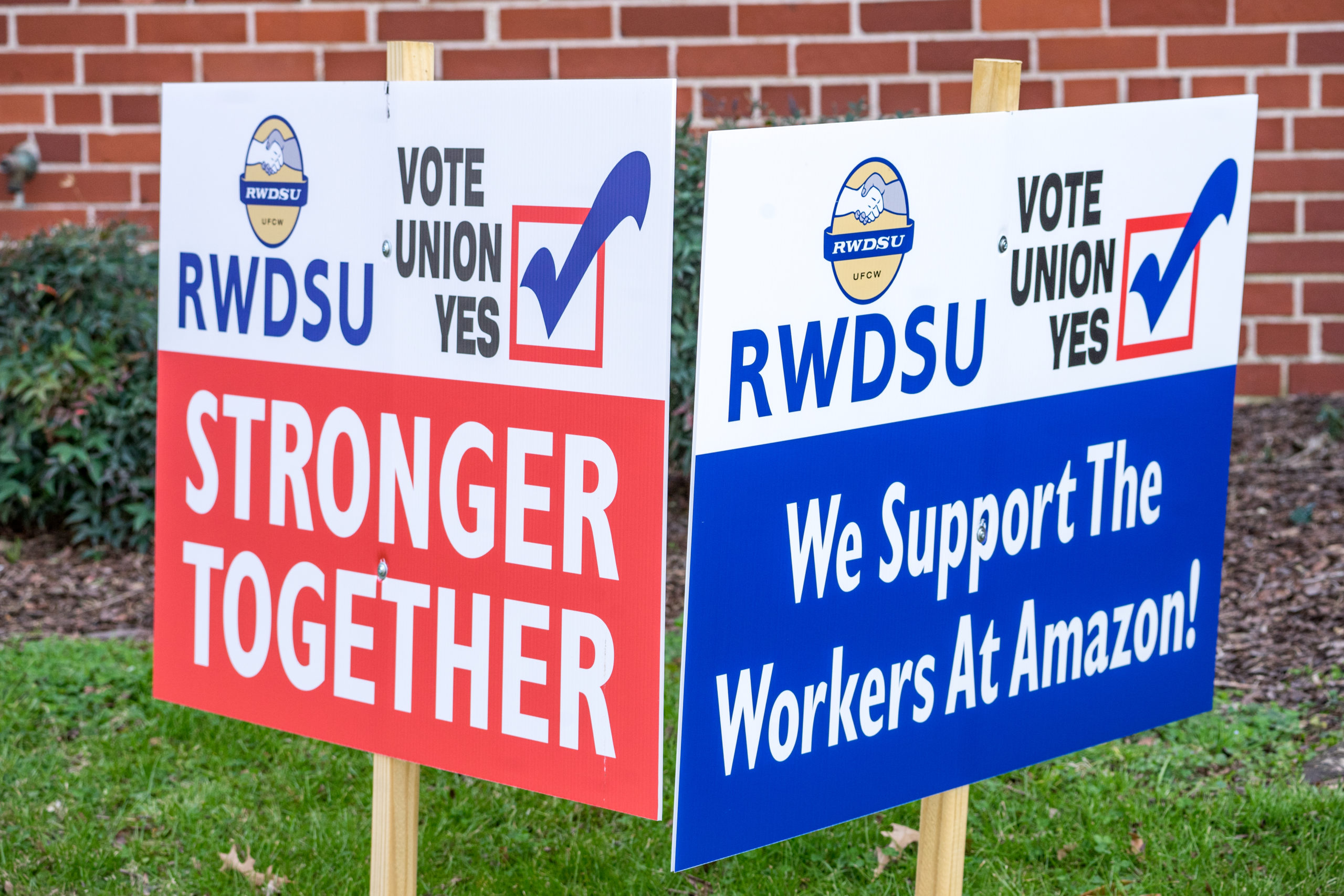 Shortly after voting began in February, a mailbox was installed on Amazon’s Bessemer warehouse property, which said “Mail your ballot here,” The Post reported. Craig Becker, general counsel of the American Federation of Labor and Congress of Industrial Organization, said the mailbox could cause some workers to believe Amazon has a role in counting ballots.

Amazon insisted the United States Postal Service has sole control over the mailing of union ballots, according to The Post.

“They are trying to assert control over the mechanics [of the election] in a way that has already been rejected by [the National Labor Relations Board],” Becker told The Post.

The massive retailer recently introduced an initiative to pay $1,000 to unhappy workers to quit, which Becker criticized as an attempt to get pro-unionization workers to leave. Amazon has also reportedly posted fliers around the Bessemer facility, including in bathrooms, attempting to convince workers to vote against unionization. (RELATED: Biden Endorses Historic Amazon Unionization Effort In Alabama)

Amazon was recently criticized after it posted targeted ads on its video live streaming platform Twitch encouraging Alabama workers to vote against the unionization effort, according to The Verge. Twitch apologized for the ads and said it would ensure similar content wouldn’t be allowed in the future.

“The world is watching Alabama, and I want you to know that these workers are following a rich tradition—a tradition of civil rights and human rights of crusading against something that is wrong,” Democratic Alabama Rep. Terri Sewell, who represents the district that houses the Bessemer facility, told reporters last week.

In 2000, the company defeated attempts by the Communications Workers of America and the United Food and Commercial Workers Union to unionize thousands of employees, The New York Times reported at the time. In 2014, a group of Amazon workers in Middletown, Delaware voted overwhelmingly against unionization, according to The Seattle Times.

Amazon previously told the Daily Caller News Foundation that it supports the rights of its workers, but believes it’s in their best interest to vote against unionization. The company pays workers a $15 per hour minimum wage and offers a variety of benefits.