The epicenter of the COVID-19 breakout is set to re-test its entire population for the coronavirus after several new cases were reported, according to reports.

“To ensure that everyone in the city is safe, city-wide nucleic acid testing will be quickly launched for all people to fully screen out positive results and asymptomatic infections,” Wuhan official Li Qiang said Tuesday, according to Reuters.

Wuhan officials will be banning large-scale gatherings and have told residents not to leave the city, according to the NYT. Classes have also been switched to remote. 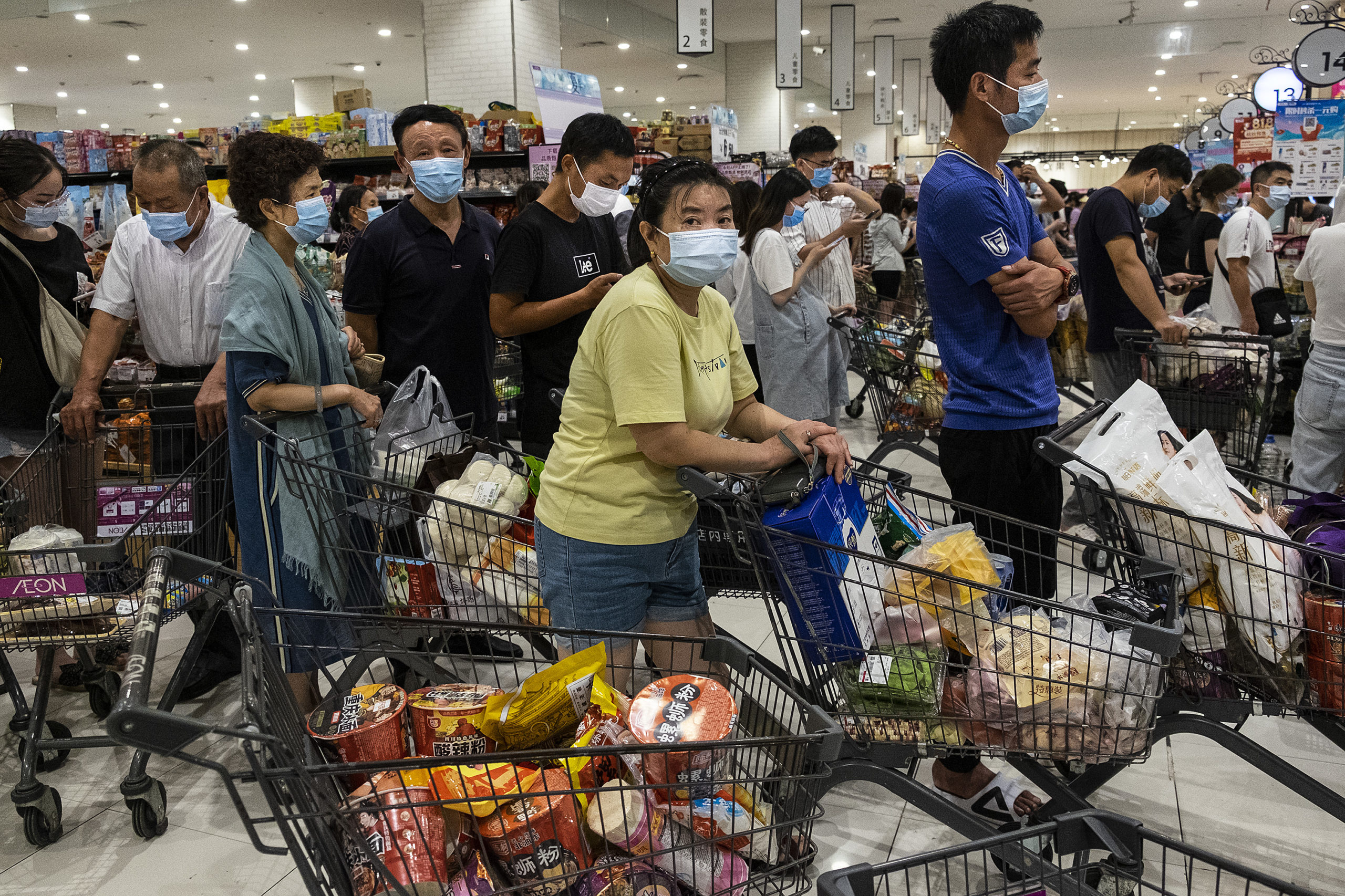 WUHAN, CHINA – AUGUST 2：(CHINA OUT) People wear protective masks as they line up to pay in a supermarket on August 2, 2021 in Wuhan, Hubei Province, China.  (Getty Images)

Wuhan officials said Tuesday the city would “firmly protect the hard-won results against the epidemic,” according to the NYT.

Nearby cities are also seeing new cases, with all cases reportedly linked to the city of Huaian, Reuters reported, citing local officials. In total, there are only hundreds of new cases across several cities but officials are concerned clusters could lead to more spread, according to The Washington Post.

Officials within Wuhan and other provinces have begun implementing lockdown restrictions such as increased surveillance and in some areas, offering cash to individuals who report people who are suspected of having the virus, according to The Washington Post.