The Department of Justice’s (DOJ) lawsuit against the state of Georgia’s Election Integrity Act is due to the vendetta of “liberal activists,” Secretary of State Brad Raffensperger told the Daily Caller News Foundation.

“I think they’ve been fed lies and misinformation, disinformation by Stacey Abrams and her allies and are acting on that. Plus, they also have liberal activists in the DOJ that are antagonistic towards the state of Georgia,” Raffensperger said in an interview with the DCNF.

The DOJ’s lawsuit was announced in June by Attorney General Merrick who argues the law is aimed at suppressing minority votes. Assistant Attorney General Kristen Clarke has also accused the lawmakers of Georgia of attempting to “deny or abridge the right of Black Georgians to vote.”

Georgia motioned to dismiss the DOJ’s lawsuit in July, stating the new voting restrictions “are reasonable, non-discriminatory, and well within the mainstream of election laws across the country.” Raffensperger told the DCNF the lawsuit was “flimsy” and would not hold up in court because it was clearly in violation of the Constitution.

In regards to the allegations that the restrictions hamper turnout among minority voters, Raffensperger said “states have shown that it hasn’t diminished, decreased participation by any demographic groups and if you also poll photo ID, it is supported by all demographic groups, including African Americans.” (RELATED: EXCLUSIVE: GOP Reps Call On AG Garland To Drop Georgia Voting Lawsuit)

A Monmouth University poll released in June found 80% of Americans supported photo ID requirements for voters, though 71% said they were in favor of making early voting easier to access, while 50% said the same of voting by mail. 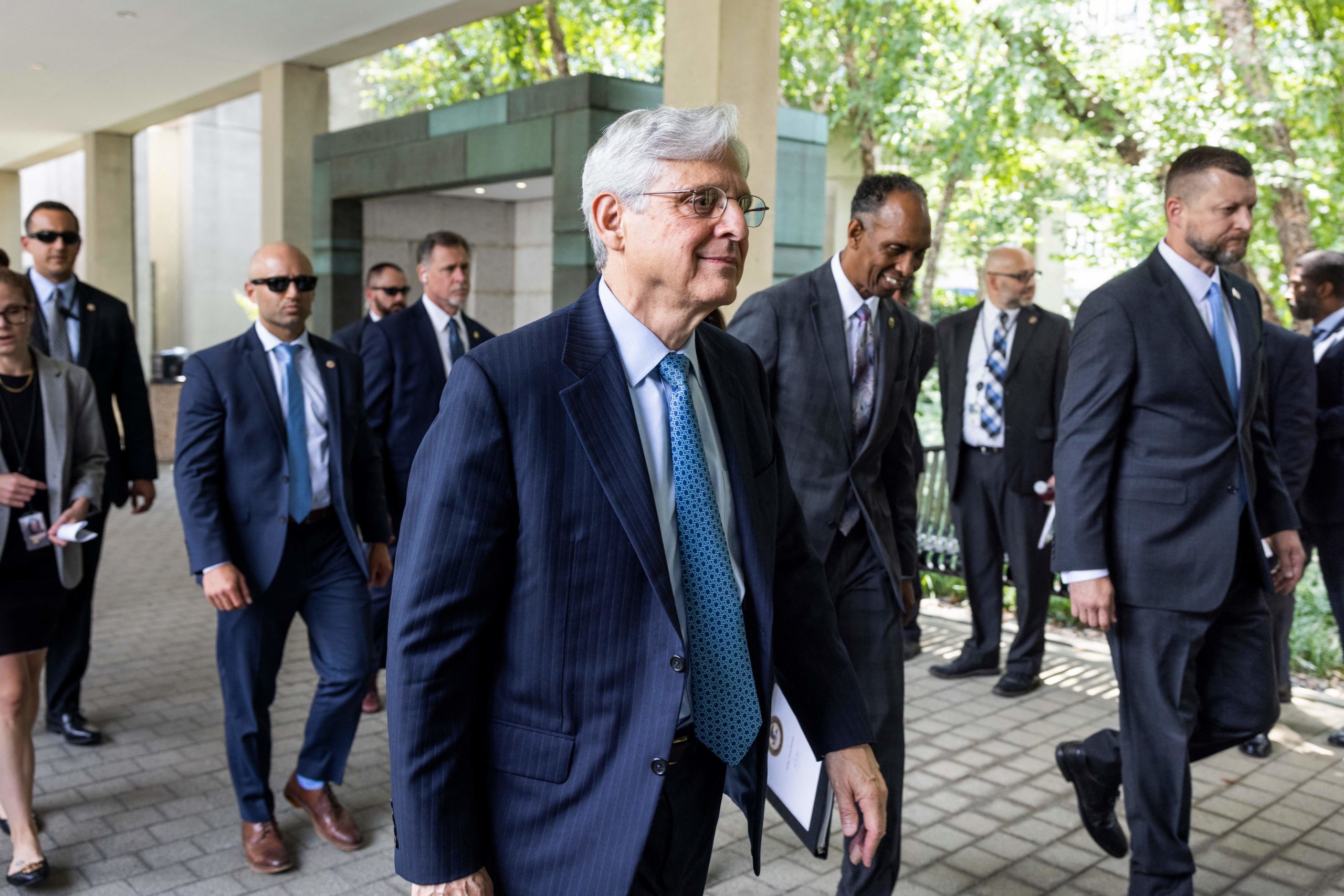 US Attorney General Merrick Garland arrives to announce the launch of the Justice Department’s “five cross-jurisdictional trafficking strike forces” at the ATF in Washington, DC, on 22 July, 2021. (Photo by JIM LO SCALZO/POOL/AFP via Getty Images)

“The crafting of SB202 made sure that if you did not have a driver’s license, then you could use your social security,” Raffensperger said. He also noted that Georgia accepts several forms of identification and will give constituents a free ID from the government if need be.

“What you see in Georgia is a very balanced, thoughtful measure put into place to make sure you have the appropriate security measures for absentee voting,” he added. “It’s not universally something that Democrats are against, it’s just a certain subset of activists that don’t really support election integrity at the end of the day.”

Numerous liberal politicians have asked Congress to enact legislation to expand access to voting, with Sen. Joe Manchin of West Virginia and 2018 Georgia gubernatorial candidate Stacey Abrams voicing support for some voter ID compromises. To Raffensperger, however, the federal government has no right to tell states how to run their elections.

“They come down with mandates and then no resources to actually fulfill these mandates, in so many different areas, not just in federal elections,” he said. “The United States Constitution originally was written and still stands that states run elections.”

When asked if that also meant a Republican-controlled Congress could not enact universal voter ID requirements for the country, he replied that it did. (RELATED: Brian Kemp Warns About ‘Bogus Political Fight’ Surrounding Georgia Boycotts: ‘They’re Coming For Your Small Business Next’)

“I would not support a federal law that mandates what a state is supposed to do,” Raffensperger told the DCNF. “I believe that photo ID should be policy in all 50 states, but we set our policies here in Georgia and I support this policy.” 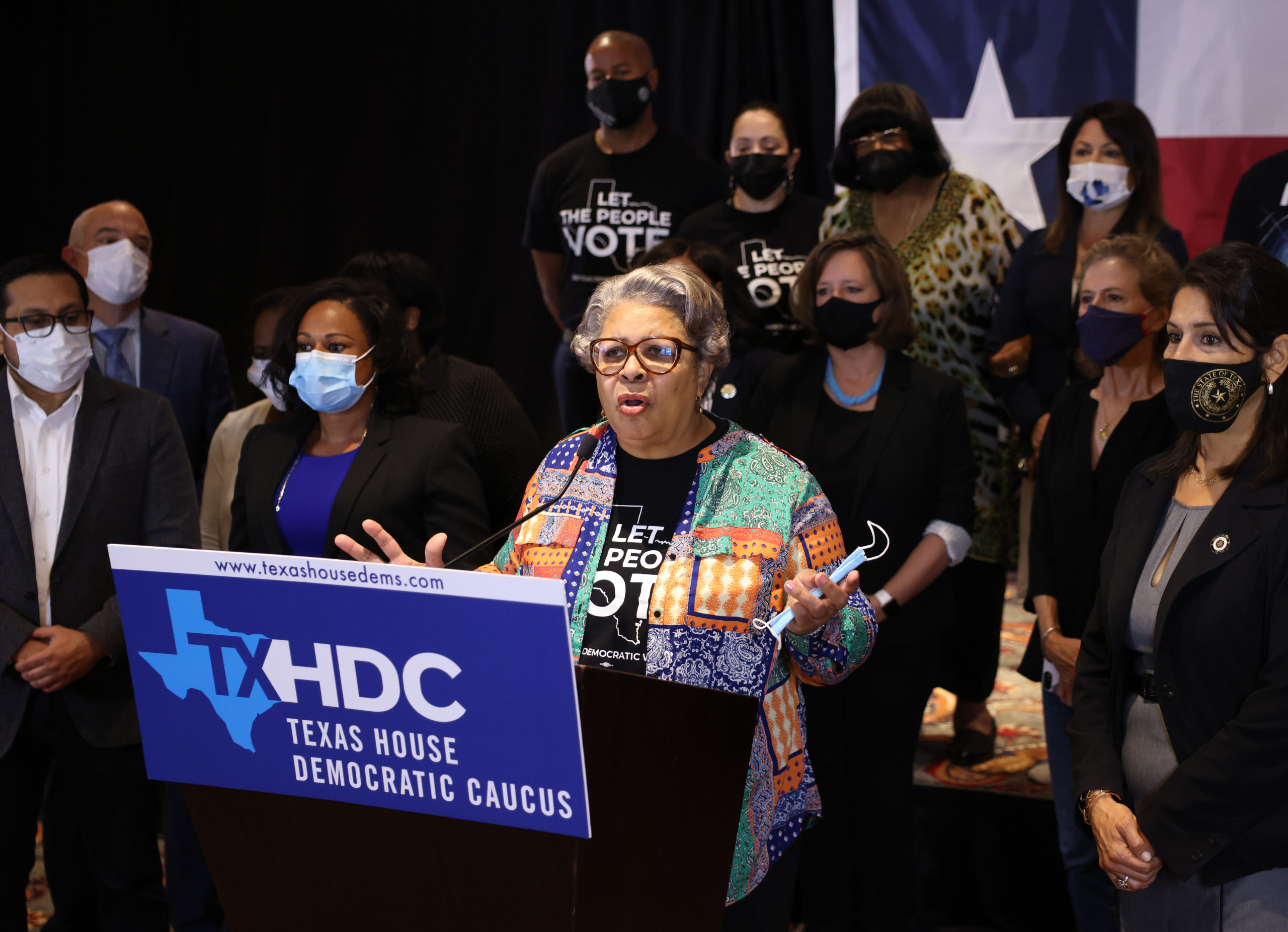 There are other attributes of the new law that go beyond voter ID requirements, such as a ban on mailing absentee ballot applications to registered voters who haven’t requested one, The New York Times reported. Raffensperger defended this aspect, stating the measure helps the election directors manage the process.

“Every state rep, every state senator, every county commissioner could send out absentee ballot forms,” he said. If a voter receives and fills out multiple applications due to forgetfulness or a misunderstanding, then “all of a sudden your county election director is getting four, five, six different applications from the very same voter.”

“It bogs down the system and just creates all this needless work. If a voter wants to vote absentee, we do not require any reason,” Raffensperger said. “That is the law of Georgia.” (RELATED: Supreme Court Upholds Arizona Voting Law, Ballot Harvesting Ban)

Still, Raffensperger isn’t sure the Election Integrity Act would have stopped the onslaught of voter fraud allegations lobbied at Georgia after the 2020 presidential election.

“I can’t answer what President Trump and his surrogates would have engaged in,” he said. “If we still had the same results with this bill, would they still have engaged in election disinformation, misinformation, spinning things up by the whole cloth, not supported by fact? You’d have to ask them.”

“We have a lot of people that say things that just aren’t supported on facts, and at some point, when that doesn’t work for people to get elected anymore because voters are holding them accountable … I think a lot of these issues all walk themselves out,” Raffensperger added.