As of June 2021, lawmakers in 46 states have introduced legislation stripping governors of certain emergency powers, according to USA Today. Legislatures justified their actions as necessary to restore a balance between the branches of state government, pointing to examples of executive overreach and the centralization of power in the hands of governors.

While in Kentucky, Pennsylvania, and Michigan Republican lawmakers have curtailed the emergency powers of Democrat governors, the cases of legislatures limiting executive authority in New York, Ohio, and Idaho demonstrate that power struggles between lawmakers and governors are not necessarily partisan.

The Republican-dominated Kentucky legislature in February overrode Democrat Gov. Andy Beshear’s vetoes on three bills designed to limit his executive power. One bill prevented the closure of schools, businesses, and churches during the pandemic so long as they met certain requirements, while another limited Beshear’s executive orders that restrict the function of schools and businesses to no longer than 30 days, with extensions granted by the legislature. (RELATED: Kentucky Gov. Andy Beshear Mandates Wearing Masks Amid Rise In Coronavirus Cases)

The legislature also granted itself the power to cancel any of Beshear’s emergency orders, and automatically limited all emergency restrictions affecting businesses, schools, churches, and local governments. Though the bills were enacted, Beshear filed a lawsuit challenging their constitutionality, which is currently ongoing. 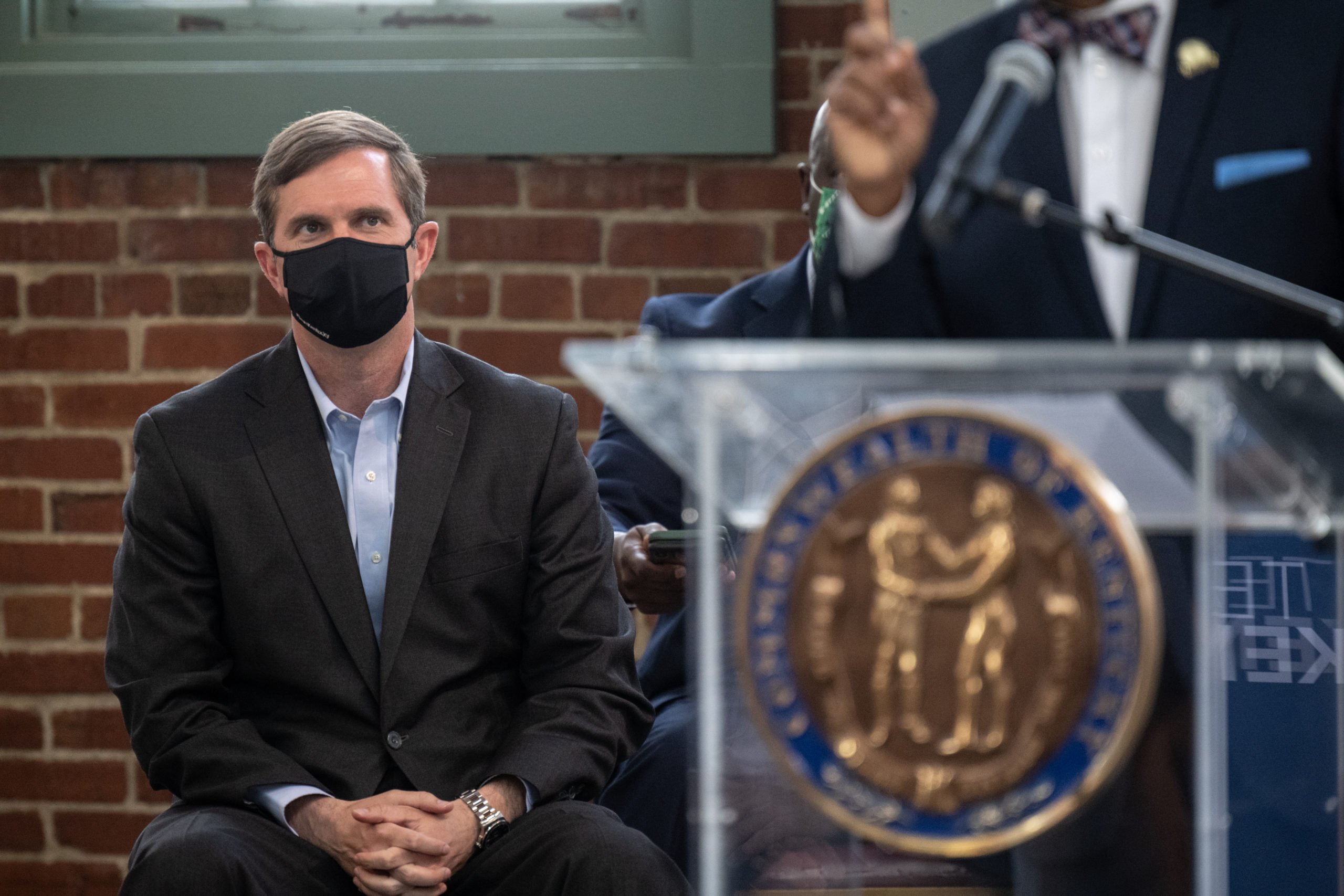 Republicans in the state legislature had been highly critical of Beshear’s handling of the COVID-19 pandemic, arguing the governor had not properly consulted with lawmakers when enacting emergency restrictions, and that power was too centralized in his hands.

“While we take this virus seriously, we will not be cover for his unilateral decision-making,” Republican state Rep. David Osborne said, according to LEX 18.

Republican state Sen. Matt Castlen, a sponsor of one of the bills, cited the need to have the state legislature’s input when enacting emergency restrictions.

“We gladly look forward to having a seat at the table representing all corners of Kentucky in the decisions going forward,” Castlen said in a press release.

Pennsylvania voters in May approved two amendments to the state’s constitution proposed by Republican lawmakers that sought to limit the executive power of Democrat Gov. Tom Wolf. The amendments permit the legislature to cancel a governor’s emergency declaration with a simple majority vote rather than the previous two-thirds vote, and force the governor to renew emergency declarations through the legislature every 21 days.

Wolf’s restrictive lockdown orders, especially some of the more unusual policies such as a ban on alcohol sales over the Thanksgiving holiday, were criticized by citizens, business owners and lawmakers alike. He was also the subject of scrutiny from the Department of Justice (DOJ) over his handling of the pandemic after he ordered nursing homes to accept new residents who had contracted COVID-19, though the DOJ declined to investigate in July.

“They [voters] have rejected the mutation of emergency authority into unilateral, one-person control that seeks expediency over the rule of law,” Republican state Reps. Bryan Cutler and Kerry Benninghoff said in a joint statement on the vote.

Cutler and Benninghoff, along with other members of the legislature, had been strongly opposed to the state’s lockdown orders, lauding the Pennsylvania Supreme Court’s ruling declaring stay-at-home orders unconstitutional.

“Last night, voters took the crown off Tom Wolf’s head. Now we can reopen our economy and get our kids back to school,” the Pennsylvania Republican Party tweeted following the vote. 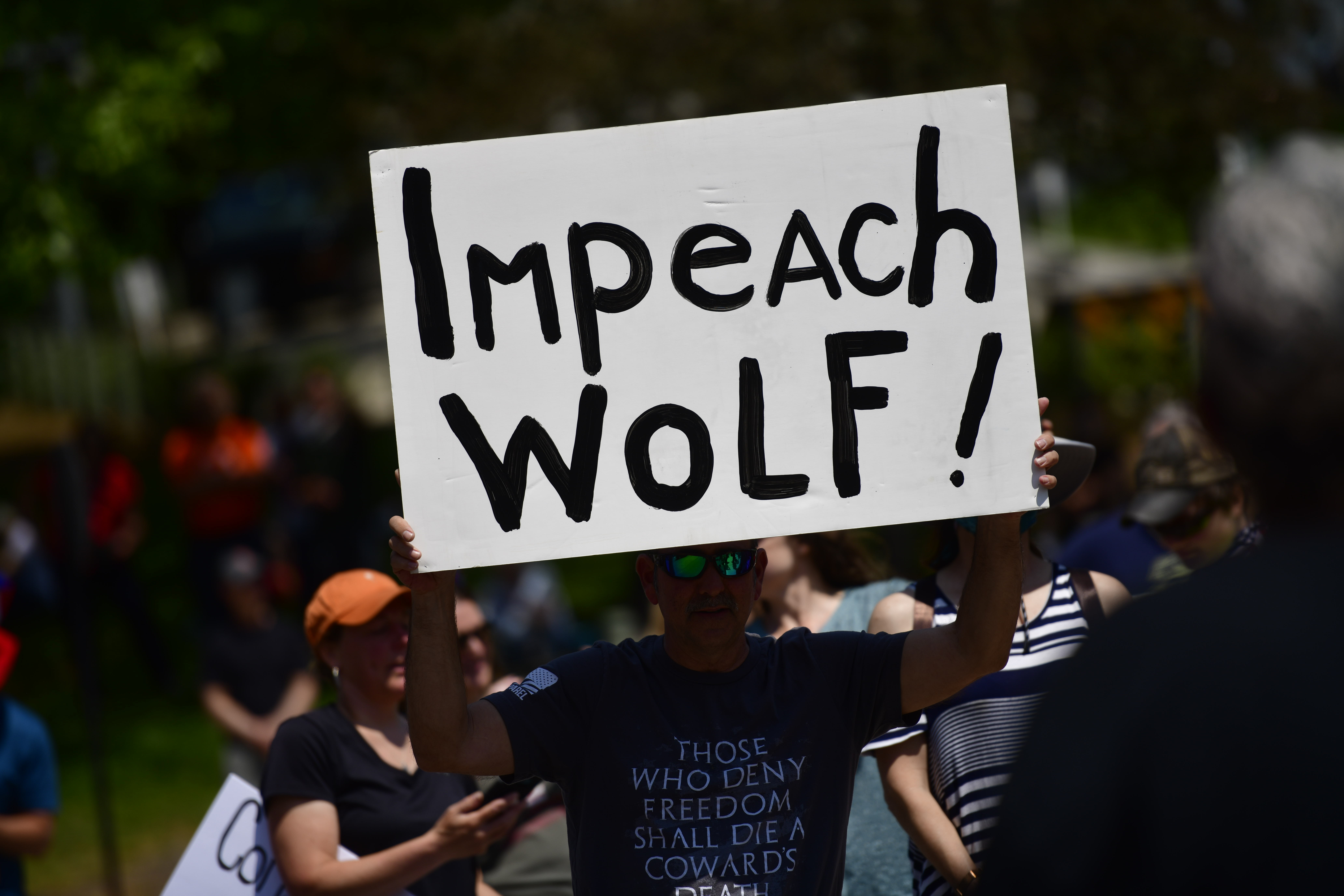 Republican lawmakers in Michigan voted in July to repeal the Emergency Powers Act of 1945, a law used by Democrat Gov. Gretchen Whitmer to issue widespread restrictions during the COVID-19 pandemic without consulting the legislature. The Michigan Supreme Court had declared the law unconstitutional in October 2020, ostensibly stripping Whitmer of her emergency powers, but the legislature’s move to repeal the law entirely would prevent a reversal of the court’s decision from reinstating it.

Republicans took a dim view of Whitmer’s COVID-19 response, with the former President Donald Trump suggesting in October 2020 she “wants to be a dictator” in an interview with Fox Business. Whitmer, who received criticism for violating her own COVID-19 policies, had issued hundreds of executive orders imposing restrictions on businesses and schools, including a 10:00 p.m. curfew for bars and restaurants.

Whitmer, like Wolf, was also the subject of DOJ scrutiny over her nursing home policies, with the department dropping its investigation into her handling of the pandemic in July.

The legislature repealed the Emergency Powers Act by adopting a petition championed by Unlock Michigan, an organization that describes itself as believing “Whitmer’s crushing lockdown of life and business” are a “dangerous threat to our livelihoods and constitutional liberties.”

As in the cases of Kentucky and Pennsylvania, lawmakers cited executive overreach as justification for their decisions.

The overwhelmingly-Democrat legislature in New York voted to limit Democrat Gov. Andrew Cuomo’s emergency powers in a bill passed in March. Under the new law, Cuomo would have to earn the approval of lawmakers before issuing any new pandemic-related directives, though he would be permitted to extend orders already in place. 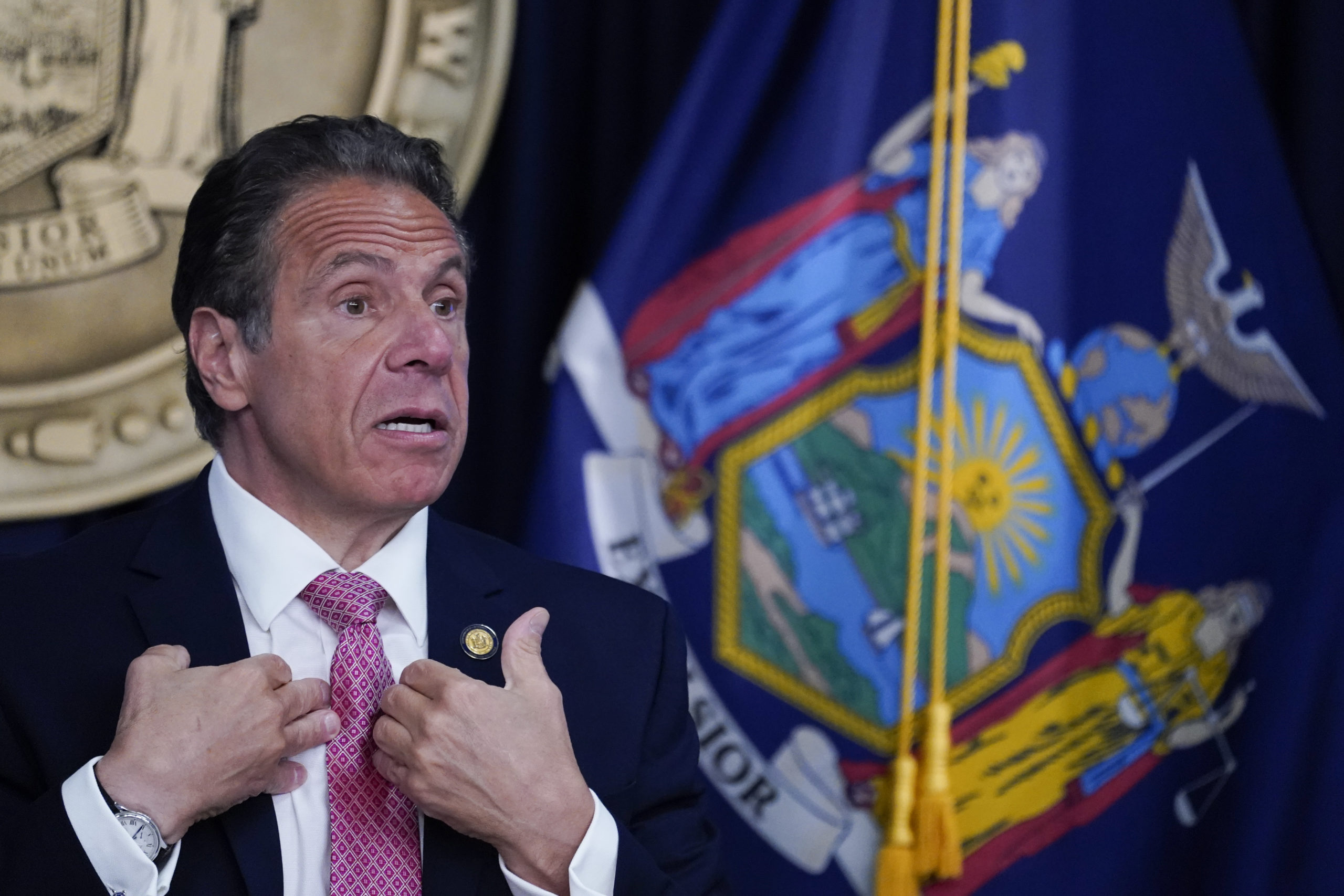 “The public deserves to have checks and balances,” Democrat state Sen. Andrea Stewart-Cousins told CNBC. “This legislation creates a system with increased input while at the same time ensuring New Yorkers continue to be protected.” (RELATED: Cuomo Talks About Killing Grandmas With A Straight Face)

At the time of the vote Cuomo was facing multiple investigations, some of which were related to his handling of the COVID-19 pandemic. The governor had issued an order in March 2020 forcing nursing homes to accept patients with the coronavirus, and when the policy resulted in thousands of deaths, knowingly undercounted the true death toll.

The majority-Republican Ohio General Assembly successfully enacted a law in March 2021 allowing lawmakers to cancel gubernatorial health orders lasting longer than 30 days and forcing Gov. Mike DeWine, a Republican, to renew all orders through the legislature, overriding the governor’s veto. DeWine had previously vetoed a number of bills in the fall of 2020 that attempted to strip his office of the authority to issue statewide coronavirus orders without consulting the legislature.

Republican lawmakers stressed the need to return control to the legislature as justification for the law, arguing power was too centralized in the governor’s hands.

“Strong majorities in the Ohio House and Ohio Senate passed thoughtful, balanced and constitutional legislation to provide appropriate and measured oversight and to ensure Ohioans’ voices are heard,” Republican state Rep. Bob Cupp said in a statement on the override.

Republican lawmakers in Idaho echoed the reasoning of the Ohio legislature in their decision to limit the emergency powers of Republican Gov. Brad Little. The legislature voted in favor of a law in April to force the governor to earn the approval of lawmakers before extending emergency orders beyond 60 days.

“They [emergencies] require, and I believe Idahoans deserve, that in those moments, the full array of our elected officials…be brought to Boise to deal with those issues,” Republican state Sen. Kelly Anthon said when arguing for passage of the law, according to the Idaho Statesman.

The legislature also proposed an amendment to the state’s constitution allowing the legislature to call itself into session, a power previously reserved to the governor, which will be voted on by Idahoans in a ballot measure in November 2022.