Democratic New York Rep. Alexandria Ocasio-Cortez would not rule out a 2022 primary challenge against Senate Minority Leader Chuck Schumer in a Sunday interview.

“For what it’s worth, Sen. Schumer and I have been working very closely on a lot of legislation and that, to me, is important,” Ocasio-Cortez said in an interview with CNN.

“And I know there’s a lot of people who do not believe that. But I really – I can’t operate the way that I operate and do the things that I do in politics while trying to be aspiring to other things or calculating to other things,” Ocasio-Cortez added. 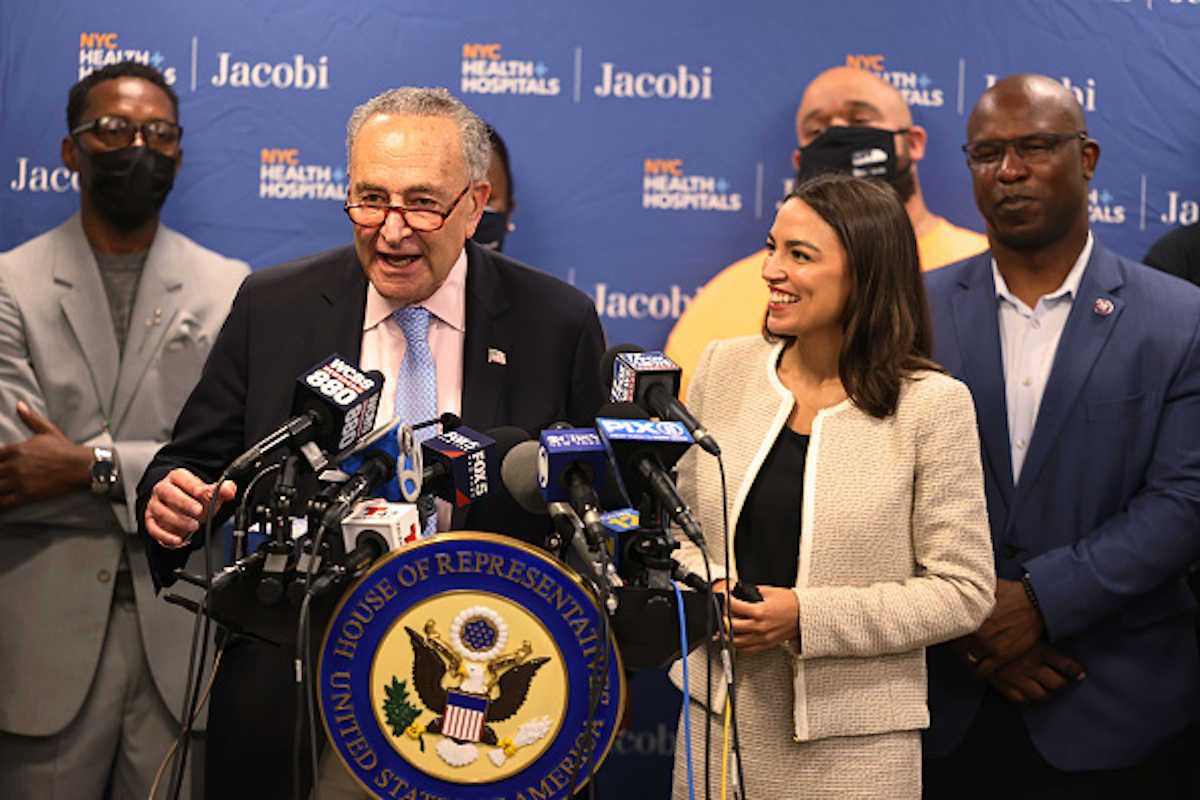 “I’m not commenting on that,” she concluded.

It is not the first time Ocasio-Cortez has dodged the question. In a January interview, she was asked about possibly challenging Schumer in a 2022 primary. She did not rule it out over the course of the conversation and said she is still trying to figure out “what is the most effective thing” she can do for Congress.

The New York Democrat went after the two Democratic leaders in an interview with The Intercept, saying, “I do think that we need new leadership in the Democratic Party.” Schumer was reelected to serve as the Democrats’ leader in the Senate on Nov. 10. (RELATED: REPORT: Trump Predicts Ocasio-Cortez Will Run Against Schumer And ‘Kick His A**’)

Former President Donald Trump told network anchors in February that he thinks Ocasio-Cortez will run against Schumer and “kick his ass.” Schumer was first elected to his Senate seat in 1998 and has served as the Senate Minority Leader since 2017.