Senate Minority Leader Mitch McConnell slammed President Joe Biden’s decision to pull the U.S. military out of Afghanistan, claiming that he overruled his own military leaders.

McConnell gave a speech in Kentucky, as the Senate is in recess, and was asked about Biden’s handling of the Afghanistan withdrawal after the Taliban retook the country in a matter of days.

“It won’t surprise you I was in a number of these briefings over the last couple of months, it was pretty obvious to me what was gonna happen. I’ve predicted it, and I’m not in the intelligence business, that the Taliban would be in power by September the 11th, which is a date of historical significance. Just based on what we were hearing in these briefings, I know for a fact that the President’s military leaders argued against this decision,” McConnell said.

“I think the President felt strongly about this, obviously; he overruled his own military leaders to do it, and he owns it,” McConnell added. (RELATED: Returning From Vacation, Biden Plays Blame Game As Afghanistan Falls) 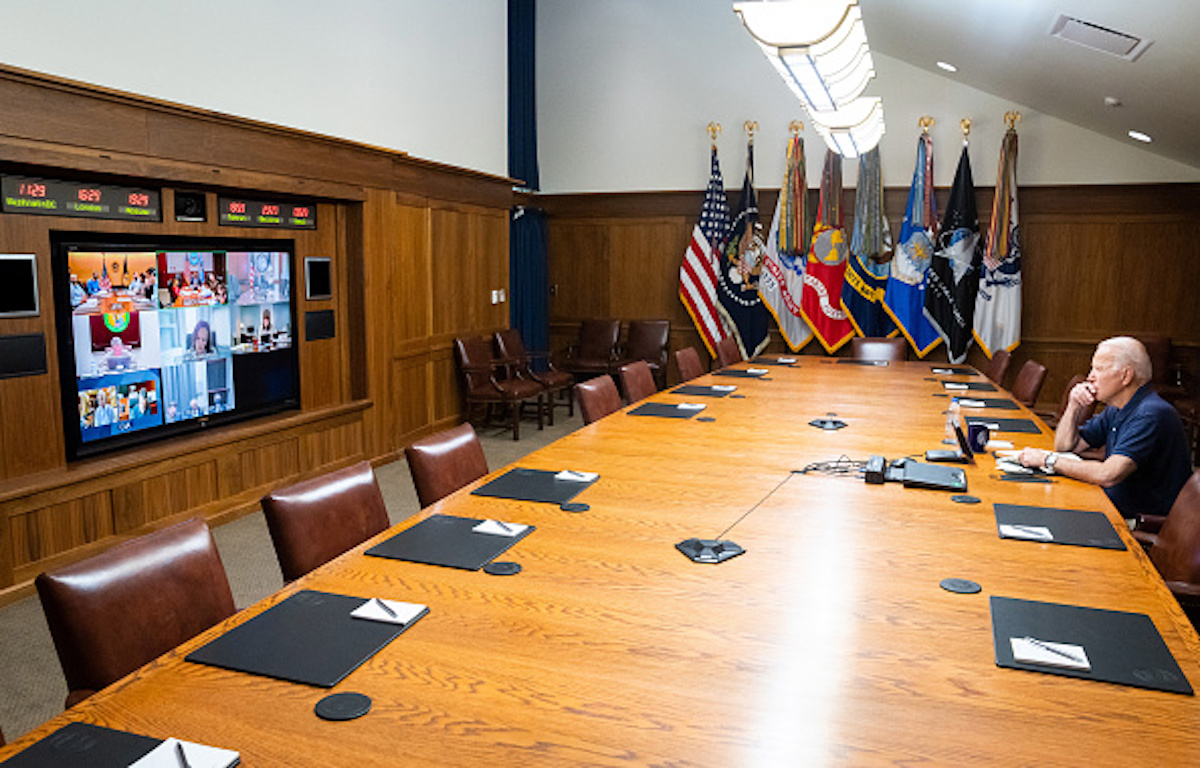 In this White House handout, U.S. President Joe Biden and Vice President Kamala Harris (on screen) hold a video conference with the national security team to discuss the ongoing efforts to draw down our civilian footprint in Afghanistan August 16, 2021 at Camp David in Frederick County, Maryland. (Photo by the White House via Getty Images)

The U.S. plans to deploy more American troops until Tuesday to reach 6,000 to help with the evacuation effort, the Department of Defense and the Department of State announced in a joint statement Sunday. Biden gave an address Monday from the White House as the Taliban is quickly taking over major cities throughout the region. (RELATED: President Biden Travels Back From Camp David To Address Afghanistan Situation)

“So against everyone’s advice, including the president … the current president’s own military, he decided to withdraw, and withdraw rapidly. What we have seen is an unmitigated disaster, a stain on the reputation of the United States of America. Every terrorist around the world, in Syria, in Iraq, in Yemen, in Africa, are cheering the defeat of the United States military by a terrorist organization in Afghanistan,” McConnell added. (RELATED: US General Expects Terror Threats From The Taliban And Al-Qaida To Increase)