A U.S. general told senators on Sunday that he expects terror threats from the Taliban and Al-Qaida to increase, the Associated Press reported Monday.

Chairman of the Joint Chiefs of Staff Mark Milley said U.S. officials are expected to reevaluate previous assessments on how quickly terror groups will regenerate in Afghanistan, according to the AP. Department of Defense leaders said in June that terror groups including Al-Qaida would likely resurface around two years after the U.S. withdrawal and could threaten Americans soon after, the AP reported.

Although U.S. intelligence agencies expected Taliban insurgents would need at least 30 days to “isolate” Kabul, the city itself fell to Taliban fighters on Sunday, the AP reported. As insurgents took over the presidential palace, civilians and American allies tried to flee the country. (RELATED: Taliban Reaches Kabul, Reportedly Plan To Declare ‘Islamic Emirate Of Afghanistan’)

One senior U.S. intelligence official told the AP on the condition of anonymity that “a rapid Taliban takeover was always a possibility” and that “as the Taliban advanced, they ultimately met with little resistance. We have always been clear-eyed that this was possible, and tactical conditions on the ground can often evolve quickly.” 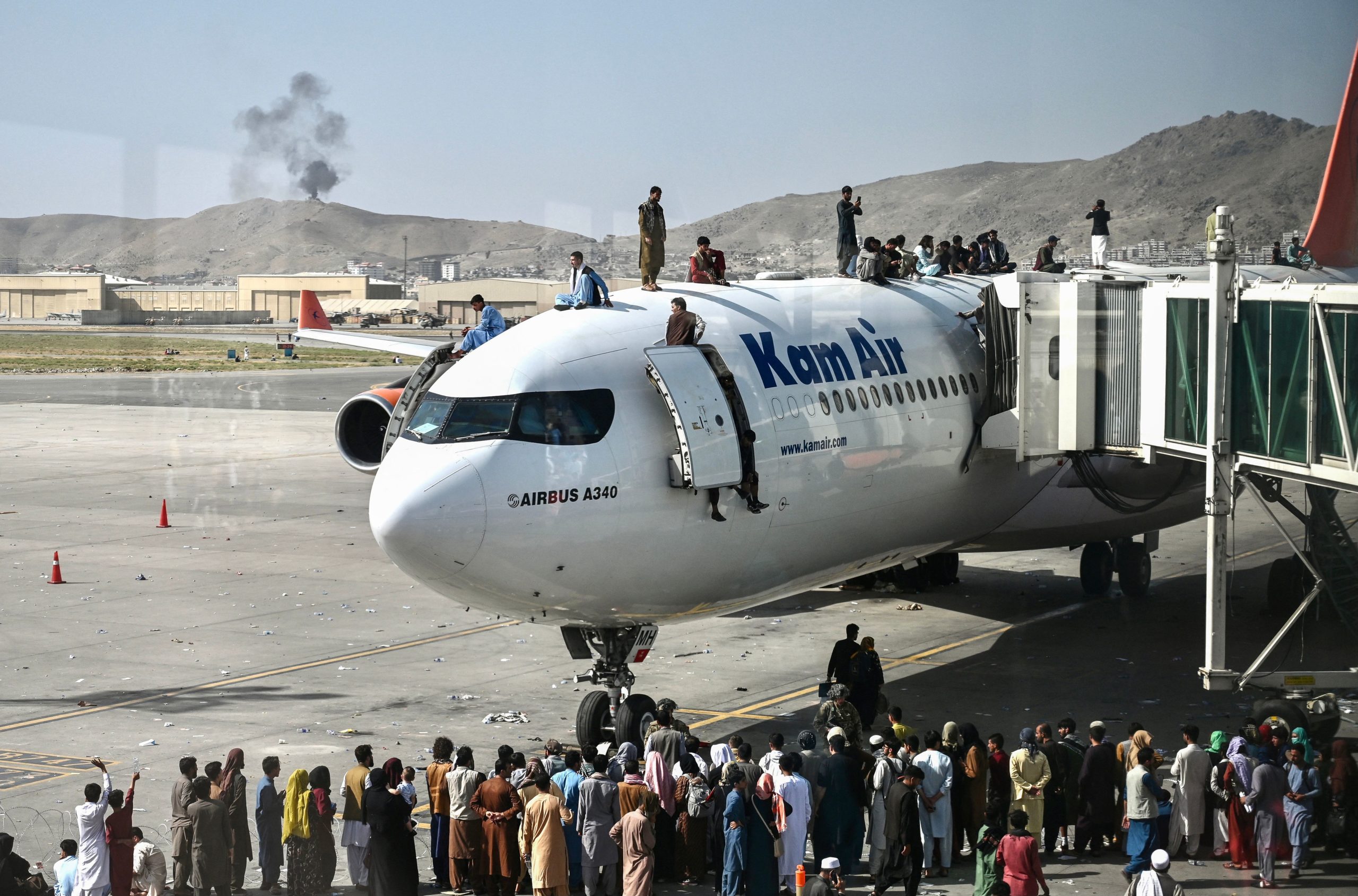 Afghan people climb atop a plane as they wait at the Kabul airport in Kabul on August 16, 2021, after a stunningly swift end to Afghanistan’s 20-year war, as thousands of people mobbed the city’s airport trying to flee the group’s feared hardline brand of Islamist rule. (Photo by WAKIL KOHSAR/AFP via Getty Images)

President Joe Biden said, “the likelihood there’s going to be the Taliban overrunning everything and owning the whole country is highly unlikely,” according to the White House on July 8.

The Taliban’s protection of al-Qaida leaders led to the U.S. invasion of Afghanistan, and experts say the groups probably will work together again after American forces have left, according to the AP. Officials expect terror groups in the country to grow at a fast rate, according to a person with knowledge of the briefing who was not authorized to speak on the matter.

“The Taliban has lots of reasons to honor their agreement with the United States and keep al-Qaida at bay,” Democratic Connecticut Sen. Chris Murphy said, the AP reported. “And our mission now is to put ourselves in a position where we can monitor and verify that commitment.”

Biden administration officials, including Defense Secretary Lloyd Austin and Secretary of State Antony Blinken, said U.S. intelligence agencies will create a new timeline of expected threats, the AP reported. It will be more difficult for U.S. officials to monitor terror threats in the country with American troops out of the region and Taliban insurgents in control.

“If they leave, which they did, that means we leave as well,” CIA official Marc Polymeropoulos, who served in several roles dealing with Afghanistan during his 26-year career, told the AP. “And that certainly affects our intelligence gathering footprint.”