Amazon is planning to open department stores where consumers can purchase a variety of goods like clothing and electronics, The Wall Street Journal reported.

The planned expansion of Amazon brick-and-mortar stores is the online retail giant’s latest attempt to disrupt the industry, according to a WSJ report Thursday. The Seattle-based company has recently expanded its brick-and-mortar grocery store footprint, opening 17 Amazon Fresh stores nationwide, and is developing at least 20 more, Bloomberg reported.

Amazon’s first department stores are expected to be constructed in Ohio and California, people familiar with the project told the WSJ. They will be a third of the size of a typical department store, but will still offer products made by top name-brands.

It is unclear what brands and what exact array of products will be offered, but Amazon is expected to prominently display its own items throughout the stores, the WSJ reported. (RELATED: New York Sues Amazon Over Allegedly Jeopardizing Workers’ Safety)

The reported development of Amazon department stores falls in line with what the company has been saying for years about its business. In 2012, Amazon founder and former CEO Jeff Bezos said the company would “love” to build physical stores, but only if it could have a “truly differentiated idea,” according to Business Insider. 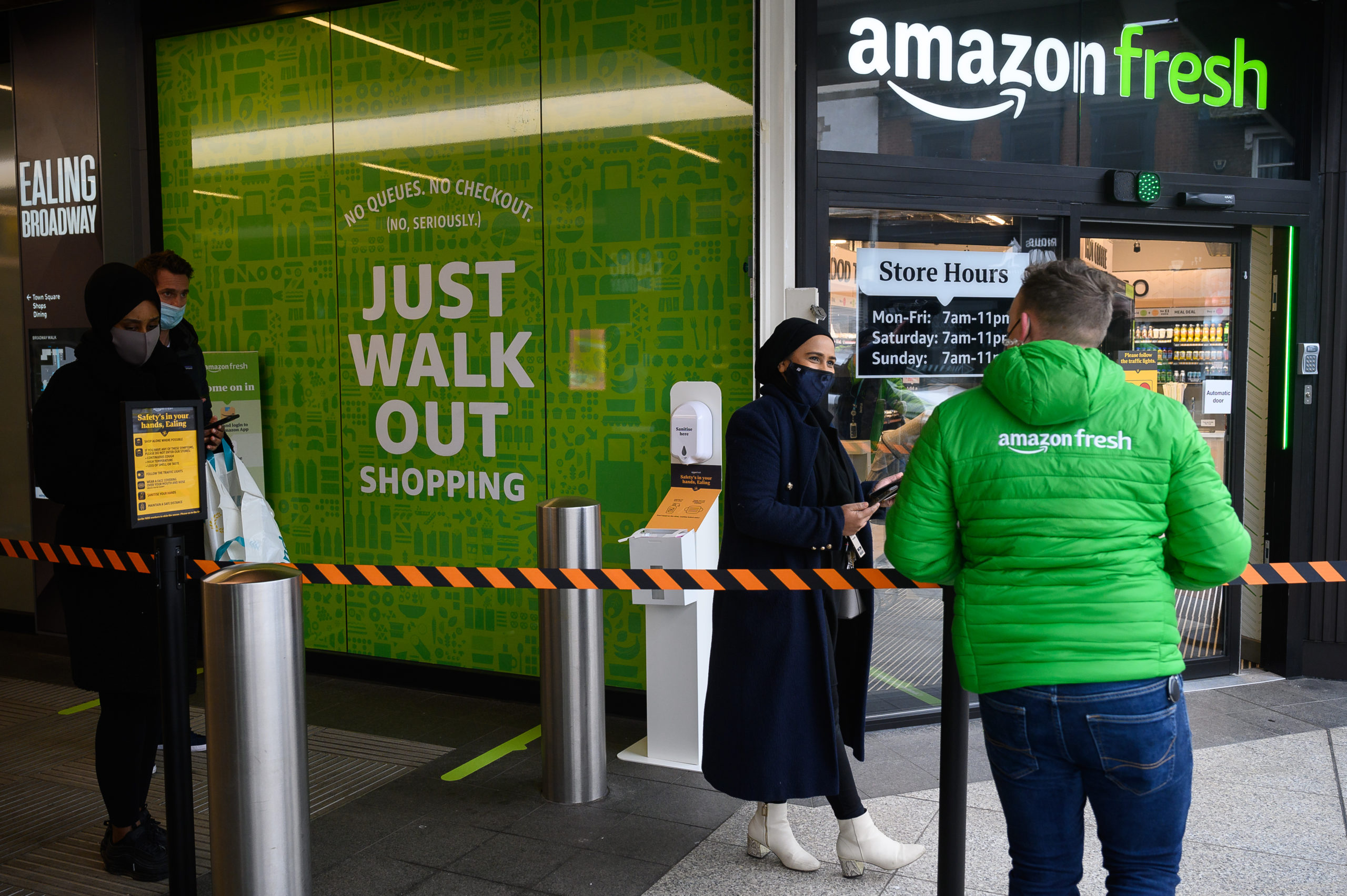 Members of staff assist customers as they wait to enter an Amazon Fresh on March 4. (Leon Neal/Getty Images)

“Amazon today remains a small player in global retail. We represent a low single-digit percentage of the retail market, and there are much larger retailers in every country where we operate,” Bezos said in 2019, according to CNBC. “And that’s largely because nearly 90% of retail remains offline, in brick-and-mortar stores.”

E-commerce accounted for 13.3% of all U.S. retail sales in the period between April and June, according to a Census Bureau report released Thursday.

Amazon physical store sales dipped 5% in 2020 amid the pandemic while its online business boomed, according to the WSJ. However, the Census Bureau report suggests consumers are returning to in-person shopping.

Target CEO Brian Cornell recently said there was “much more opportunity” in the industry.