The law bans abortion providers from using forceps to pull a baby from the womb, known as”live dismemberment” in the ruling, unless the providers first ensure the baby is dead by alternative methods. The law, which is from 2017, has never actually been enforced, according to The Associated Press (AP).

The U.S. Court of Appeals for the Fifth Circuit found a Federal District Court Judge was wrong in determining the law placed “an undue burden on a large fraction of women.” The appeals court panel found Wednesday that “doctors can safely perform [dilation-and-evacuation] and comply with SB8 using methods that are already in widespread use.” 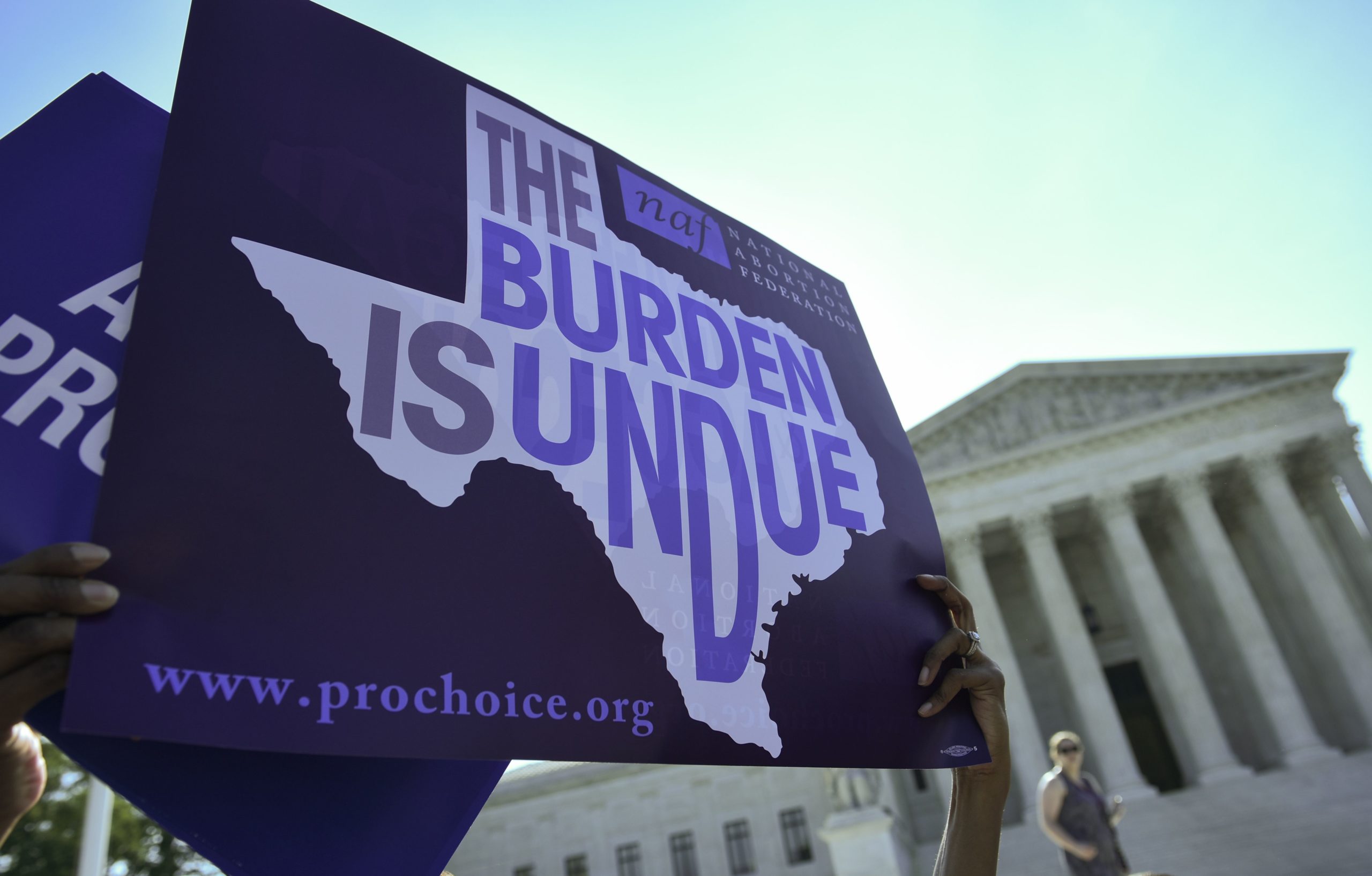 An abortion rights activist holds placards outside of the US Supreme Court before the Court struck down a Texas law placing restrictions on abortion clinics on June 27, 2016 in Washington, DC.  (MANDEL NGAN/AFP via Getty Images)

Opponents of the law argue babies cannot feel pain during the gestation period in which the abortion could be performed, according to the AP.

This method of abortion is “the safest and medically preferred abortion procedure in the second trimester” and “results in fewer medical complications than other abortion procedures,” The American College of Obstetricians and Gynecologists said in 2019.

Judge James Dennis, who wrote a dissent on behalf of himself and two other judges, said the law “under the guise of regulation, makes it a felony to perform the most common and safe abortion procedure employed during the second trimester.”

But Texas Right to Life celebrated the “long-awaited victory” in a statement.

“Anyone can see the cruelty of dismemberment abortions, ripping a child’s body apart while her heart is still beating. We’re grateful the judges recognized this horror.”