The suit, filed in the New York Supreme Court, argues that “faced with arbitrary, irrational, unscientific, and unlawful vaccine mandates,” the plaintiffs would take a hit to their “business, life savings, and livelihood.” (RELATED: PRICE: If Voter ID Laws Are Racist, Vaccine Mandates Are Literally The New Jim Crow) 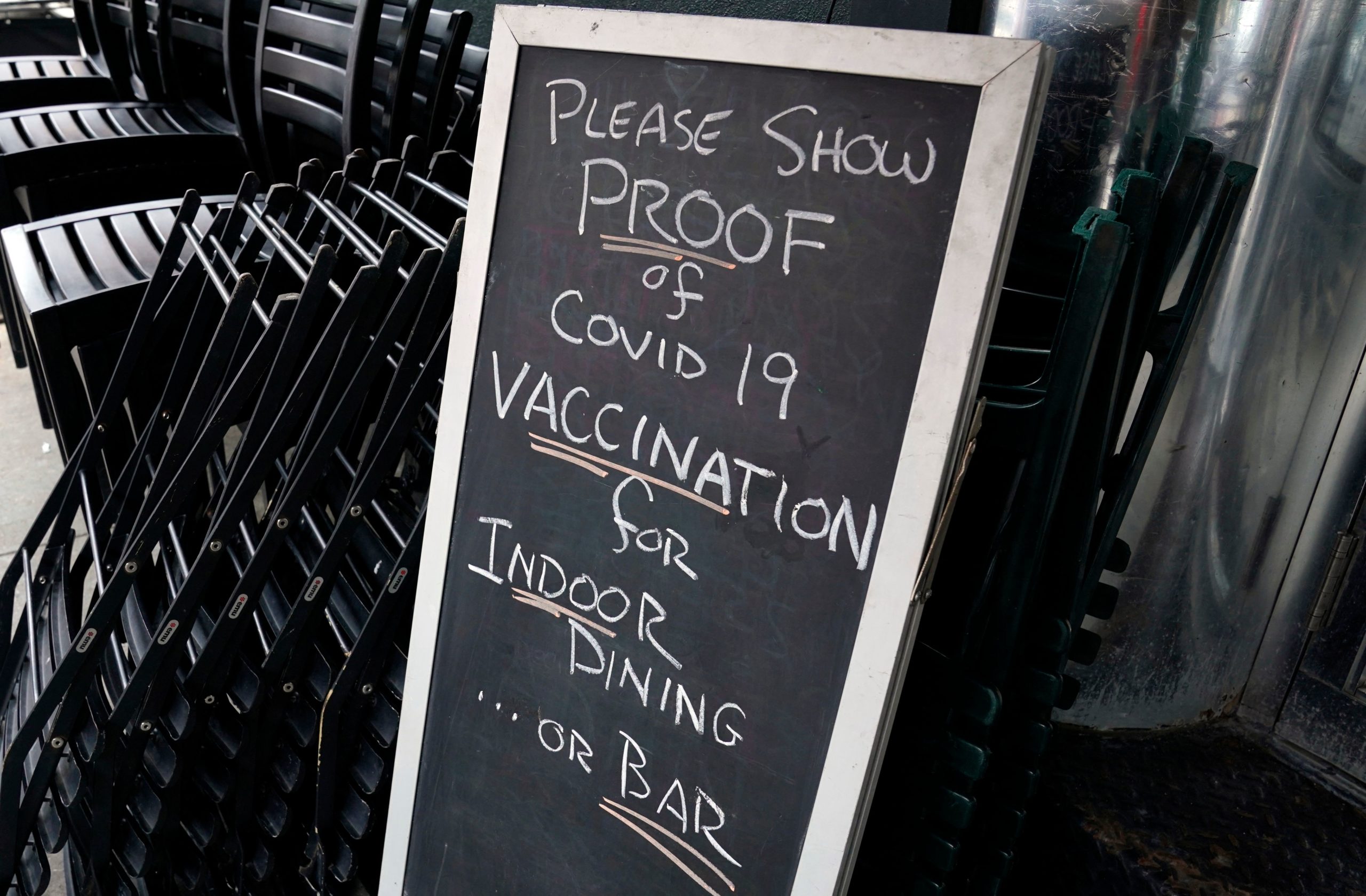 A sign is viewed at a restaurant in New York’s Upper West Side on Aug. 17, 2021, the first day where you have to show proof of having a Covid-19 vaccination to participate in indoor dining. (TIMOTHY A. CLARY/AFP via Getty Images)

“This vaccine mandate is arbitrary and capricious due to the fact that it targets certain establishments but not others with no rational [sic] what so ever,” the suit reads. “Vaccinations are now required for indoor dining, indoor fitness facilities, and indoor entertainment facilities. Both staff and public must show proof of at least one (1) dose of vaccination to be allowed to work in or enter such establishments.”

“What makes these particular establishments so dangerous? Nothing.”

De Blasio announced in early August the city would require proof of vaccination at certain indoor businesses. The mandate, which took effect Tuesday, was the first of its kind in the U.S.

Restaurants can only seat patrons indoors if they have proof of vaccination. But data from December showed restaurants and bars barely accounted for any transmission, with 1.43% of transmission stemming from exposure at either establishment.