“How horrific that is going to be as we consign possibly hundreds if not thousands of Americans to be potential hostages inside of Afghanistan and certainly and our Afghans to be a near certain death,” Keane told Fox News’ “America Reports.”

“When the Taliban has all the time that they need to be deliberate and methodical about finding the Afghans who worked for the United States or for our coalition partners, they will go about systematically killing them and regrettably, even some of their family members,” Keane said.

The General said that this was “horrific behavior on the part of the United States,”

“This president … This absolute self-righteous stubbornness that he has, that he’s right on all issues, and this callous indifference to the people that we’ve worked with all these years and American citizens who will obviously be stranded here is astounding to me.”

The Fox News contributor said one of the unintended consequences of Biden’s actions has been to unify Americans around the opinion that Afghanistan “will become a base for terrorists who want to attack America.” Keane said that Biden was warned of this danger by his military and intelligence leaders “and he rejected” that advice.

“Now the American people are in sync with that rationale.”

Keane said the Biden administration made “a huge mistake” in not telling the Taliban that the U.S. was committed to rescuing every American and Afghan ally from the country no matter how long it took to complete that task. He maintained that America needed to declare its resolve that the Taliban would “suffer the consequences” if it interfered in that objective.

“Look at what we’ve done. It is shameful and it is embarrassing and it is betrayal because what will happen later on in the week here, is at some point because we are leaving, and we have to get our troops out at some point, we’re going to close that gate knowing full well there are American citizens documented on the other side of it and Afghans documented on the other side of it.”

The Taliban Wednesday encouraged females in Afghanistan to stay home because their rank and file members “have not been yet trained” to respect women’s rights. (RELATED: ‘The United States Is In Control Of Its Own Destiny’: Gen. Jack Keane Says US Cannot Allow Taliban To Impede Evacuation Process) 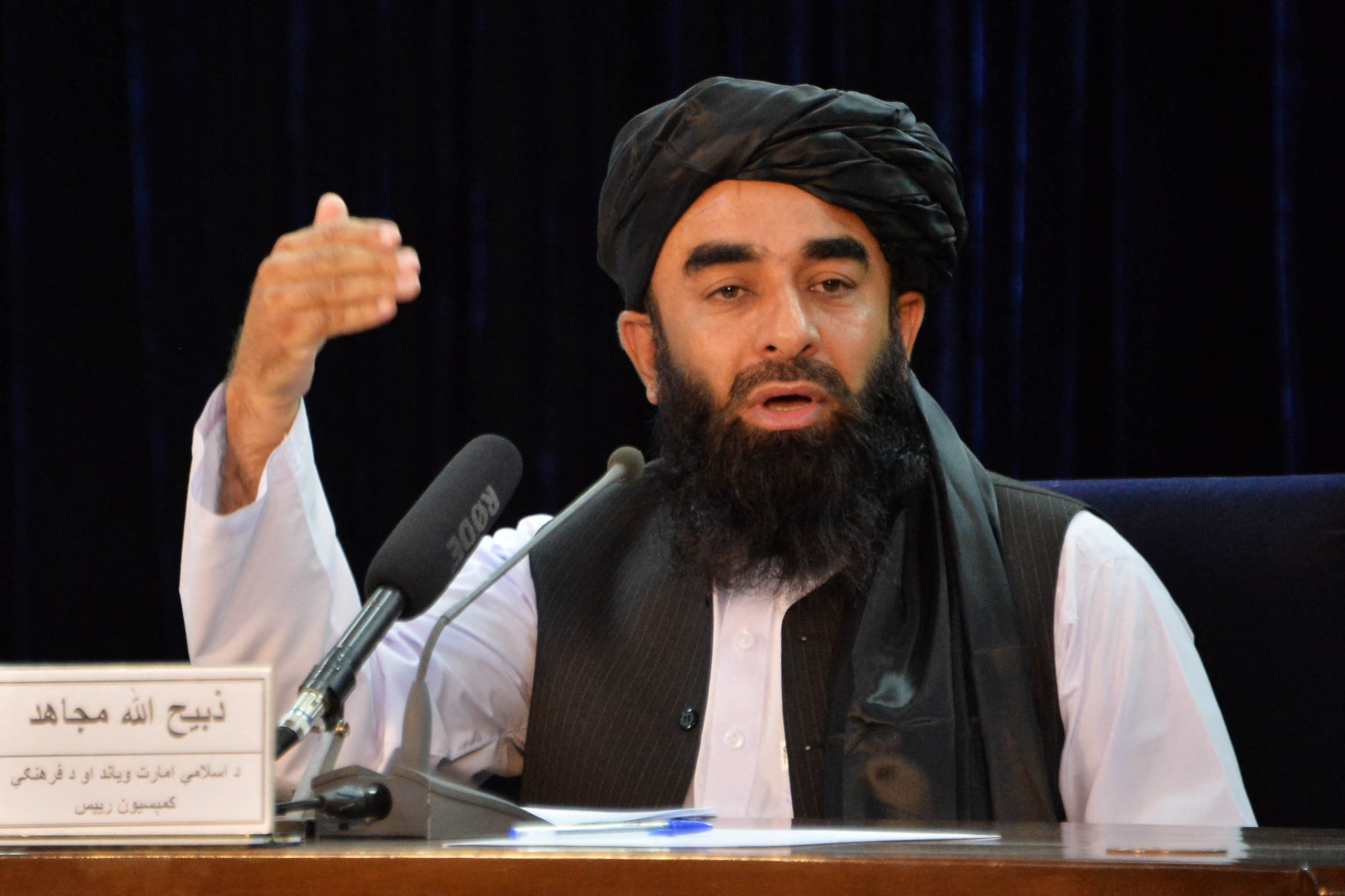 Taliban spokesperson Zabihullah Mujahid gestures as he speaks during a press conference in Kabul on August 24, 2021 after the Taliban stunning takeover of Afghanistan. (Photo by Hoshang Hashimi / AFP) (Photo by HOSHANG HASHIMI/AFP via Getty Images)

A female journalists said Wednesday that she has to move every day because she believes the Taliban will murder her if her location is known.